The Darkest Hours, before the collapse of countries flooded with invading migrants.
Most every countries citizens in the western world are growing tired of the endless never ending invasion from migrant invaders. 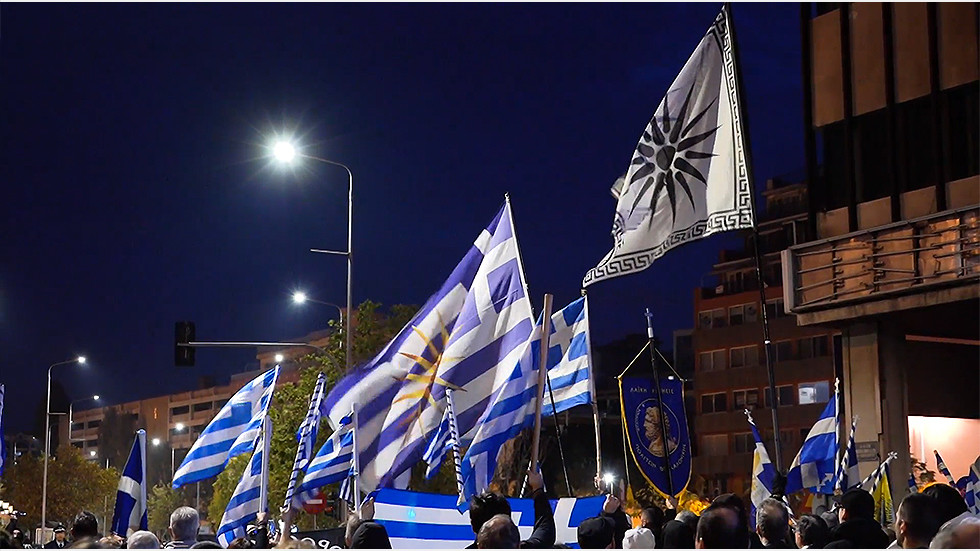 Greeks are the most recent groups upset at their government forcing yet more invading migrants on a Greek city.  The locals forced to host a fresh wave of migrant invaders, the local Greeks at their breaking point have had enough and took to the streets to protest the move.  Greek have an increase of growing anger over the influx of never ending refugees that have flooded into their country.

Protesters in the northern city of Thessaloniki called on Athens to expel all illegal immigrants and close the border to migrants. Footage from the march showed demonstrators carrying banners and Greek flags, while an activist at the front of the procession held an icon of the Virgin Mary.

Activists realize that their Orthodox beliefs are under siege by the Islamic threat, according to locals.

Thessaloniki and surrounding towns have been forced to host thousands and thousands of migrant invaders that Athens wants to transfer from overcrowded facilities on the Greek islands to the mainland. According to reports, over the weekend about 900 invaders were transferred from Greek islands to sites on the mainland. The government is planning to relocate another 20,000 refugees in total by the end of the year.

Greece has taken in “40,000 migrants and refugees” in the past four months alone,  Migration Minister Giorgos Koumoutsakos told local media.

Athens among other countries have repeatedly been at odds with Brussels over the European Union’s migrant policy. The country, already hampered by economic woes, has been one of the main entry points for invaders coming to Europe – and has been shouldering the burden of housing tens of thousands of invaders.

Time for proposals for retraining/reskilling of refugees for repatriation to nation of origin. Time for the people, the real sovereign of every country in the world, to take the matters into their hands and deal with treacherous politicians and false immigrants.

Greece should pull out of the EU, deport all foreigners they were forced to take and blockade all ports. Its either fight or be destroyed.

In Case You Missed It:  Get Ready for the Economic Collapse
Posted in Freedoms and tagged Europe, Greece, Illegal Immigration, invasion, Migrants.