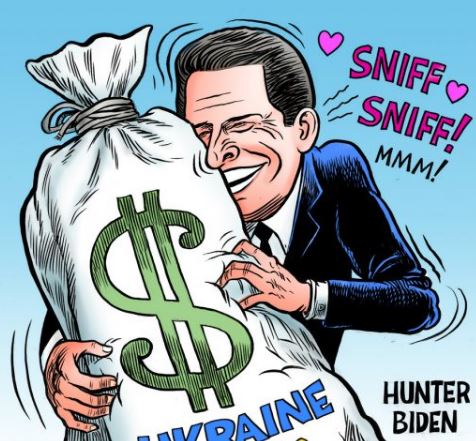 An investment firm linked to Hunter Biden received over $130 million in federal bailout loans while his father Joe Biden was vice president and routed profits through a subsidiary in the Cayman Islands to hide the funds, according to federal banking and corporate records reviewed by the Washington Examiner.

Financial experts said the offshore corporate structure  been was to shield earnings from U.S. taxes.

Rosemont Capital, an investment firm at the center of Hunter Biden’s much-scrutinized financial network, was one of the companies approved to participate in the 2009 federal loan program known as the Term Asset-Backed Securities Loan Facility, or TALF.

Under the program, the U.S. Treasury Department and the Federal Reserve Bank issued billions of dollars in highly favorable loans to select investors who agreed to buy bonds that banks were struggling to offload, including bundled college and auto loans.

Biden, Heinz, and Archer incorporated Rosemont Seneca Partners in Delaware on June 25, 2009. The “alternative investment and market advisory firm” was an offshoot of Rosemont Capital, which held a 50% stake in the new venture. Rosemont Seneca and Rosemont Capital shared the same office address in lower Manhattan and the same New York phone number, according to Securities and Exchange Commission documents. Three weeks after Rosemont Seneca was incorporated, a subsidiary of Rosemont Capital, called Rosemont TALF SPV, received $23.5 million in federal loans through the TALF program. This included $13.4 million to invest in student loans and $11.1 million to invest in subprime auto loans. Over five months, the company received a total of $130 million from the program in multiple installments for investments in subprime credit cards and residential mortgages.

Federal records report that 177 firms benefited from TALF — most of them had deep connections to Wall Street and Washington and there was virtually no exposure to the borrowers.

The borrowers either profited off of the bonds and if not, the feds would take over the depreciated bonds with no exposure to the borrowers — it was a win for the borrowers regardless of the performance.

To no one’s surprise Hunter’s daddy Joe Biden was a huge supporter of the bailout (started under George Bush) and was later expanded under Barack Obama.

Biden argued in 2009, that if not for the federal bailout, we would have gone into a depression.

Hunter Biden also admittedly made millions of dollars sitting on the board of Burisma Holdings, a Ukrainian natural gas company because his daddy was Vice President.

It sure pays to be a Democrat.

This is a great example of the suspicion of many Americans that these bailouts were used to benefit connected insiders while ordinary Americans went broke,” said Tom Anderson, director of the Government Integrity Project at the National Legal and Policy Center, an organization that was critical of TALF at the time.

Although the government stopped issuing the loans at the end of 2009, the names of the well connected borrowers and investors were later released — prompting new criticism from lawmakers and the press. In April 2011, Rolling Stone reported that millions in TALF loans had been issued to the wife of Morgan Stanley Chairman John Mack, Miami Dolphins owner H. Wayne Huizenga, and Wall Street titan John Paulson, dubbing the program “welfare for the rich.”

“Our jaws are literally dropping as we’re reading this,” Warren Gunnels, an aide to Sanders, told Rolling Stone. “Every one of these transactions is outrageous.”

In Case You Missed It:  MUST WATCH: The Babylon Bee SCORCHES Biden with Hysterical Song Parody “Biden, Did You Know?” (VIDEO)
Posted in Tyranny and tagged Banking, Crime, Democrats, Obamagate, Usurper Joe Biden.

Senate Judiciary Chairman Lindsey Graham announced this week that he will hold a hearing on Dec. 11 featuring Department of...