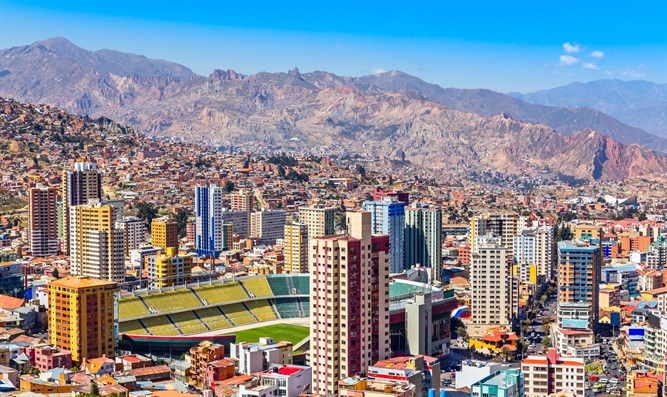 Longaric said the government plans to renew relations with Israel, a move that may benefit local tourism, but did not specify an exact date for the move.

”The Foreign Office has been working for a long time to promote the renewal of relations directly and also through the Brazilian President and the Brazilian Foreign Minister with whom I recently spoke on the issue at the UN Conference in New York.

“The departure of president Morales, who was hostile to Israel Morales, and his replacement with a friendly Israeli government, allows the process to mature,” the Foreign Minister explained.

Evo Morales resigned as President of Bolivia on November 10 amid protests over a disputed election and has fled to Mexico.

Defense Minister Naftali Bennett has instructed the Chief of Staff and the defense establishment to conduct a security feasibility study...