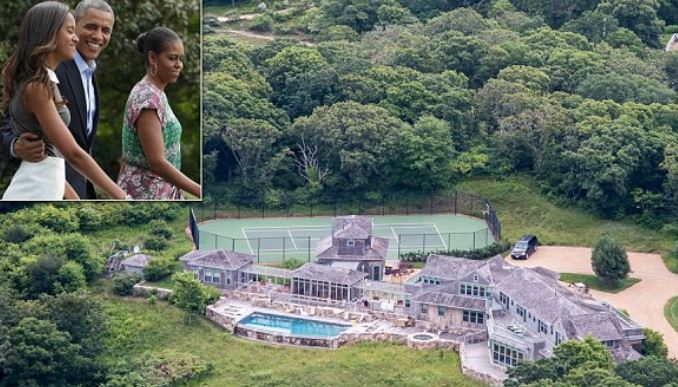 Is the ongoing LIVE televised Democrat Impeachment ‘Inquiry’ of President Donald Trump, a major distraction ruse to keep the masses from pondering how Barack and Michelle Obama became overnight multi-millionaires, said to have a net worth of $135 million?

The multi-millions are primarily Michelle’s moolah.

In a first-ever memoir, Michelle Obama was paid a $65 million advance for ‘Becoming’.

America’s biggest celeb couple raked in a $50 million deal with Netflix.  In addition, the former first lady reportedly commands a speaking fee of $225,000—without varying the topic based on the outrageous lie that ‘Capitalism is killing America’.

Did the Obamas deliberately make Michelle the principle cash cow in order to avoid criticism of an American president being truthfully portrayed as one of America’s top multi-millionaires?

What—if any—taxes did the Obamas pay on their $115 million windfall from the combined $65 million book advance and the $50 million Netflix deal?

Why are there no major media reports on it?

There are also no media reports on whether the Obamas donated any of their booty to charity, but a somewhat obscure one about their paying $11.75 million for a Martha’s Vineyard home on nearly 30 of God’s Little Green Acres.

“Michelle and Barack Obama’s bid to purchase a nearly $12-million dollar property appears to have been accepted. (Fox News, Dec. 5, 2019)

The Martha’s Vineyard estate sits close to a beach, has two guest wings, seven guest rooms, and measures out to be 6,900 square feet. They’ve rented the property over the summer and now seem ready to make it their own.

“Former President Barack Obama and former first lady Michelle Obama have purchased a nearly 7,000-square-foot home on Martha’s Vineyard in Massachusetts for $11.75 million, according to a report.

“The purchase price was recorded Wednesday with the local Registry of Deeds, the Vineyard Gazette reported.

“The Obamas paid about half the original asking price for the property when it first became available in 2015, the report said.”

This was when Obama—whose main aspiration in political life was the Fundamental Transformation of America—was still Commander in Chief.

“The sellers were listed as Wycliffe Grousebeck, owner of the Boston Celtics basketball team, and his wife Corinne Basler Grousbeck. (Fox News)

“The house is located in the Edgartown section on the eastern end of the island and sits on a property of more than 29 acres, the Gazette reported.

“It includes seven bedrooms, eight and a half bathrooms and several stone fireplaces, as well as a two-car garage, a barn and a swimming pool.

“The Obamas had rented the property during the summer, the report said. The couple reportedly had made an offer on the property in August.

“Attorneys for the Grousebecks would not comment on the transaction.

“The Obamas previously purchased a nine-bedroom house in Washington, paying a reported $8.1 million.”

This is the mansion within walking distance of the White House, from which Obama launched his post-president career as self-appointed “Resistance” leader.

“The Obamas have entered some lucrative business deals since leaving the White House.” (Fox News)

“Michelle Obama received a $65 million advance for her memoir, “Becoming,” while the pair also negotiated a $50 million deal with Netflix to develop programming.”

Let’s look closer at the shady $65 million book advance, then we go look at  another deal with Nexflix estimated $50 million for the Obama’s.

Then we can move on the the Netflix deal, Netflix was lobbying hard for Net Neutrality and Obama gave them what they wanted, and Netflix made hundreds of millions. Netflix paid the Obamas their kickback for their direct hand in crafting the 2015 Net Neutrality Laws that favored Netflix.

Why are the mainstream and social media providing wall to wall coverage of the phony Trump Impeachment ‘Inquiry’ but ignoring how the Obamas have become overnight multi-millionaires?

Obtaining phone logs of political rivals is a stunning abuse of congressional power. By Kimberley A. Strassel Fanatics can justify any...