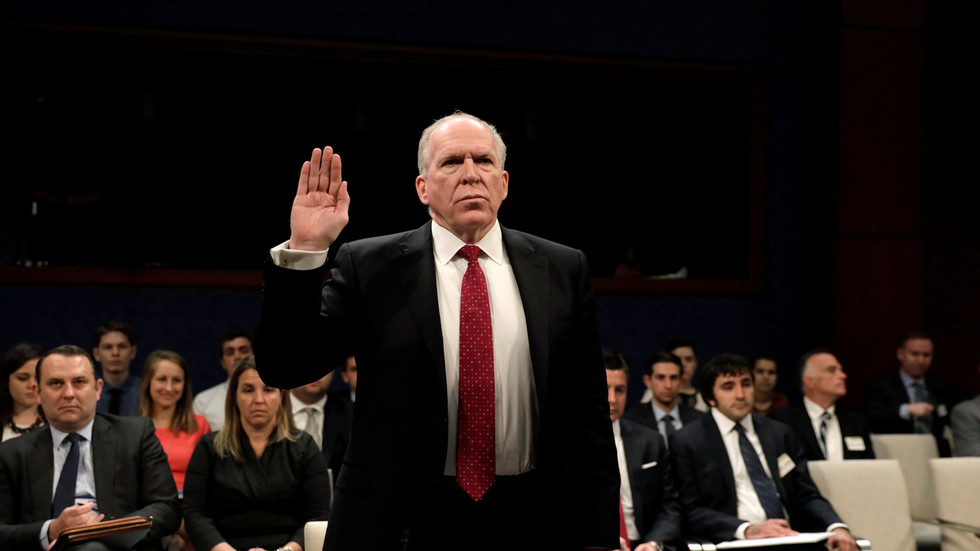 A dossier of salacious anti-Trump gossip was used to pad out the intelligence community report on supposed Russian election interference, and CIA Director John Brennan misled Congress about it, a new report reveals.

According to the Justice Department Inspector General’s report into the FBI’s surveillance of the Trump campaign, the information contained in the now-infamous ‘Steele Dossier’ was used to inform the Obama administration’s Intelligence Community Assessment (ICA) on Russia’s “Activities and Intentions in Recent US Elections,” published several weeks before President Donald Trump assumed office.

A summary of the dossier was included in the assessment, former FBI Director James Comey told the Inspector General’s office, because Brennan and a cohort of intelligence personnel felt it “important enough and consistent enough” to warrant entry.

This also proves that John Brennan lied under oath about whether the Steele dossier was used in the Obama admin’s Intelligence Community Assessment on Russia.

The ICA bolstered the arguments of ‘Russiagate’ proponents on Capitol Hill, and allowed lawmakers to accuse those critical of its findings of disagreeing with the combined intelligence apparatus of the United States.

This line of attack was deployed to derail the summit between Trump and Russian President Vladimir Putin in Helsinki last year. A parade of Democrats slammed Trump for siding with Putin over the US spy agencies, when he refused to sufficiently grill the Russian leader on his alleged election meddling. Brennan himself was among those who called Trump “treasonous” for disregarding the ICA.

Donald Trump’s press conference performance in Helsinki rises to & exceeds the threshold of “high crimes & misdemeanors.” It was nothing short of treasonous. Not only were Trump’s comments imbecilic, he is wholly in the pocket of Putin. Republican Patriots: Where are you???

However, the ICA itself had been discredited long before Helsinki. Once it emerged that the Steele Dossier – which among other things, accused Trump of hiring prostitutes to urinate on a bed in a Moscow hotel room – was unverifiable and most likely false, Brennan was grilled by Congress.

During a 2017 House Intelligence Committee session, then-congressman Trey Gowdy (R-South Carolina) asked Brennan if the Steele Dossier had been used in compiling the ICA. The former CIA chief replied, “no.”

“It wasn’t part of the corpus of intelligence information that we had,” Brennan expounded. “It was not in any way used as a basis for the Intelligence Community assessment that was done. It was not.”

Trump has long accused Brennan of knowingly including the “phony dossier” in the ICA. According to the Inspector General’s report, the president was right, and Brennan lied to Congress under oath.

In Case You Missed It:  Gov. Kathy Hochul on Winter Storm: “The Effects of Climate Change are Wreaking Havoc Everywhere”
Posted in Tyranny and tagged CIA, lie, Obama, Spygate.

AG Bill Barr wrote a scathing memo on the IG’s report on FISA abuse stating that the there was horrible...