Attacks against Christianity are widely ignored by the liberal media 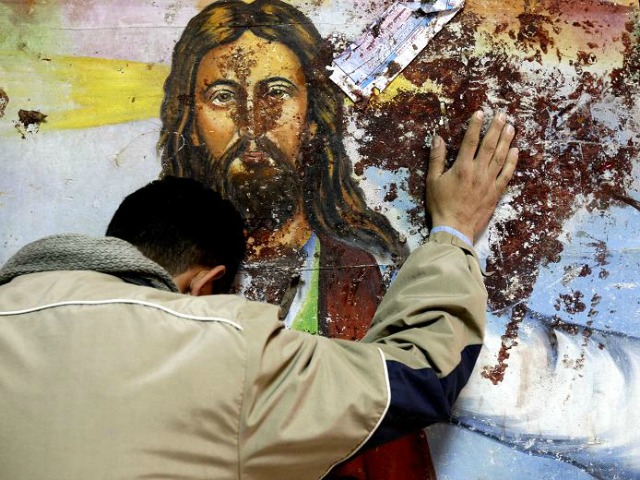 Christians are the number one most persecuted group worldwide, yet attacks against Christianity are widely ignored by the mainstream media.

During the Sri Lanka Easter attacks against Christian worshippers on April 21, five hundred people were wounded and 259 were confirmed dead.

These attacks were another senseless assault on “humanity,” according to mainstream media and many in the international community.The horrific destruction of Christian churches and their worshipers on Easter morning was not motivated by generic hatred, however.

We know exactly why these men, women, and children died: They were killed because of their Christian faith.

Three bombs ripped through Christian churches on the holiest day in the Christian calendar, killing hundreds who had gathered peacefully to celebrate Christ’s resurrection from the dead.

According to the Daily Signal, international leaders studiously avoided calling this what it is: anti-Christian persecution.Former President Barack Obama tweeted, “The attacks on tourists and Easter worshippers in Sri Lanka are an attack on humanity.”

The attacks on tourists and Easter worshippers in Sri Lanka are an attack on humanity. On a day devoted to love, redemption, and renewal, we pray for the victims and stand with the people of Sri Lanka.

On this holy weekend for many faiths, we must stand united against hatred and violence. I'm praying for everyone affected by today's horrific attacks on Easter worshippers and travelers in Sri Lanka.

Indian Prime Minister Narendra Modi condemned “the horrific blasts in Sri Lanka,” but said nothing about how the violence targeted Christians, and Turkish President Tayyip Erdogan called the attacks “an assault on all humanity.”

All that is true, but it is not enough—especially given the fact that Obama and Clinton expressly mentioned the Jewish and Muslim communities after previous attacks on a synagogue and a mosque.

Post-Sri Lanka, these leaders avoided the word “church” and said nothing about the global Christian community—or about the reality that Christians are now the most persecuted religious group in the world.

In fact, just one day after the bombings, CNN completely ignored the attacks in a series of town halls.

Many journalists actually scoffed at the notion that Christians face intense persecution around the globe.

Pointing out the double standard here might strike some as petty scorekeeping. But words matter. 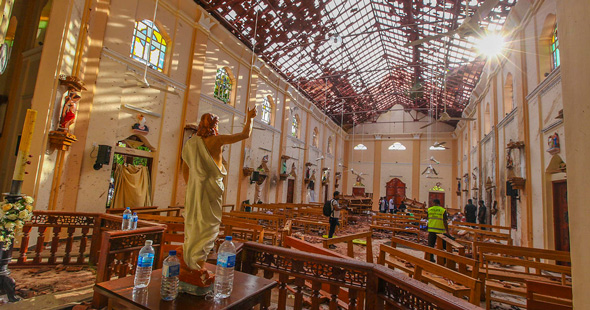 The truth is that Christians globally are facing the same hatred that spurred the Sri Lanka attacks. Consider:

Asia, where Sri Lankan Christians regularly face the destruction of their churches and physical assault. Christians in India likewise endure extreme persecution from Hindu extremists while the Indian government does little to stop it. In North Korea, Christians who are found out are killed or imprisoned in labor camps, and their families punished as well. Under President Xi Jinping, China has shut down or demolished thousands of churches, arrested thousands of Christians and church leaders, and is even now producing its own Communist Party-friendly version of the Bible. This year across Asia, 1 in 3 Christians will likely experience repression and persecution because of their faith.

The Middle East, where since 2011, over 200,000 Coptic Christians from Egypt have been forced to flee their homes, and where two years ago, dozens were murdered in Palm Sunday church bombings. In addition, Syrian Christians fear for their lives, and over a million Iraqi Christians since 2003 have fled to avoid persecution.

Africa, where 2 million Nigerians, including many Christians, have been driven from their homes by Islamist extremists, with thousands brutally murdered. In Libya and Somalia, radical Islamist militias openly hunt down and kill Christians. A new wave of attacks in recent weeks by Islamist terrorists in Burkina Faso have targeted and killed Christians there during worship, with far too few Western leaders speaking out.

Europe, where last year in France, two Christian churches were desecrated every single day. In Germany, Christians who have fled persecution in the Middle East now face harassment and oppression that is painfully similar to what they left behind.

The Christians who died on Easter in Sri Lanka were not victims of isolated, senseless terrorism.They were victims of a global—and escalating—hatred of Christianity.Like the millions of other Christians whose lives are increasingly forfeit for their faith, the martyrs of Sri Lanka deserve the truth be told 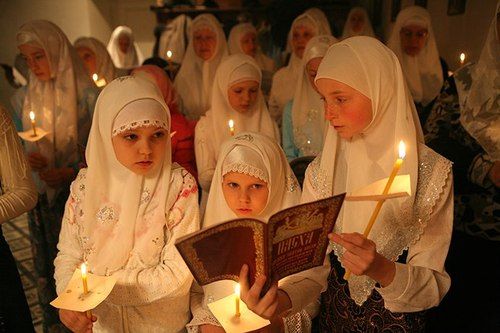 about why they died.

The best tribute we can give them is not shock or wistful eulogies.Their enduring legacy should be a new determination—on the part of world leaders everywhere—to promote and defend religious freedom.President of the European Parliament Antonio Tajani was one of the few world leaders to speak the truth about these attacks and about Christian persecution when he tweeted: “Even on Easter Sunday, there are those who sow hatred and reap death.

“The attacks in Sri Lanka churches testify to a real genocide perpetrated against Christians.”Let us pray for the innocent victims and work towards religious freedom around the world.”Even on Easter Sunday, there are those who sow hatred and reap death.

The attacks in #SriLanka churches testify to a real genocide perpetrated against Christians. Let us pray for the innocent victims and work towards religious freedom around the world.— David Sassoli (@EP_President) April 21, 2019

The perpetrators of these attacks are part of a growing genocidal effort worldwide to eradicate Christianity.Only by identifying their motive can we effectively counter and end this brutal agenda.

House Republicans sought earlier this week to get a minority hearing to call their own witnesses, as was done in...