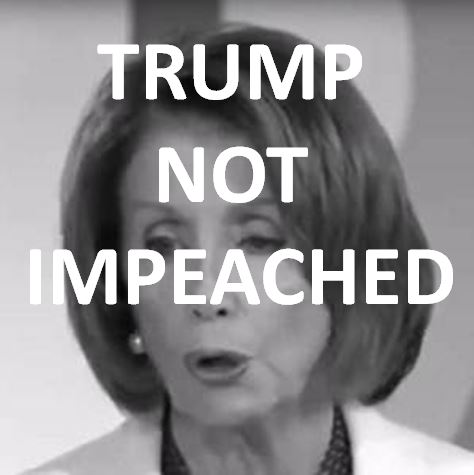 Impeachment is the process by which a legislative body levels charges against a government official.  Impeachment  is similar to an indictment in criminal law, and thus it is essentially the statement of charges against the official.
If Prosecutors in criminal lawn case never send the charges to the courts, then there is no indictment. The same rule applies with impeachment. As of today Dec 19th Trump has NOT been impeached.
Feldman,  argues in a Bloomberg Op-Ed that the framers’ definition of impeachment “assumed that impeachment was a process, not just a House vote,” and that “Strictly speaking, “impeachment” occurred – and occurs — when the articles of impeachment are presented to the Senate for trial. And at that point, the Senate is obliged by the Constitution to hold a trial.”

If the House does not communicate its impeachment to the Senate, it hasn’t actually impeached the president. If the articles are not transmitted, Trump could legitimately say that he wasn’t truly impeached at all.

That’s because “impeachment” under the Constitution means the House sending its approved articles of to the Senate, with House managers standing up in the Senate and saying the president is impeached.

As for the headlines we saw after the House vote saying, “TRUMP IMPEACHED,” those are a media shorthand, not a technically correct legal statement. So far, the House has voted to impeach (future tense) Trump. He isn’t impeached (past tense) until the articles go to the Senate and the House members deliver the message. -Noah Feldman

Pelosi, meanwhile, won’t transmit the articles until the Senate holds what she considers a “fair” trial.

Article II outlines says the president “shall be removed from office on impeachment for, and conviction of, treason, bribery, or other high Crimes and Misdemeanors.”

But we can say with some confidence that only the Senate is empowered to judge the fairness of its own trial – that’s what the “sole power to try all impeachments” means.

A president who has been genuinely impeached must constitutionally have the opportunity to defend himself before the Senate. That’s built into the constitutional logic of impeachment, which demands a trial before removal.

To be sure, if the House just never sends its articles of impeachment to the Senate, there can be no trial there. That’s what the “sole power to impeach” means.

In closing, Feldman says “if the House never sends the articles, then Trump could say with strong justification that he was never actually impeached,” adding “And that’s probably not the message Congressional Democrats are hoping to send.”

In Case You Missed It:  The CDC Extends Its Eviction Moratorium for Landlords for Another Three Months Through June
Posted in Tyranny and tagged Democrats, Impeachment.

On This Day... Dec 19, 2016: Ankara, Turkey The Russian ambassador is assassinated at an art exhibit by a Muslim...