The Iranian regime is humiliated but weakened inside and outside the country. The US has proven it is strong and unpredictable. The Iranian response will include demonstrating and threatening but what else which could hurt the enemy without calling for a massive US reaction?

According to Iraqi TV and three Iraqi officials and an Iranian General Qassim Soleimani, a top commander of Iran’s Quds Force, was killed in an airstrike at Baghdad’s International Airport.

#BREAKING #NOW
The Security Media Cell of the Iraqi Prime Minister confirms that 3 rockets have landed in the vicinity of #Baghdad Airport and that a number of Iraqi civilians have been injured.#Iraq #Iran #USA #IRGC pic.twitter.com/spFYZ74pJL

Iraqi TV and three Iraqi officials said Friday that Gen. Qassim Soleimani, the head of Iran’s elite Quds Force, has been killed in an airstrike at Baghdad’s international airport.

The PMF blamed the United States for an attack at Baghdad International Airport Friday.

There was no immediate comment from the U.S. or Iran.

Seven people were reportedly killed on Friday during the airstrike in Baghdad.

Breaking: Head of protocol affairs in the PMF committee Mohammed Ridha was killed along side “his guests” during an attack on two SUVs on the main road of Baghdad Airport #Baghdad #Iraq pic.twitter.com/2sNj0drylL

It is unclear who fired the missile or rocket but it followed Tuesday and Wednesday’s Iranian-backed proxy groups’ attacks on the US Embassy in Baghdad.

On Thursday, the leader of the Iranian Revolutionary Guards Corps threatened the United States. 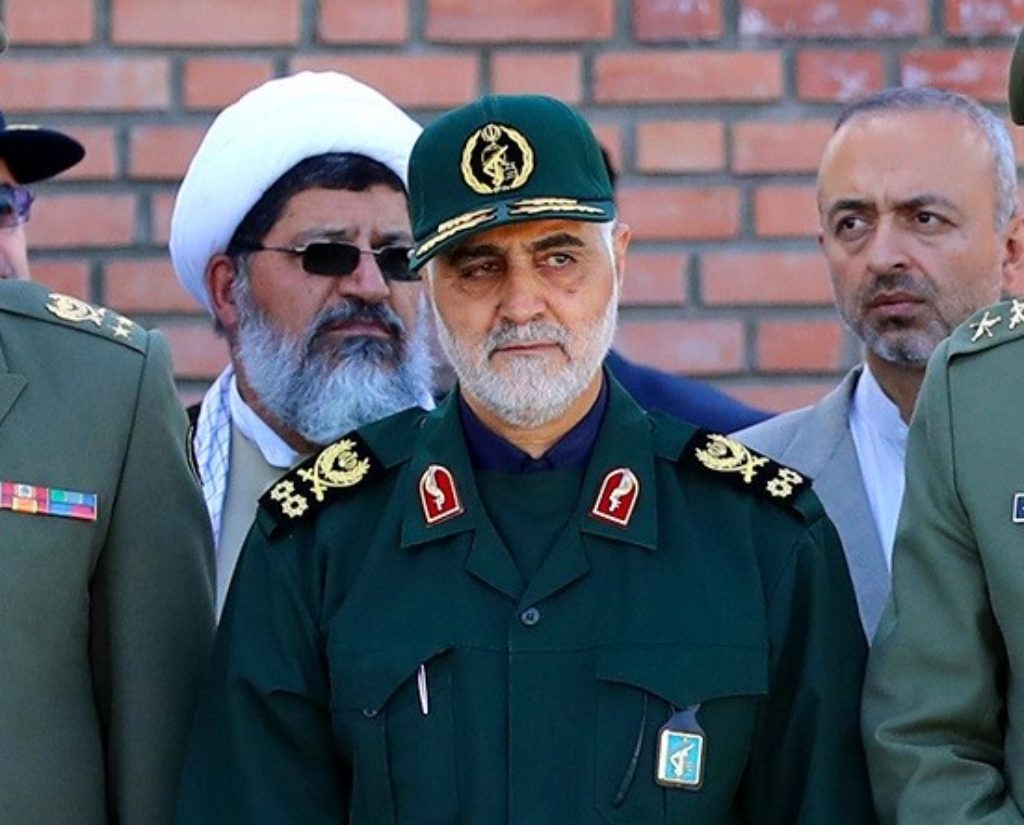 Salami added that Iran is not afraid of any war.

“There are some indications out there that they [Iran and their proxies] may be planning additional attacks,” Secretary of Defense Mark Esper said at the Pentagon earlier Thursday.

“So do I think they may do something? Yes, and they will likely regret it,” Esper added.

Iran-backed Popular Mobilization Forces (PMF) said that two of its vehicles in a convoy passing by the airport were struck, in what apparently was a high-precision attack by the US forces.

The umbrella group of Shia militias integrated into the Iraq’s armed forces was blamed for the siege of the US embassy in Baghdad earlier this week.

Muhammad Reza Al-Jabri, director of public relations at the PMF, was reportedly killed in the strike. The two vehicles were captured on video burning on the road leading to the airport.

?? #BREAKING: Reports of a drone strike killing head of #Iraq PMF protocol affairs Mohammed Ridha and his “his guests” during an attack on two SUVs on the main road of Baghdad Airport. A significant move if true.

The incident forced the airport into an immediate shutdown. All inbound and outbound flights at the airport have been cancelled or diverted for the time being.

The airport is located next to the Baghdad Diplomatic Support Center (BDSC), which is used by diplomats and intelligence operatives, as well as the US-led anti-terrorist coalition forces in Iraq. The area is also home to the joint counter-terrorism center.

The strikes come amid soaring tensions between Tehran and Washington over recent events in Iraq. A US air raid on an Iraqi Shia militia last weekend triggered a heated demonstration at the US embassy complex in Baghdad’s heavily fortified Green Zone on Tuesday. Protesters smashed windows, set fires and chanted anti-American slogans. Washington insisted the raid was in retaliation for a militia rocket attack on a US base in Kirkuk, and that Iran provided backing for the assault, though offering no evidence for the claim.

In Case You Missed It:  HOSPITALS MOBBED with every room and even HALLWAYS occupied with portable cots … has the spike protein apocalypse begun?
Posted in Freedoms and tagged Iran, Iraq, United Socialist States of America.

(ZeroHedge) California is poised to lose multiple congressional seats after the 2020 census for the first time in the state's...