Australia is facing record fires this year, many on the left ate linking the fires to “climate change”.  The climate alarmist and Environmentalists were quick to blame global warming while ignoring the true cause of the fires, arson.

At least 25 people have been killed and hundreds of millions of animals have perished in the blazes. 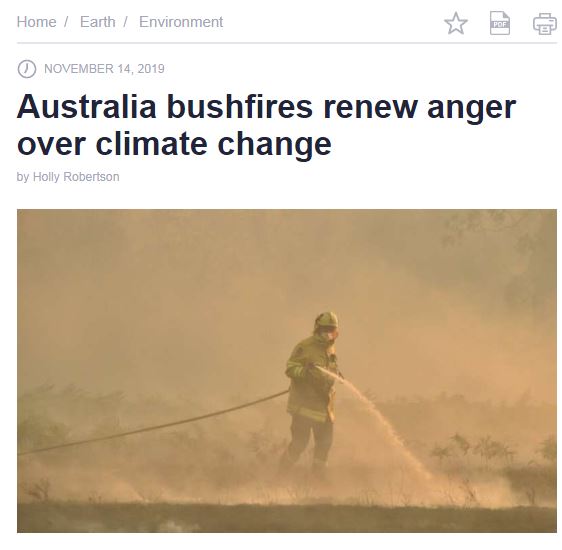 While the left further pushed their climate agena the reality is much different. Are the fires caused by climate change, or arsonist?

According to Summit News 83 people have been arrested by Aussie police over the last few months for starting bushfires.

Experts believe 85% of the fires are caused by humans.
Breitbart.com reported:

Overall, across Australia police arrested 183 people for lighting bushfires across Queensland, NSW, Victoria, South Australia and Tasmania in the past few months.

The link between arsonsists and the deadly fires that devastate Australia every summer is well known and well documented, with the rate of deliberately lit fires escalating rapidly during the school holiday period.

The Conversation reports experts estimate about 85 percent of bushfires are caused by humans. A person may accidentally or carelessly start a fire, such as leaving a campfire unattended or using machinery which creates sparks.

Police are now working on the premise arson is to blame for much of the devastation caused this bushfire season. A strike force will investigate whether blazes were deliberately lit, and bring those responsible to justice. https://t.co/TWh1KQycs4 @ebatten7 #NSWFires #7NEWS pic.twitter.com/Dul8dMFrZv

In Case You Missed It:  America's new future begins TODAY as voters choose HOPE over the FEAR and terror of authoritarian Democrats and the whole corrupt cabal
Posted in Freedoms and tagged Australia, Climate, Global Warming.

Veterans Affairs Secretary Robert Wilkie brings a personal and family history of military service to his high-profile job—characteristics that have...