The House managers appointed Wednesday will act as prosecutors, making the case to remove President Donald Trump from office during the Senate impeachment trial expected to begin next week.

In a near party-line vote, the Democrat-controlled House on Dec. 19 impeached Trump on charges of abuse of power and obstruction of Congress.

Democrats contend that Trump—during a call with Ukrainian President Volodymyr Zelenskyy—solicited foreign interference in the 2020 election by talking about the role of former Vice President Joe Biden’s son Hunter Biden as a highly paid board member of the Ukrainian energy firm Burisma.

Chief Justice John Roberts, as provided by the Constitution, will preside over the Senate trial.

Here’s what to know about the seven impeachment managers. 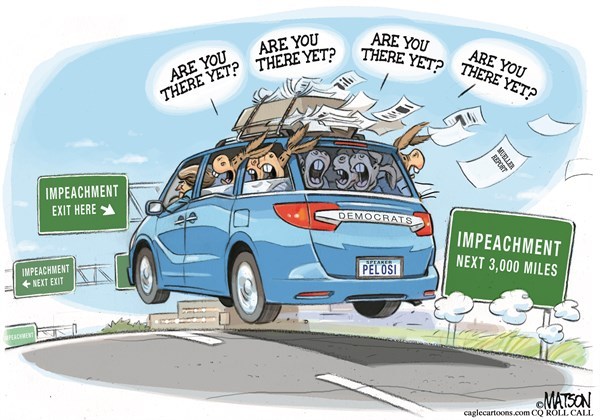 Schiff, D-Calif., is a former federal prosecutor in California. This marks the third time he has been a manager in a Senate impeachment trial. In 2009 and 2010, he helped lead two bipartisan cases against federal judges.

Schiff, 59, pushed the “Russia collusion” narrative in the House, first as the ranking member of the House Permanent Select Committee on Intelligence, and then as the chairman after Democrats won the House majority in the 2018 elections.

Schiff first was elected in 2000, interestingly by running against the incumbent Republican, Rep. James Rogan, over his role as an impeachment manager in the 1998 Senate trial of President Bill Clinton.

Schiff came under scrutiny during his committee’s first hearing focused on Trump’s July 25 call to Zelenskyy, when he mischaracterized what the president said as captured by an official White House transcript.

When Republican lawmakers and others called him on it, Schiff said his summary of Trump’s words was a “parody.”

Schiff also didn’t tell the truth when he initially said that neither he nor his staff had previous contact with the whistleblower who brought the Trump-Zelenskyy call to public attention.

The Washington Post’s fact-checker gave him “four Pinocchios,” PolitiFact ranked the claim as “false,” and Factcheck.org said Schiff was “wrong.”

Nadler, chairman of the House Judiciary Committee, was among those on that committee who spoke out loudly against impeaching Clinton in 1998.

The New York Democrat called the Clinton impeachment a “coup d’etat” and said:  “Members of Congress have no power, indeed they have no rights, to arrogate to themselves the power to nullify an election absent such a compelling threat.”

Nadler, 72, first was elected to the House in a special election in 1993. Before that, he was a member of the New York State Assembly, where he clashed with then-real estate mogul Donald Trump over a Manhattan development project.

Lofgren, a California Democrat, was among the 69 lawmakers who boycotted Trump’s inauguration.

First elected to the House in 1994, she previously was a staffer for the House Judiciary Committee during the impeachment inquiry targeting President Richard Nixon in 1974.

A former immigration lawyer, Lofgren, 72, also has clashed with the Trump administration as chairwoman of the Judiciary Committee’s subcommittee on immigration and citizenship.

Jeffries, D-N.Y., chairman of the House Democratic Caucus, first was elected to the House in 2012.

Jeffries, 49, was part of the law firm of Paul, Weiss, Rifkind, Wharton Garrison. He later worked as a corporate counsel for  Viacom and CBS.

In a House floor speech on June 12, 2017, he drew a connection between Trump and racism, saying:

Why were so many people who worship at the altar of white supremacy drawn to Donald Trump’s campaign? What was it about this individual that so many folks dripping in hatred flocked to his candidacy?

Although most of the House impeachment managers are lawyers, Demings, a Florida Democrat, comes to the case with a 27-year career in law enforcement that culminated in becoming the first female police chief in Orlando, Florida.

Demings, 62, first was elected to her seat in 2016. She is married to Jerry Demings, mayor of Orange County, Florida.

Crow, of Colorado, was elected as part of the Democrat wave of 2018.

A lawyer, he was formerly an Army Ranger who served in both Afghanistan and Iraq. He was awarded a Bronze Star.

Garcia, also a freshman House member, previously served as a Houston Municipal Court judge, appointed by that city’s mayor and reappointed by a subsequent mayor.

Garcia, 69, was elected as Houston city controller in the late 1990s.

In 2013, she won a special election for a Texas state Senate seat, and held it until being elected to Congress.

by Cristina Laila Senate Majority Leader Mitch McConnell (R-KY) on Wednesday blasted House Democrats and made the case for Trump’s...