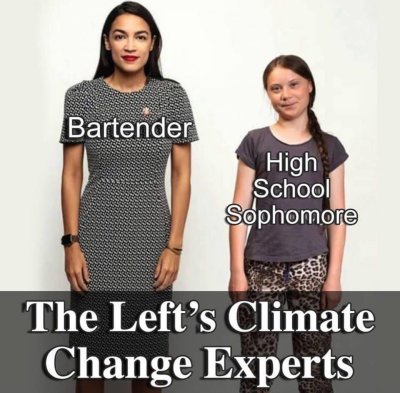 Michael D. Shellenberger, President of Environmental Progress, ripped the far-left extremist rhetoric parroted by fringe activist Greta Thunberg and socialist Rep. Alexandria Ocasio-Cortez (D-NY) during his testimony in front of the House Committee On Science, Space, and Technology on the science of climate change.

Shellenberger — who is a regular contributor in some of America’s largest publications like The New York Times, The Washington Post, and Forbes — ripped apart many of the extreme claims made by Ocasio-Cortez and Thunberg.

Shellenberger began by highlighting his background, telling the Committee: “I am an energy analyst and environmentalist dedicated to the goals of universal prosperity, peace, and environmental protection. Between 2003 and 2009 I advocated for a large federal investment in renewables, many of which were made as part of the 2009 stimulus. And since 2013 I have advocated for the continued operation of nuclear plants around the world and thus helped prevent emissions from increasing the equivalent of adding 24 million cars to the road.”

“I also care about getting the facts and science right. I believe that scientists, journalists, and advocates have an obligation to represent climate science accurately, even if doing so reduces the saliency of our concerns,” Shellenberger continued. “No credible scientific body has claimed climate change threatens the collapse of civilization much less the extinction of the human species. And yet some activists, scientists, and journalists make such apocalyptic assertions, which I believe contribute to rising levels of anxiety, including among adolescents, and worsening political polarization.”

Shellenberger’s remarks are an apparent shot at Thunberg’s claim that “we are in the beginning of a mass extinction” and Ocasio-Cortez’ claim that “we have 10 years left to plan and implement a Green New Deal before cataclysmic climate disaster.”

“My colleagues and I have carefully reviewed the science, interviewed the individuals who make such claims, and written a series of articles debunking them,” Shellenberger continued. “In response, the Intergovernmental Panel on Climate Change invited me to review its next Assessment Report, and Harper Collins will publish our research findings this June.”

“While climate change may make some natural disasters more frequent and extreme, the death toll from extreme events could and should continue to decline, as it did over the last century by over 90 percent, even as the global population quadrupled,” Shellenberger continued. “Does that mean we shouldn’t worry about climate change? Of course not. Policymakers routinely take action on non-apocalyptic problems. And the risk of crossing unknown tipping points rises with higher temperatures.”

It’s important to note that Shellenberger is not a climate change denier, rather, he looks at what the science says and does not over-exaggerate scientific findings to advance a political agenda.

Shellenberger noted that the most important measure that governments need to undertake in order to reduce climate change “is the expanded use of nuclear energy.”

“Thanks in part to decades of public and private investment in fracking, natural gas is today cheap and abundant and thus needs little in terms of new public policy,” Shellenberger continued. “Solar and wind energy are popular but their inherent unreliability, large land use requirements, and large materials requirements mean they make electricity expensive, have large environmental impacts, and are inherently limited in their capacity to replace fossil fuels.”

“The U.S. invented nuclear energy for civilian use in the 1950s and yet over three-quarters of new nuclear reactors globally are being built by the Chinese or Russians,” Shellenberger continued. “Everyone recognizes that for the US to compete in building nuclear plants abroad we must build them at home and yet electric utilities may close half of America’s nuclear plants over the next two decades.”

4 Things to Know About Lev Parnas, the Left’s New Hero

An associate of former New York Mayor Rudy Giuliani, one of the president’s personal lawyers, is the left’s new hero...