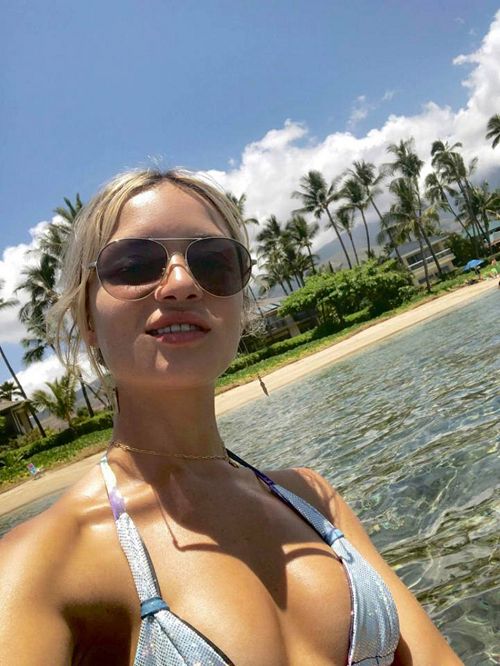 In an apparent trashy side story, Joe Biden’s son Hunter has an Arkansas judge after him for failing to comply, for the third time, to submitting a financial statement so as to determine how much side support he need to pay for the child that came of his congress with an Arkansas escort he slept with.

The judge is angry:

On Tuesday, an Arkansas judge ordered Hunter Biden, the youngest son of former Vice President Joe Biden, to appear in court and explain why he should not be held in contempt for violating numerous court orders to provide financial information in his Arkansas paternity case.

In the case, Lunden Alexis Roberts, a former Washington, D.C., stripper and escort, has reportedly been awarded full custody and is seeking child support after a November DNA test confirmed that Roberts’ son — born in August 2018 — was indeed Hunter Biden’s child. Biden has refused to hand over financial records, despite a December 6 order to do so, the Arkansas Democrat-Gazette reported. He missed deadlines on December 12 and December 19, and most recently on January 16.

While questions about Hunter Biden’s finances — particularly his employment history at the notoriously corrupt Ukrainian gas firm Burisma and his father’s efforts to get the prosecutor investigating Burisma fired — feature in the Trump impeachment battle, Roberts’ lawyer insisted that the paternity case has nothing to do with impeachment.

Baby-daddy Hunter has been told to show up in Arkansas to explain to the judge just why he won’t turn in his financial statements. He argues it’s all political, but the judge says it’s all to determine how much child support he has to pay. And he agreed to accommodate Hunter by sealing the records.
It’s been all for naught. Hunter made a litany of excuses even then and now the judge is sick of it.
Which raises questions about just what Hunter might be hiding.
Alana Goodman at the Washington Examiner reports that while Hunter says he’s ‘unemployed’ with no income, he’s somehow living in $12,000 a month rented Hollywood Hills mansion with million-dollar views on four sides of the spread.
Here’s the house. Here’s the neighborhood.
She dug deeper to find that Biden’s China interests are registered right at the residence, too:

One of Biden’s businesses, Skaneateles LLC, is registered to the Hollywood Hills address, according to corporate records. Biden used the company to purchase a 10% equity stock in Chinese investment fund BHR Equity Investment Fund Management Co. in 2017, according to his attorney.

Biden’s business dealings in China have faced scrutiny during his father’s presidential campaign. Hunter Biden said he would step down from the board of the BHR investment fund in October, although he has not said whether he would divest his shares in the company. He is still the director at Skaneateles LLC, the company he used to purchase equity in the Chinese fund, the Daily Caller reported in October.

In December, Biden was spotted driving around Los Angeles in a new, white Porsche Panamera, according to the New York Post.

The implicit suggestion from it, given that Biden doesn’t work for a living, is that the Chicoms might just be paying for it. Or maybe the Ukrainians of Burisma. He seems to be on someone’s string.
Which brings Biden inevitably back into impeachment, given that Biden’s corrupt deal with Burisma, riding on the coat-tails of poppa Joe’s vice presidential influence, were the premise for the entire impeachment drama.
And in fact, as Andrew McCarthy points out in a must-read essay called “On the Bidens, Schiff Opened the Door,” Hunter Biden and maybe old Joe too are now in the impeachment stew whether they like it or not, because House impeachment spearhead Adam Schiff has actually taken them that way. He writes:

In sum, the House’s chief prosecutor represented to the American people that President Trump had asked his Ukrainian counterpart to fabricate a false case against Biden. In any court in America, that would open the door to the Trump defense team to show that this was not the president’s intention at all; he was simply asking Zelensky to look into a situation that cried out for an inquiry.

In light of Schiff’s explicit allegation, the president is entitled to an opportunity to show that there was reason for him to believe that a notoriously corrupt Ukrainian energy company had retained Hunter Biden and paid him a fortune despite his lack of qualifications; and that later, despite the blatant conflict of interest, then–vice president Biden extorted Ukraine into firing a prosecutor who was investigating the company, threatening to withhold $1 billion in desperately needed funds.

Schiff insists that Trump’s claims in this regard are false. But his mere say-so does not prove falsity, no more than his mere say-so proves that Trump wanted Ukraine to “make up dirt” on Biden. Figuring out who has the better of a factual dispute is what a trial is about. If a litigant does not want to create a dispute, it’s up to the litigant to steer clear of the issue.

Adam Schiff steered his case straight into the Bidens.

And what a coincidence, we have Hunter Biden being called to disclose his finances as the baby daddy to an Arkansas escort and her call for child support. You’d think Biden would just shell out to get his name out of the spotlight, but maybe someone else is holding his money. In exchange for … who knows.
That’s a mighty uncomfortable position to be in as the oil slick of impeachment edges closer and closer to him. Schiff, of course, is attempting to protect him. But the Senate isn’t his arena. It’s Mitch McConnell’s turn now and the president’s office is at stake. Hunter’s appearance, along with revelations of his financial dealings, ought to pretty well prove that President Trump was not making anything up. The Hunter Biden ‘did nothing wrong’ narrative is bound to go out the window, and take the Schiff show down with it, too.
Amazing what an Arkansas escort can do, and politicians cannot!
VN:F [1.9.22_1171]
calculating...
Rating: 0.0/10 (0 votes cast)

Sen. Ted Cruz (R-TX) said this week that Democrats have made a “very serious strategic error” while trying to bolster...