NYPD Police Commissioner Dermot Shea blamed Democrats’ bail reform during a press conference on Friday, saying that it was responsible for an explosion of crime around the city. 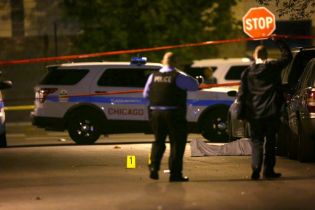 “Since 2020 began, as of Friday at midnight, robberies are up 32.5 percent, car theft is up 61 percent and burglaries are up 18 percent compared to the same time period last year,” the New York Post reported. “And the numbers aren’t fractions either — a total of 233 more robberies have happened this year compared to last, 159 more car thefts and 125 more burglaries, just in the last three weeks.”

“In the first three weeks of this year, we’re seeing significant spikes in crime. So either we forgot how to police New York City, or there’s a correlation,” Shea said. “If you let out individuals that commit a lot of crime, that’s precision policing in reverse and we’re seeing the effects in a very quick time, and that is why we’re so concerned.”

“People say it just took effect, you can’t have consequences already. Take a look at the comp stat,” Shea continued. “We’re seeing it immediately at the same time that you have [state and local jail] populations dropping significantly. Now don’t tell me there’s not a correlation to that.”

“You have to have a situation where dangerous individuals, or individuals that repeatedly commit crimes and victimize people, are kept in,” Shea added. “And if judges don’t have that ability, I think we’re all in trouble, and I don’t think any New Yorker wants that to happen.”

Shea also hammered the new discovery laws that went into effect, noting that it needs to be addressed immediately.

“The second piece is going to take longer and then it’s going to be a one-two punch as discovery takes hold,” Shea said. “Discovery is going to change how crimes are prosecuted in New York. … When you have instances where witnesses and victims will be afraid to call the police, that is a real problem and that needs to be fixed… this is something that affects all New Yorkers.”

A separate report from the New York Post noted that the new law has freed nearly 20% of New York’s prison population.

“Department of Correction statistics show there were a total of 5,569 people in city jails on Thursday, a 19% drop from the 6,877 counted on Nov. 21,” the New York Post reported. “Despite freed defendants getting busted for more alleged crimes — including accused bank robber Gerod Woodberry and alleged anti-Semitic slapper Tiffany Harris — Gov. Andrew Cuomo didn’t mention bail reform during his annual State of the State Address and legislative leaders aren’t making any moves to change the law.”

Last month, Democrat New York City Mayor Bill de Blasio told Fox News, “Let’s get clear on what’s going on here. We have a problem. We’re not going to jail our way out of the problem. We need tough consequences. We need a lot of police presence.”

When asked if the policy was being soft on crime, de Blasio responded, “No, it’s not. It’s trying to get people out of crime and keep them out of crime. Look, if you want us to do what we have done for decades, which bred career criminals, which ensured that a lot of people were locked up and that only made them worse, we could keep doing that.”

Race relations and ‘position’ of minorities better under Trump than Obama

by Paul Bedard Satisfaction with race relations in the United States has jumped under President Trump, the latest indication that the...