Iowa Senator Joni Ernst warned Sunday that Republicans would immediately push to impeach Joe Biden over his work in Ukraine as vice president if he wins the White House. 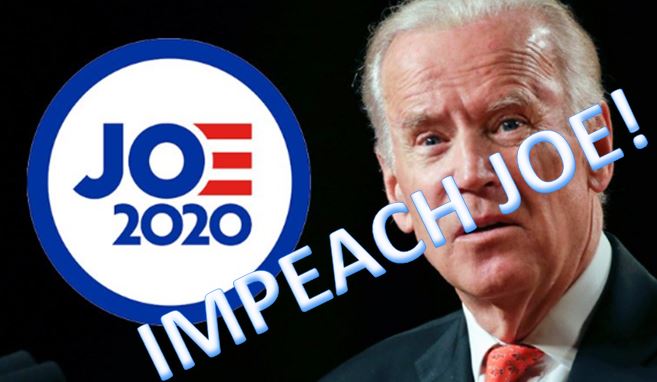 “I think this door of impeachable whatever has been opened,” Ernst said in an interview with Bloomberg News. “Joe Biden should be very careful what he’s asking for because, you know, we can have a situation where if it should ever be President Biden, that immediately, people, right the day after he would be elected would be saying, ‘Well, we’re going to impeach him.’”

The grounds for impeachment, the first-term Republican said, would be “for being assigned to take on Ukrainian corruption yet leading his son to Burisma  board making over a million dollars a year.”

President Barack Obama sent Biden to Ukraine on his behalf to fight corruption, including leading the push from the U.S. and western European powers to remove prosecutor general Viktor Shokin from office when he started investigating Joe Biden’s son Hunter.

Earlier this week, Ernst tied the Senate’s impeachment trial of President Donald Trump to Biden’s chances in Monday’s Iowa Democratic caucus, suggesting that the trial could hurt his case with caucus goers. “I’m really interested to see how this discussion today informs and influences the Iowa caucus voters, those Democratic caucus goers. Will they be supporting Vice President Biden at this point? Not certain at that,” she said.

Biden has been sure to mention Ernst’s comments during every stump speech he’s made this week, drawing applause as he suggests that Ernst had “spilled the beans” about Republicans’ real intention in raising the Burisma issue to damage Biden’s candidacy. “You can ruin Donald Trump’s night by caucusing with me and ruin Joni Ernst’s night as well,” he’s told Iowa crowds this week.

Take it a step further, the House can even today still impeach Joe Biden from the Obama era crimes. Obviously he cannot be removed from an office he doesn’t hold right now. But he would be barred from serving in any office in the future under the Constitution.

In February 2014, Joe Biden is appointed as the point person for United States policy toward Ukraine. All policy will go through Joe Biden. Coincidentally, or not, in March 2014, the Russians invade the Crimea.

Also that month, Devon Archer has a one-on-one meeting with Joe Biden that lasts more than four hours.

Think on that. Hunter Biden’s business partner gets a four-hour meeting with the vice-president of the United States. If that doesn’t strike you as queer, consider what happens next.

Burisma, the Ukraine energy company run by corrupt oligarchs, quickly announces that two Americans will be joining the company’s board of directors. Guess who?

Hunter Biden and Devon Archer will join the Burisma board of directors.

Archer would soon fade from the scene because he was charged by the Justice Department for defrauding an Indian tribe.

In sum, Hunter Biden received more than $3,000,0000 from the company run by corrupt Ukrainian oligarchs.

For what? We don’t know. Hunter has remained mostly silent about what expertise he brought to the energy exploration company apart from his name.

Naturally, all of this had been “debunked” if you read Wikipedia, except it hasn’t.

Three days before Biden left office, he was in Ukraine meeting officials and speaking about anti-corruption.

Here’s where it gets really interesting and where it intersects the current impeachment drama.

If this is starting to sound familiar it should.

President Trump knew about Hunter Biden’s deals in China. He knew about his $83,333 monthly payments from Ukraine. He also knew when he was talking on the phone with President Zelensky that Zelensky’s campaign was bankrolled by the same gangsters that were bankrolling Hunter Biden.

It is hard to imagine a more target-rich environment to find corruption than Ukraine. Yet the Obama administration didn’t act.

It seems entirely legitimate for President Trump to ask this particular Ukrainian president, given his connection to Hunter’s pals, what was going to be done to look at the long pedigree of corruption there — corruption that may have extended to a vice-president’s son getting millions of dollars for seemingly doing nothing.

That’s the part Democrats in the House will never understand, and that’s why Joe Biden should be impeached, not the president who was onto him.

In Case You Missed It:  Mass chicken culling based on “avian influenza outbreaks” just another malicious attack on the FOOD SUPPLY
Posted in Freedoms and tagged curruption, Impeachment, Ukraine, Usurper Joe Biden.