There are no limits to the hate that propels Islamic supremacists in their treatment of infidels. Their thirst for revenge is particularly sinister. Jihadists even go further than celebrating human suffering out of a desire for revenge: five years ago, French Prime Minister Manuel Valls warned “that the Islamic State in Iraq and Syria could use biological or chemical weapons against his nation.” He wasn’t off the mark in his warning about this cult of death. These same people believe that Allah blesses them for persecuting, abusing and murdering infidels and apostates.

Recently in Australia, the Instagram-famous bikie and convicted killer Moudi Tajjour cited the Qur’an to claim that the coronavirus is “Allah’s revenge” on China. 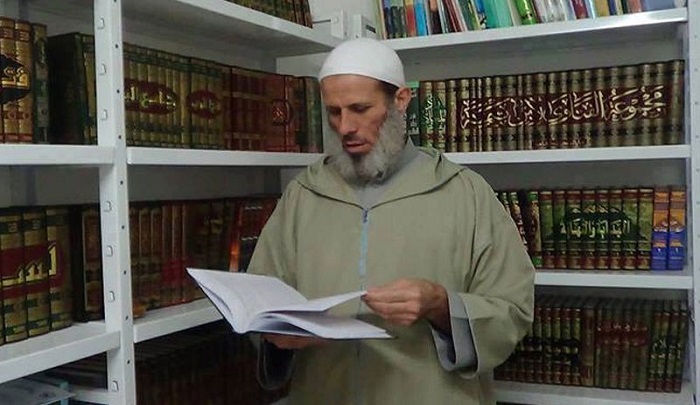 On January 23, 2020, Syrian jihadi cleric Abd Al-Razzaq Al-Mahdi issued a fatwa permitting Muslims to celebrate the spread of the Coronavirus in China, and further permitting Muslims to pray to Allah to annihilate the people of China. Al-Mahdi is a prominent cleric who is well respected by jihadi factions, and who is known for his sermons and fatwas, in which he encourages Muslims to take part in jihad and carry out attacks inside Russia.[1] According to his Twitter account, which has more than 11 thousand followers, Al-Mahdi is from Damascus, and describes himself as “not affiliated with any group or party.” Al-Mahdi is also active on Telegram, on which his channel has over 11 thousand subscribers.

The fatwa, which was posted on the “Fatwas from the Land of Sham”[2] Telegram channel, was a response to a question asked by one Muhammad Abu Nassir who wrote: “Is it permissible that we express our joy for what China is experiencing – the Coronavirus and the death of the Chinese people.” Responding to the question, Al-Mahdi said: “Yes, yes we should express our joy and pray for their annihilation. They [the Chinese] have declared resounding war and they killed, slaughtered, imprisoned, and oppressed the Uyghurs and non-Uyghur Muslims. They are the enemies of Allah and are Buddhists and communists. The non-Muslim Chinese people are either Buddhists or communists.”….

The one aspect of the Israeli-Palestinian conflict that no one wants to talk about. Robert Spencer President Trump unveiled his...