Not a good week to be a Biden, Joe bombed in the Iowa caucus and now the senate is looking into Hunter Biden. 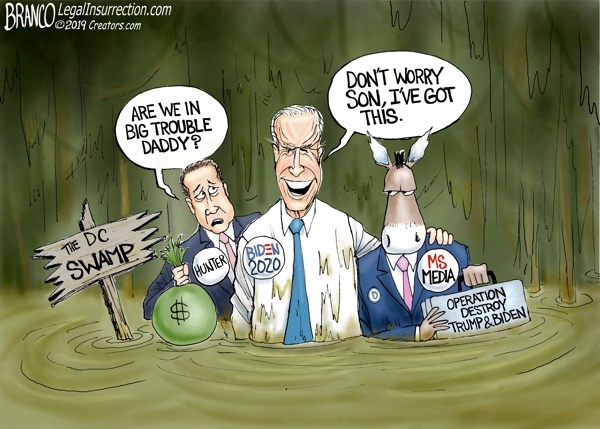 Senators Chuck Grassley (R-IA) and Ron Johnson (R-WI) officially requested the official travel documents of Hunter Biden from the US Secret Service. The move is part of their continued investigation of potential conflicts of interest.

This comes two weeks after five members of Joe Biden’s family were accused of enriching themselves thanks to Joe Biden’s lifelong ‘career’ in politics. Author Peter Schweizer described the findings in his new book in a New York Post article shortly before its launch date.

Breaking: from their press office –

“Good afternoon, Senators Grassley and Johnson today requested Hunter Biden’s official travel records from the U.S. Secret Service as a part of their ongoing probe into potential conflicts of interest.

A full news release is forthcoming”

The Biden family has been wheeling and dealing in pay for play schemes for years.

Joe Biden made the remarks during a meeting of foreign policy specialists. Biden said he, “Threatened Ukrainian President Petro Poroshenko in March 2016 that the Obama administration would pull $1 billion in U.S. loan guarantees, sending the former Soviet republic toward insolvency, if it didn’t immediately fire Prosecutor General Viktor Shokin.” Biden suggested during his talk that Barack Obama was also in on the threat.

In April 2019 John Solomon revealed what Biden did not tell his audience. Joe Biden had Shokin fired because he was investigating bribes to Joe Biden’s son Hunter.

Shokin was investigating $3 million in funds that were being transferred out of Ukraine and into accounts in the United States at that time.
Joe Biden had him fired.

Joe Biden has never been investigated for the millions his family skimmed from foreign governments to Biden family members during his time in office.

Senators voted on Wednesday afternoon to acquit President Trump on two articles of impeachment — abuse of power and obstruction...