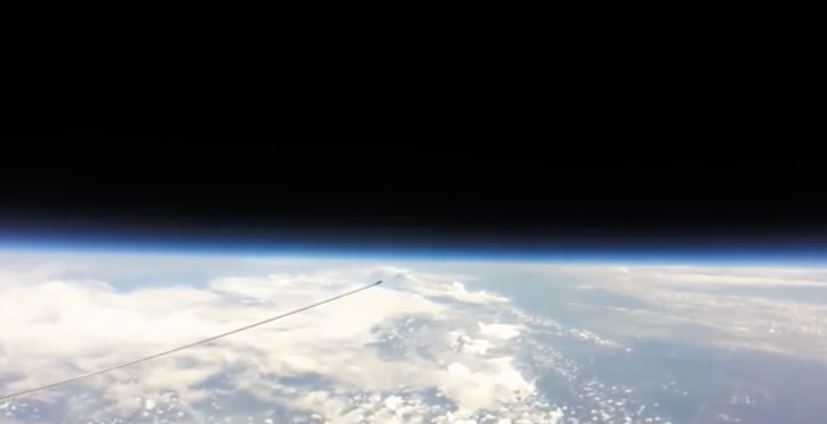 Last month, Italy started a new climate change indoctrination program for teachers from the first grade through high school. According to the mainstream media, Italy will be the first country to make climate change (global warming) a mandatory subject in public schools. Italy’s globalist authoritarians may be the first to make it mandatory, but we can rest assured that academics in America have been spreading the hoax for years.

Moreover, we can rest assured that indoctrinated teachers will never divulge the fact that temperature data had to be falsified to support the predecessor of climate change – global warming. I doubt teachers even know that, after global warming had been exposed as a hoax, hucksters at the United Nations (socialist academics) decided to rename the hoax. Of course, the hucksters knew they had to attach their scam something that’s actually real and construct a straw man to circumvent debating the issue.

Earth’s climate warms and cools in cycles, depending on the amount of solar radiation that reaches earth

As we all know, the weather changes from day to day and season to season in repeating cycles, and that’s indisputable. From day to day, it’s called weather, and over longer periods of time, it’s called climate change. Repeating cycles of climate change, over hundreds of years, are known as Milankovitch cycles. Milutin Milankovitch, a Serbian astrophysicist, discovered that earth’s climate warms and cools in cycles, depending on the amount of solar radiation that reaches earth.

The Little Ice Age is an example of a cooling cycle, and it was marked by below average temperatures and the expansion of glaciers. The little Ice Age started in the early 14th century and lasted to the middle of the 19th century. It was preceded by the Medieval Warm Period that lasted from the 10th century through the 13th. The coldest part of the Little Ice Age, known as the Maunder minimum, corresponded with a decrease in sun spots and solar activity, making the sun the primary driver of climate cycles.

Moreover, the hucksters behind the global warming hoax knew the earth was very near the end of a warming cycle, thanks to Milankovitch, so they simply incorporated the naturally occurring cycles, that Milankovitch discovered, into the hoax. They knew that, even if the earth cooled, they could blame it on climate change. Climate change is just a deceptive globalist term for Milankovitch cycles.

In a nutshell, the hucksters couldn’t produce any evidence to backup the global warming hoax, and they feared the earth was entering into a cooling cycle, so they decided to use the old Marxist tactic of controlling perception and thought by controlling the language. As Saul Alinsky taught them, “He who controls the language controls the masses.”

How do they do it? They play word games. Political correctness is a Marxist word game. Marxists change the perception of unpleasant things by simply renaming them something pleasant sounding, and they do just the opposite to pleasant things they don’t like. They use euphemisms to hide the true nature and intent of their agenda.

For example, they changed the perception of infanticide (abortion) by calling it women’s reproductive rights. And, they silence debate on the subject by using the pro-choice argument, which is nothing but a straw man. They accuse those who oppose abortion of being against women’s right to choose; against their freedom of choice. Unfortunately, infants, both male and female, have no choice when it comes to the right to life, but that is never allowed to become part of the debate.

And, they silence debate of the issue by simply saying the science is already settled by a consensus of climatologists. According to climate change hucksters, it can’t be debated because a majority of so-called climate scientists agree that it’s real. There was another memorable time when a majority consensus was unquestionable. That was when the earth was declared to be flat by a consensus of enlightened hucksters. So much for majority agreements!

In a nutshell, U.N. globalists turned something benign (climate cycles) into something to fear (catastrophic weather), and then used the fear they created to advance their global communist agenda. They fooled people into believing that the only way to prevent the coming climate catastrophe is by paying them carbon taxes. Nothing could be further from the truth. Paying carbon taxes to globalists at the U.N. will not stop climate change, but it will finance a global communist government, and that’s what climate change is really about. It isn’t about the preservation of the earth’s environment, as many have been fooled into believing.

It’s really about taking the fruits of labor of the masses and using the stolen wealth to finance a global communist government. It’s about tricking the masses into paying for their own incarceration in overpopulated cities that will quickly morph into massive concentration and death camps. Anyone who doubts this should read the commandments on Georgia Guidestones, the map to the globalist utopia, that calls for reducing earth’s population to a half billion people. The current world population is about 8 billion.

Attorney General William Barr vowed Monday to escalate the fight against sanctuary jurisdictions and announced a round of lawsuits that...