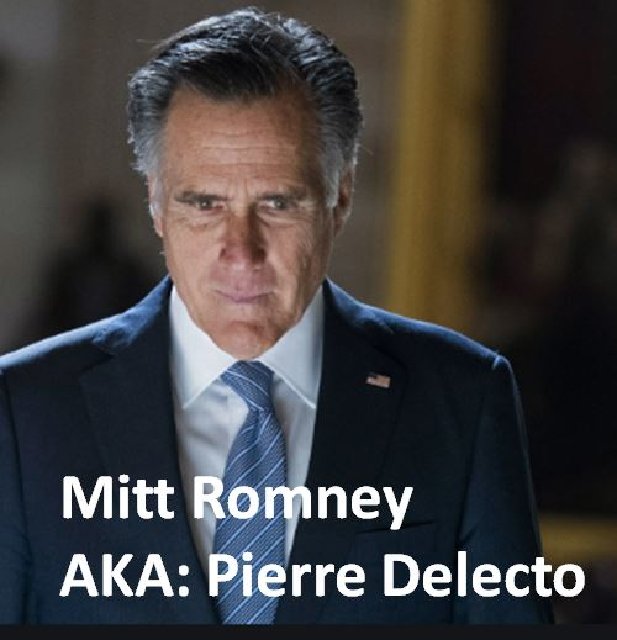 rescue him from political oblivion. While Romney, who undoubtedly entertained visions of succeeding a President Trump after his vote helped remove from office, says it was his faith that caused him to believe Trump really did abuse his power to pressure the Ukrainians to dig up dirt on the Bidens, more likely it was because that Romney wanted to put an end to an administration that might expose his link to the Bidens and Burisma,

Romney will go down in the history as the only senator to vote to impeach a member of his own party, but the question remains why he retained such animus against the man who forgave Romney his 2016 rant warning, as Adam Schiff, Nancy Pelosi, and that seditious bunch later would, that Donald J. Trump was an unhinged danger.  Trump supported Romney’s Utah Senate run. Et tu, Mitt?

Why, as CNN put it, has Mitt Romney “been a lone Republican voice expressing concern about President Donald Trump’s July phone call with Volodymyr Zelensky in which Trump asked Ukraine’s President to investigate former Vice President Joe Biden and his family”?

Little notice has been paid to the fact that Joseph Cofer Black, a former CIA operative, served as Romney’s special adviser in his 2012 campaign for President. As Breitbart News reported at the time:

In October 2011, Romney announced that Black, who had served in the CIA since 1974, had been selected as a special adviser.

“I am deeply honored to have the counsel of this extraordinary group of diplomats, experts, and statesmen,” Romney said at the time. “Their remarkable experience, wisdom, and depth of knowledge will be critical to ensuring that the 21st century is another American Century.”

Black trained for covert operations and eventually became the director of the National Counterterrorism Center from 1999 until 2002. After the September 11, 2001, terrorist attacks perpetrated by al-Qaeda, Black was appointed ambassador at large and coordinator for counterterrorism in December 2002 by President George W. Bush.

John Brennan succeeded Black in his job as director of the National Counterterrorism Center. 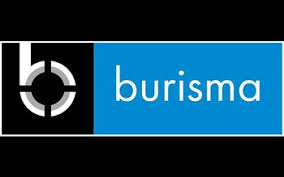 Cofer Black would come to know Hunter Biden as well. Black would wind up serving on the board of the Ukrainian gas company Burisma at the same time that Hunter, who had no special knowledge of Ukraine or the energy business, was being paid ungodly sums to curry influence with the Obama-Biden administration. Was Black also hired because he was an adviser to a former governor and future senator with good connections in the Washington swamp? As The Federalist reported last September:

As Democrats and the media remain fanatically obsessed with assembling some form of a “quid pro quo” from the infamous Trump-Zelensky phone call, new details have emerged regarding Burisma, the company for which Hunter Biden worked and the company that Ukraine’s top prosecutor had been investigating before Vice President Joe Biden had the prosecutor fired via a months-long pressure campaign. According to web archives, top Mitt Romney adviser Joseph Cofer Black, who publicly goes by “Cofer Black,” joined Burisma’s board of directors while Hunter Biden was also serving on the board.

According to The New Yorker, Hunter joined Burisma’s board in April of 2014 and remained on it until he declined to renew his position this past May. Meanwhile, according to Burisma’s website, Black was appointed in February of 2017 and continues to serve on its board. The timelines would indicate that Black and Biden worked together at Burisma, and indeed, web archives from late 2017 show Black and Biden listed simultaneously on the board.

There is no doubt that Burisma as was stockpiling people on its board who could provide it with cover from prying investigations, like the son of a vice president and a special adviser to a GOP presidential candidate. The nature of Hunter’s job is known — his father, Vice President Joe Biden, would get a Ukrainian prosecutor fired, taking the heat off Burisma to protect his son. What Black’s role was, or why he was on the board other than providing potential access is unclear. But certainly he could tell us something about the Burisma-Hunter connection

True, Romney did vote to call witnesses, but there was no guarantee Hunter Biden would make the short list. Black’s name wasn’t even mentioned.  Romney was willing to risk Hunter Biden being called if other witnesses like John Bolton could potentially help get Trump out of office.

Why was Black on the Burisma board at the same time as Hunter Biden? Mere coincidence?  What did he know and when did he know it? What did Romney know and when did he know it? Why was a former adviser to the only Republican senator to vote to impeach the President who legally asked the Ukrainians, in accordance with treaty and U.S. law,  if they knew anything about Ukrainian corruption and possible interference in U.S. elections, on the Burisma board? Romney’s former adviser could tell us much.

Daniel John Sobieski is a former editorial writer for Investor’s Business Daily and freelance writer whose pieces have appeared in Human Events, Reason Magazine, and the Chicago Sun-Times among other publications.

In Case You Missed It:  Joe Biden: Blacks and Hispanics Are Too Stupid to Figure Out How to “Get Online”
Posted in Freedoms and tagged Impeachment, Mitt Romney, Oil, senate, Ukraine, Usurper Joe Biden, utah.

Call Off the Search Party, Eric Ciaramella Has Been Found in the Swamp