All roads in the effort to get rid of Trump lead right back to the to  Obama. 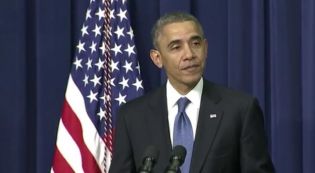 It’s abundantly clear now that the Obama administration tried to torpedo Donald Trump, first as a candidate and then as president-elect, using a Democratic Party-funded “dossier” of Russian propaganda to obtain warrants to spy on Trump’s campaign and try to control the election outcome.

He noted Tuesday that Barack Obama grew the National Security Council staff from about 100 employees to well over 200.

Among Obama’s hires were the corrupt Vindman brothers, one of whom testified against Trump in the House impeachment investigation. Another was the so called “Whistleblower” Eric Ciaramella, the reported whistleblower whose 3rd party hearsay claim triggered the Democrats’ impeachment coup. And there was Sean Misko, who was heard plotting with Ciaramella to bring down Trump just weeks after the inauguration. Misko then went to work for the lead impeachment manager, Rep. Adam Schiff, D-Calif.

“This is where they planted the moles. This is where they planted the moles all over the NSC. The Vindman twins, Fiona Hill, the whistleblower, Abigail Grace (who left the NSC shortly after the Trump phone call). She went to work for Schiff. So did Sean Misko. Every one of these people is an Obama holdover. I remember asking, ‘Why in the hell are they still there? Why didn’t Trump clean house and reduce this number back down to 75 to a hundred people who are working for him?’ I don’t know the answer.

“But my guess would be that he had people advising him not to do it,” he said.

“But I think that’s where all of this came from. I think it’s where the Trump-Russia collusion and all of this came from, the FBI and that element of it, too. But the inside Trump administration moles, the turncoats, whatever you want to call ’em. They are Obama appointees that had jobs expanded as Obama was leaving office for the express purpose of protecting Obama’s achievements and sabotaging whoever was to come next — in this case, Trump,” he said.

He said the “garbage coming out of these NSC people and the leaks” was possibly the most damaging to Trump.

“Obama holdovers in the National Security Council. I mean, all roads in the effort to get rid of Trump lead right back to the top of the Obama administration. I don’t think there’s any question about it.”

The Kenyan snake was the most devious, conniving, deceitful, selfish, EVIL man ever to occupy the White House.  There has never been an outgoing President, so consumed with hatred toward his own country, that he would do everything to sabotage a new President.

Obama’s corruption to overthrow the will of the people and put the future success of the nation in jeopardy, because of his own personal animus toward Trump and his party. What is most sad is that he was and is still able to dupe so many Americans to fall for his lies and perceive him as a “cool”, likeable individual.

Obama actually broke the law by doing these acts, when he  clearly had no authority to do so?. His motive is certainly illegal, it’s called suborning treason.

The question remains if Obama will even be held accountable for his crimes against the American people?

In the future, can we agree that to decide which team an individual can play for, all we need is...