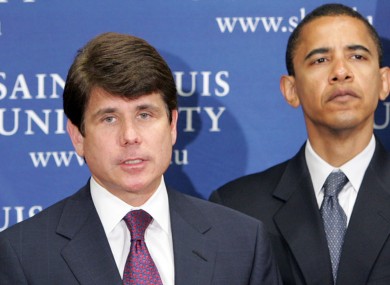 And Tom Fitton from Judicial Watch posted this interesting report on Twitter after Blago’s release.

Over 11 years ago, the FBI interviewed Barack Obama about the sale of his Senate seat in Illinois. There is an FBI “302” report of interview. But rather than releasing document, the DOJ has fought Judicial Watch tooth and nail to keep the document secret!
Wonder why?

Mueller’s FBI abruptly ended the Blago wiretaps and then sealed the transcripts of what other prominent politicians said to Blago on those wiretaps. Who was Mueller protecting? Obama?

Over 11 years ago, FBI interviewed Barack Obama about sale of his Senate seat. There's a FBI "302" report of interview.

Rather than releasing document, DOJ has fought @JudicialWatch tooth and nail to keep it secret. #blagojevich https://t.co/uMn6O7tIzT

Blago is planning to hold a press conference at his home.  It could be outstanding!  This is because Blago was imprisoned by three Deep State crooks prominent in the fraudulent Mueller Special Counsel: Robert Mueller, James Comey and Patrick Fitzgerald.

Investigative reporter Marty Waters has been following the Deep State activities of Mueller, Comey, Fitzgerald and others for years.  In August 2019 Waters predicted that Blago could be home by Christmas 2019, after President Trump commuting his sentence.  Waters was only off by a couple months.

Waters claimed in August that the Deep State, led by Comey and Mueller, did the same thing with the fraudulent Mueller investigation sham as they did in the past.  The create distraction, diversion and disinformation.

In the early 2000’s they created Plamegate to distract and divert from the billions lost in Iraq and the weapons of mass destruction narrative that got the US into the war.  In the mid-2000’s, they created the Rezco/Blagogate scandals to cover up for Obama’s corrupt actions early in his administration and while in the US Senate.  The Mueller investigation distracted from the many crimes involving Obama and the Clintons and was in the same mold as the prior sham investigations. 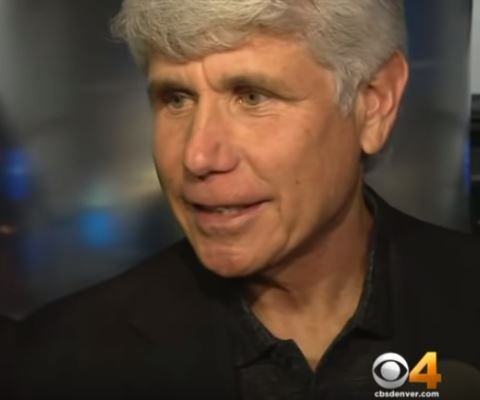 President Trump may know all of this which is why he pardoned Scooter Libby from the Plamegate hoax and now commuted Blago’s sentence.

Waters reported in 2018 in the Canada Free Press that the Mueller, Comey and Fitzgerald band was back together:

“The Mueller, Comey & Fitzgerald Band is back together. Again.

So what’s this about? Inquiring minds want to know—but the TMP and the MSM seem not to know.

Before going there, let’s go back in time to Special Counsel Patrick Fitzgerald and his investigation that led to the convictions of a Chicago real estate broker, and the Governor of Illinois.

Once upon a time Antoin “Tony” Rezko was a fundraiser for both Republicans and Democrats in Illinois—where the space between the two parties is no thicker than a Cubs’ ballpark ticket.

Tony was a particularly active fundraiser for Illinois Governor Rod “Blago” Blagojevich, to whose campaigns he personally donated $117,652, and bundled other contributions amounting to $1,439,000.

While F.B.I. Agents and the U.S. Attorney for the Northern District of Illinois, Patrick Fitzgerald, were investigating Rezko as a means to gather evidence against Blagojevich, Rezko was also one of three members of the campaign finance committee for an Illinois State Senator running for the U.S. Senate, Barack H. Obama. Valerie Jarrett, then President of a firm that managed public housing, and Alison Davis, Obama’s boss in a law firm that catered to Chicago slum landlords, were the other two members of the Obama for U.S. Senate Campaign Committee.”

Waters went on to report how Loretta Lynch used someone by the name of Bernard Barton, who changed his name to John Thomas, who was arrested for crimes in New York and was later wired up to spy on Chicago politicians.  (Sounds similar to how an individual named Felix Sater was used in the Mueller hoax.)

Waters wrote in the American Thinker in June 2016 [emphasis added]:

From 1994-1999, Loretta Lynch was Chief of the Long Island Office and then top assistant to U.S. Attorney Zachary Carter (1993-1999). In 1999, President Clinton appointed Lynch USA for the Eastern District of New York. Today, she is the Attorney General of the United States, having been nominated by President Obama.

Among others likely to have had indirect knowledge of an investigation into a U.S. Representative who became the Illinois Governor, would have been James B. Comey, U.S. Deputy Attorney General from 2003-2005. Today he is Director of the Federal Bureau of Investigation, and a long-time close friend of Patrick Fitzgerald, who is godfather to one of his children.

All this does not definitively answer the initial question:  How did Barack Obama emerge from Chicago untainted by political corruption?

But it does suggest one plausible explanation: He [Obama] had help.

Of course Mueller was the Head of the FBI throughout most of the 2000’s and before Comey took over the now corrupted institution.  Also, Comey claimed Fitzgerald was his attorney after it was suspected that Comey shared classified information with Fitzgerald during the Russia hoax scandal.

Blago was set up by the Deep State and President Trump likely knows it.  The same crooks that attempted their coup of the Trump Administration sent Blago to prison for 14 years.  President Trump commuted Blago’s sentence and may be sending a signal to the crooks.

As previously reported on Conservativepapers:

Commutation of Blago will confirm that Trump knows all about 3D justice: Diversion-Distraction-Disinformation

In Case You Missed It:  More Than Two Dozen FBI Agents Descend on Home of Texas Democrat Rep. Who Blasted Biden and Harris Over Border Crisis
Posted in Tyranny and tagged Chicago, curruption, deep state, Obama.

Chinese telecommunications company Huawei has a footprint in countries across the world, including the United States. But in China, companies...