Update: The story appears to have changed dramatically. According to Assange’s lawyer, Rohrabacher, it was him that informed Gen. Kelly that “Assange would provide information about the purloined DNC emails in exchange for a pardon,” but never heard back from the White House.

It was Assange’s lawyer (not Assange) that offered a quid prod quo to expose the truth that Russia did not hack the DNC emails (none of which has been proven) in exchange for a pardon… but The White House never responded.

Attorneys for Julian Assange told a London court on Wednesday that they will provide evidence that the Trump administration offered to pardon the WikiLeaks founder if he was willing to say that Russia had nothing to do with leaks of Democratic Party emails, according to Bloomberg.

During the preliminary extradition hearing, Assange’s lawyers said that former GOP congressman Dana Rohrahbacher offered the deal in 2017, one year after WikiLeaks published emails which were damaging to then-presidential candidate Hillary Clinton. At the time, the FBI’s ‘Russiagate’ investigation was in full swing as the agency tried in vein to prove that Trump colluded with Russia to win the 2016 US election. 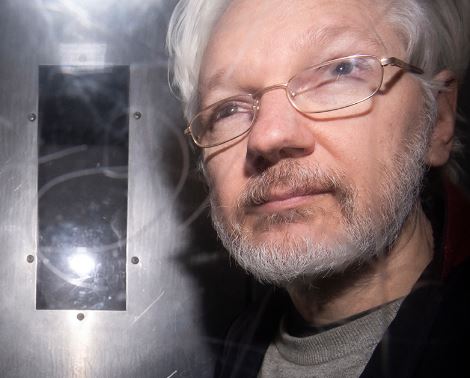 At a preliminary hearing Wednesday, Assange’s lawyer Edward Fitzgerald asked the court to allow more witness statements during the extradition hearing that will start next week. The new information includes a witness statement by Jen Robinson, another of Assange’s lawyers, that deals with the alleged offer made by then U.S. Representative. Dana Rohrabacher, he told the court.

The witness statement will address “Mr. Rohrabacher going to see Mr. Assange, and saying on instructions of the president, offering pardon or some other way out if Mr. Assange played ball and said the Russians had nothing to do with” the leaks, Fitzgerald said. -Bloomberg

Assange spent nearly seven years living in the Ecuadorian embassy in Central London in order to avoid extradition to Sweden, and later the United States.

The White House has denied the claim.

In Case You Missed It:  HOSPITALS MOBBED with every room and even HALLWAYS occupied with portable cots … has the spike protein apocalypse begun?
Posted in Freedoms and tagged Julian Assange, President Donald J Trump, United Kingdom, WikiLeaks.

11yrs and Deep State FBI WON’T Turn Over Transcript: 302 of Obama-Blagojevich Interview. What Are They Hiding?