It may look as if President Donald Trump’s trip to India boiled down to little more than media optics and Taj Mahal photo shoots. But there is much more significance to it than that. 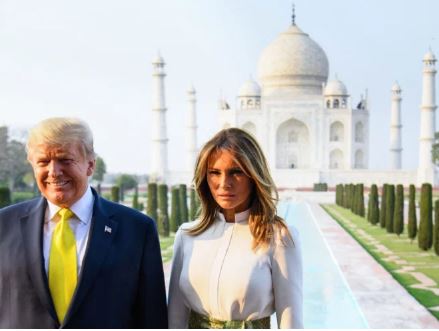 Each leader highlighted the accomplishments of the other and discussed the strengthening bilateral relationship between our two countries.

Are there notable takeaways from this historic visit? Definitely.

For one, who could have predicted it would take a stadium big enough to hold 100,000-plus cricket fans to showcase two politicians? Of course, we also ought to acknowledge this is India, one of the most populous nations on Earth. A hundred thousand people in India is like five guys at a Starbucks in D.C.

And yet if the stadium could have taken 10 times that number, Modi and Trump probably still could have filled it. The people of India know something very special is going on here.

U.S.-India relations exhibit a bipartisan character in both countries. This is more than just two charismatic leaders and the offer of free hats pulling in a crowd.

The U.S. and India have a lot to offer each other. The easy get is security. Both want a stable and prosperous South Asia and a reasonable Pakistan. Both want to tackle the scourge of transnational Islamist terrorism and curb the worst destabilizing acts of Chinese expansion.

The U.S. and India have forged something new and unprecedented. We are not old-fashioned treaty allies, but we are way more than just friends.

This is a vital strategic partnership. We know that from the most distant Pacific island to the Middle East, we have each other’s back. This is a new geostrategic reality in the world.

To be fair, the two countries started moving in this direction before Modi and Trump made the scene. But they have sealed the deal.

Second, now comes the hard part—forging the economic bonds. This was a disappointment to both sides, which had hoped to seal at least a small-ball trade deal for the visit.

This is difficult for India, which traditionally has had an inward-looking economy with heavy government controls. Still, India knows it’s time to change.

India now has the world’s fifth-largest economy, and it’s time to harness that economic potential to drive real growth. Nothing will make that happen faster than partnering with the United States.

Deals are coming. They will be followed by more deals.

Third, this visit also reminds Americans that we have a statesman in the White House.

The critics would have us believe that Trump is burning through allies and making America the enmity of the world. What Trump showed in India is how empty that critique really is.

At least we know a few hundred thousand Indians think so.

When talking about the immigration issue, more focus is often given to those coming into the country illegally, while citizens...