China has been battling an outbreak of a new SARS-like coronavirus (COVID-19), which originated in Wuhan. The virus has claimed over 2,700 lives and infected nearly 80,000 people around the world. Outside mainland China, fatalities have been reported in countries such as the Philippines, Hong Kong, Japan, France, Taiwan, Iran, South Korea and Italy. 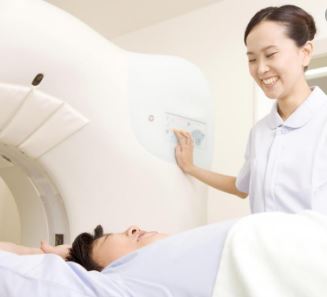 The other nations and regions infected by the novel coronavirus are Algeria, Switzerland, Lebanon, Israel, Egypt, Australia, Belgium, Cambodia, Canada, Finland, Germany, India, Malaysia, Nepal, Russia, Singapore, Spain, Sri Lanka, Sweden, Thailand, UAE, the U.K., the U.S. and Vietnam. According to the National Health Commission of China, nearly 30,000 people have since recovered from the infection.

Doctors in China have warned that the Covid-19 could be even deadlier for patients who catch it again.

According to a report in the New York Post last week, the whistle-blower physicians in Wuhan have found that medically cleared patients have been getting reinfected.

“It’s highly possible to get infected a second time,” said one of the doctors, who declined to be identified.

The doctor added that the virus has “outsmarted all of us”, as he claims that its symptoms do not show for up to 24 days — which contradicts medical information today that the incubation period is two weeks.

He claimed that patients’ test results often come up as false negatives before they are actually diagnosed with the illness.

“It can fool the test kit — there were cases that they found, the CT scan shows both lungs are fully infected but the test came back negative four times,” the whistle-blower said. “The fifth test came back positive.”

The article also reported that some medication used to treat the virus can have negative side-effects on heart tissue, making patients more susceptible to cardiac arrest.

“A few people recovered from the first time by their own immune system, but the meds they use are damaging their heart tissue, and when they get it the second time, the antibody doesn’t help but makes it worse, and they die a sudden death from heart failure,” he added.

In Singapore, one new case of Covid-19 was confirmed on Monday (Feb 24), according to the Ministry of Health. Another two people were discharged.

This brought the total number of cases to 90, of which 53 had fully recovered. /TISG

It may look as if President Donald Trump’s trip to India boiled down to little more than media optics and Taj...