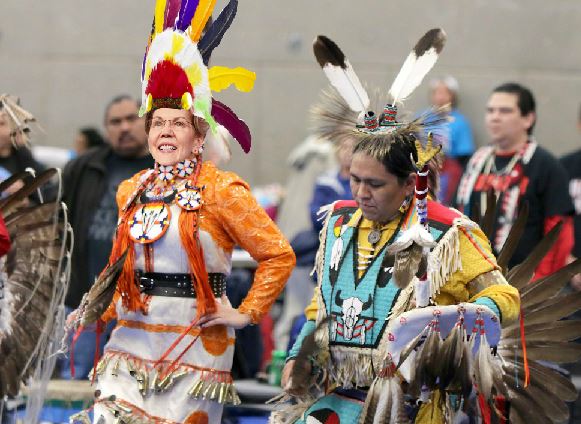 Elizabeth Warren’s false claims of Native American Ancestry have come back to haunt her once again.

A group of 200 Native Americans have sent her a letter saying she should retract her claims. This is a disaster for her considering it’s happening right before the South Carolina primary and Super Tuesday.

More than 200 Cherokees and other Native Americans have signed onto a letter urging Sen. Elizabeth Warren (D-Mass.) to unequivocally retract claims that she previously made about having Native American ancestry.

The letter, which was organized by Cherokee Nation citizens Joseph M. Pierce, Daniel Heath Justice, Rebecca Nagle and Twila Barnes, calls on the Democratic presidential candidate to “fully address the harm you have caused,” arguing that her past claims “have normalized white people claiming to be Native.”

“Your actions do not exist in a vacuum but are part of a long and violent history,” the letter reads, citing a Los Angeles Times report that found more than $800 million in federal contracts reserved for minorities have been allocated to members of groups with suspicious ties to Native tribes. The Times first reported the Cherokee Nation’s new request of Warren.

The letter goes on to argue that “as the most public example of this behavior,” Warren needs “to clearly state that Native people are the sole authority on who is — and who is not — Native.”

Who can blame these people for making this demand?

I joined over 200 Cherokee & other Native voices calling for @ewarren to admit her family story of Cherokee heritage is false. Because whatever her intentions, her actions have normalized white people claiming to be Native. #StepUpWarren #CherokeeTruthhttps://t.co/VgaopxfbHE

BREAKING: More than 200 Cherokees and other Native Americans have signed a letter urging Sen. Elizabeth Warren to fully address past claims to being Native.

They want her to help dispel widespread beliefs by whites that they have Native heritagehttps://t.co/V4q7txro1I

This certainly won’t help her win any votes in the coming week.

In Case You Missed It:  Pfizer has a shockingly long history of engaging in illegal activities and human experimentation
Posted in Freedoms and tagged Democrats, lie, Native Americans.

By Dale L. Wilcox While there has been increasing awareness of the problem of homelessness in the U.S., far less attention...