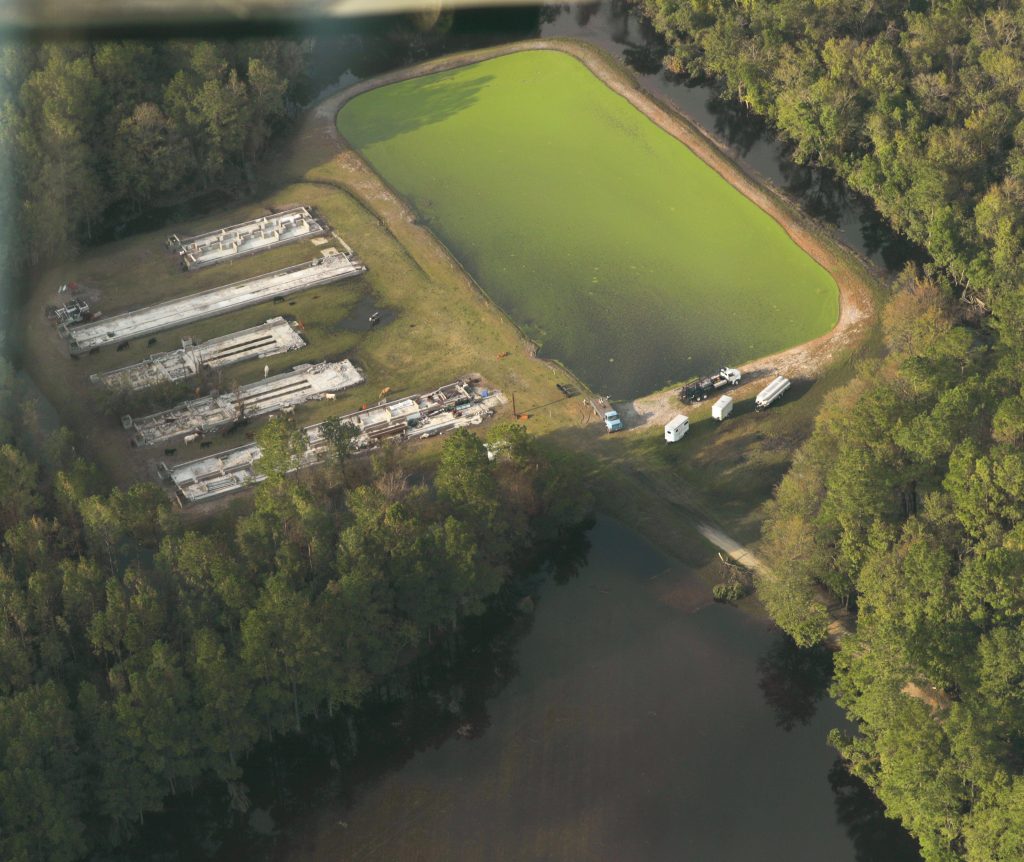 During Hurricane Florence, toxic factory farm waste lagoons spilled out into the Cape Fear River and surrounding communities. Photo by Compassion Over Killing.

In 2018, a small poultry farm in Montgomery County, Maryland, that sold both meat and eggs was shut down for animal cruelty and filthy conditions. These birds were suffering from various medical conditions and had evidently been denied veterinary care. After officials discovered the state of the farm, more than 100 chickens were killed to alleviate horrific suffering and unsafe medical conditions. This wasn’t big news, and as farms continue to mistreat animals and workers, dupe consumers, and destroy the planet, that’s a huge problem.

The Maryland farm was a small example of animal cruelty, but this — and worse — happens on factory farms across the country every single day.

Sadly, the treatment of birds that led to this has become the norm in our country. The heartwrenching images from “Happy Farm” (a poignantly ironic name) sadly represent the conditions for chickens in unregulated industrial agriculture in Maryland and nationwide. While operations like “Happy Farm” are being closed and farmers are being prosecuted, hundreds of millions of birds are suffering in the supply chains of large corporations like Tyson Foods, Perdue Farms, and Mountaire Farms. These injustices are passed on to farmers, workers, and consumers.

Though the poultry and egg companies often advertise happy chickens in rolling green fields, the reality could not be further from that imagery. Enormous poultry operations, contracted by larger corporations, are pressured to produce as much meat as possible, as quickly as possible, and with as few resources as possible. Such meager profit margins mean consistent overcrowding of thousands of birds in dark, ammonia-filled sheds with little ventilation. Most will spend their lives without ever setting foot on grass, and their first breath of fresh air will be on a truck bound for the slaughterhouse.

Because farmers are working to produce huge quantities of meat, birds are bred for cruel rapid growth and barely resemble the chickens raised a mere 50 years ago. Because they grow so quickly, chickens can suffer from painful medical conditions similar to muscular dystrophy in humans. Some chickens manage to survive these conditions until they are slaughtered at just 2 months old.

Birds who are kept alive for breeding are subject to cruel practices like “nose bones,” wherein a plastic rod is shoved through the bird’s nose in order to regulate feed intake. Because birds are bred to grow so quickly, their life spans are drastically shortened, so they must be starved in order to avoid weight gain and be kept alive long enough to breed. Mountaire Farms, a company with a large Maryland presence, has yet to confirm or deny that they utilize this barbaric practice.

Meanwhile, the subsequent air and water pollution expands this toxic environment to surrounding communities. Workers on farms and in processing plants, a workforce with many vulnerable undocumented immigrants, often endure dangerous conditions, long hours, and low pay. People begin to suffer along with the birds.

Factory farms pose serious environmental health problems, not just for the animals who are forced to live in torturous conditions, but also for the people living in surrounding communities. Pollution from agriculture in the U.S. threatens over 13,000 miles of rivers and streams and over 60,000 acres of lakes and ponds. In Wicomico County in Maryland, the County Health Department reported one in four middle school students diagnosed with asthma. Health concerns in communities near large animal agriculture operations are common. Communities all along the East Coast are suing meat companies for offenses from environmental nuisance to wrongful death.

While factory farming exists in America, communities and animals will continue to be in crisis. These companies are driven by profit and have no incentives to change unless consumers and constituents demand it. As individuals, we can urge legislators to pass stricter regulations, push agencies to hold these corporations accountable, and, most notably, we can vote with our wallets by refusing to support this cruel, exploitative industry. Citizens can make a measurable and instant impact by declining to participate in animal cruelty and environmental devastation by making their next meal a vegan one. So let’s urge our legislators to ban factory farming and ensure that this cruelty toward farmed animals, both in the Happy Farm case and on a wider scale, is no longer tolerated.

This article was originally published on COK.net.

Before former New York City Mayor Michael Bloomberg threw his hat into the 2020 presidential race, he defended the New...