Update (2020ET): And there it is: for the first time since the financial crisis, the emini S&P future has hit the limit down band of -5%, something it failed to do even during the May 2010 flash crash.

This means that no more trade are allowed below the limit down level until the market opens at 9:30 am ET (assuming it opens of course). Trades higher are still permitted, naturally, however that will probably not be a great comfort to all those who are rushing  to liquidate with reckless abandon. But fear not: with the S&P now down more than 17% from its all-time highs just two weeks earlier, and just shy of a bear market, those who want to sell will have ample opportunity to do so in the days ahead.

Following what may have been the most drama-filled weekend since “Lehman Sunday”, in which we saw not only another major spike in covid cases around Europe and the US, but also the total collapse of OPEC after Saudi Arabia unilaterally decided to flood the market with deeply discounted oil in a desperate attempt to crush the competition (yet which may backfire and soon lead to riots in Riyadh), markets are reacting appropriately and just like during Lehman Sunday, everything is crashing: 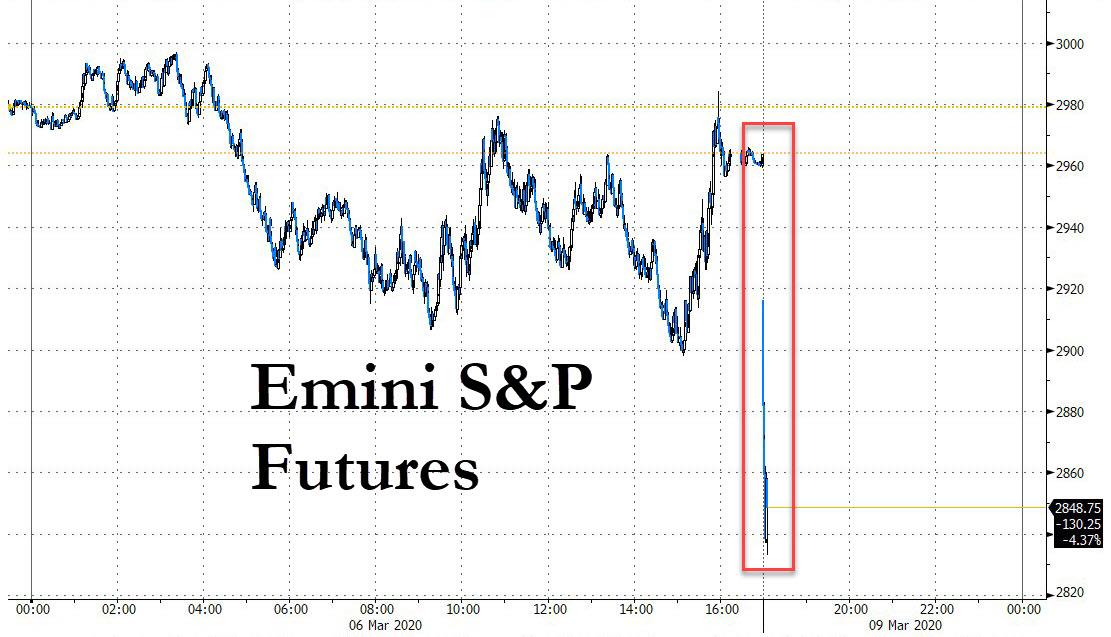 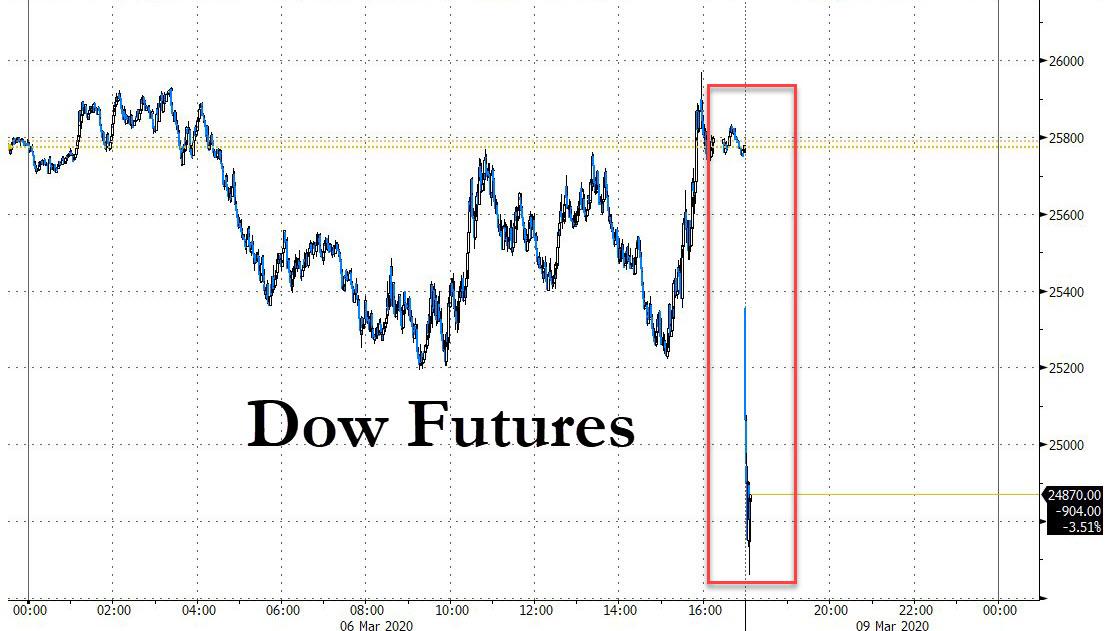 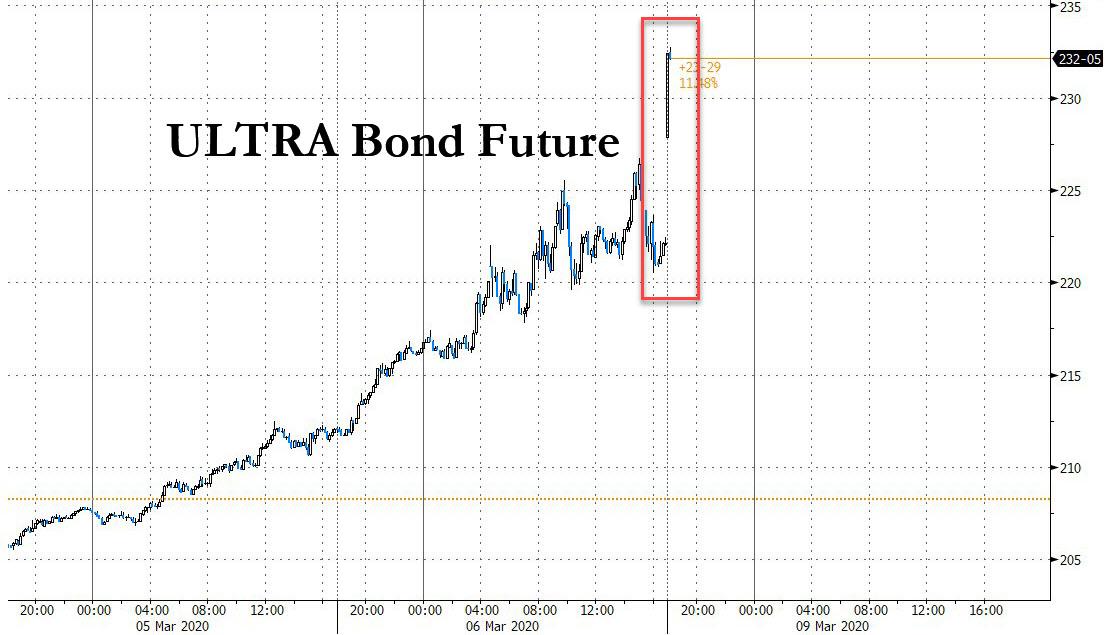 … and indeed, today’s move is the biggest one-day drop in Brent on record.

… in line with Goldman’s shocking price target cut, which now expected Brent dropping into the $20s.

FX, as discussed earlier, is in freefall, with carry trades getting unwound, while commodity pairs are getting anihilated:

What happens now? Well, earlier today Morgan Stanley said that to stabilize markets, the Fed would need to announce not only a rate cut but also resume official QE…

… and with spot VIX likely set to trip 60 or more, the Fed will need to do something or risk another Great Depression, although how sending nominal bond yields into negative territory across the board will help markets remains to be seen. Maybe the Fed’s time has finally run out?

Or maybe Trump – who provoked the market gods one too many times with his relentless stock market boasts as stocks hit artificial high after artificial high – actually has something up his sleeve, because moments after futures opened, he tweeted a rather cryptic “nothing can stop what’s coming.”

Who knows what this means, but it sounds good to me! https://t.co/rQVA4ER0PV

We’ll see about that: One thing is certain: markets and traders will be closely watching and waiting everything that is coming, after more than a decade of Fed-inspired complacency, as price discovery finally returns with a bang.