How would China profit by launching a bio attack on the US’ economy, its people, political system, and businesses? 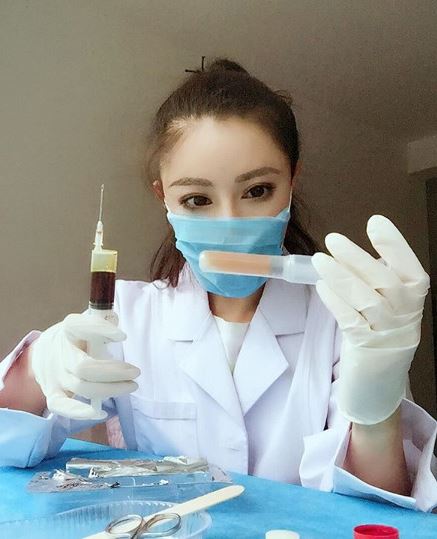 During this period of global prosperity the Democrat’s legacy media and politicians denied, then talked down, and as it continued rocketing upward with 151 market records, took credit for Trump’s economy.

Would Chinese leaders conclude that Trump’s defeat will resume the annual half-trillion dollar wealth transfers to China, courtesy of the Democrat’s historical alliances with Chinese government-owned businesses for mutual profit?

This February as the infection rates rose, Florence’s progressive mayor called for “Hug a Chinese” Day! Same time New York’s councilmen and mayor encouraged New Yorkers to go about their business, hinting that coronavirus is a hoax, there’s nothing to worry about.

Lobbyists and their media mates in the Bureaucratic State, aka, the “Deep State,” united to nail Trump

They blamed Donald Trump for COVID-19 instead.

In preparation for his 2024 (or 2020?) presidential run, New York’s leftwing media rewarded governor Andrew Cuomo with soft-dollar campaign donations. They broadcast Cuomo’s daily campaign ads live, disguised as COVID-19 briefings. These lasted longer than the president’s. Meanwhile, alarmed over the favorable polling the president is getting for his handling of the crisis, the hostile partisan media is blacking out Trump’s.

Demanding thousands of respirators from the Federal government, 16,000 of which Cuomo refused to buy before the COVID-19 breakout, Andrew pivoted and upped his ante by invoking the dead to rise for him. This time by displaying his dad’s image in a pre-prepared powerpoint presentation. Daddy who spoke Ebonics fluently, was a former governor who ruined New York by bringing in a million welfare recipients from the Deep South.

Commerce and State, DOJ and the intelligence community allied with the officials of these two agencies regularly cooperate and coordinate against the interests of the American People.

They sold the nation out for money and sinecure

They sold the nation out for money and sinecure.

The self-dealing Trojan ponies embedded in our culture, business, media, academe, and political centers—America’s domestic enemies —for the Swamp’s robbing the United States by giving massive economic advantages to the Chinese and others in return for “pay to play” —the phony quid pro quo charge with which they have accused this president who has donated three years of his salary to America.

Fifty-five billionaires into this shell game backed Hillary Clinton and the aforementioned businesses allied with Democrats that are just as Chinese as they are American. This was THE SWAMP Donald Trump threatened.

He pushed back against their propaganda arm, the liberal media, against the weaponized system that enacted a coup against the president to cover up for their own. Meanwhile they’ve sold out their nation for personal gain!

If the transferring of America’s wealth, technology and intellectual property ceased, so would the quid pro quo

It all happened as Americans observed sudden outbreaks of philanthropy.

If these sweet arrangements transferring America’s wealth, technology and intellectual property ceased, so would the sinecure guaranteed by the quid pro quo regularly accruing to Trump’s political opponents.

COVID-19 is not a natural virus. It is a combined-protein virus. It didn’t, doesn’t, exist in nature

(Bold face is the author’s.)

Consider the deliberate misinformation behind the Chinese government’s activities at the Wuhan labs, their knowingly misleading the World Health Organization about the virus’ spread and origins for weeks, the denials about the virus and its effects, refusing American scientists’ help, blaming others not responsible for the outbreak that culminated in propaganda attacks possibly coordinated with Deep State and US media operatives in the business of bringing the president to his knees.

COVID-19 is not a natural virus. It is a combined-protein virus. It didn’t, doesn’t, exist in nature. Human resistance to it does not exist.

Bioweapons are generally designed with antidotes. While infections rose dramatically around the world, infections and deaths have declined or ended suddenly in China. Expect China to lift restrictions on travel and work suddenly, while the rest of the world, and its economy will suffer.

There is enough hard, biological evidence, that COVID-19 was a bioweapon meant as a substitute for kinetic war. It was meant to scuttle the China trade deal to benefit China.

So. what’s the upside to this story?

For the Chinese, Donald Trump’s defeat. Failing that will otherwise cost them trillions before future Democrats return the United States to Business as Usual. Indeed, the Chinese might have run a cost-benefit ratio analysis to determine just how much China would gain or lose by waging war by other means.

Future trillions going regularly to China make it worth the price to “wage war by other means.” The temporary sacrifice of thousands of lives to eventually benefit a culture that looks only at building gleaming new cities, and the long, and not the short term.

Was COVID-19 a bioweapon or its exposé just a conspiracy theory or fantasy?

Did China start WWIII in the face of their economic failure after a half century of success?

LINK TO THE STUDY – PDF – PART II of the temporarily withdrawn, work-in-progress bio-report.

QUESTION: How will the global community make China pay for destroying everyone’s lives around the world?

In Case You Missed It:  Paul Offit pens letter to NEJM calling for immediate end to COVID “boosters”
Posted in Freedoms and tagged China, Coronavirus, Election, Made in China, Trump, War.

John Binder Illegal aliens are demanding they too receive $1,200 in federal checks from the government as part of a...