There’s another ‘epidemic’ ripping through America that, for many on Wall Street, is just as terrifying as COVID-19… and this time The Fed is to blame. 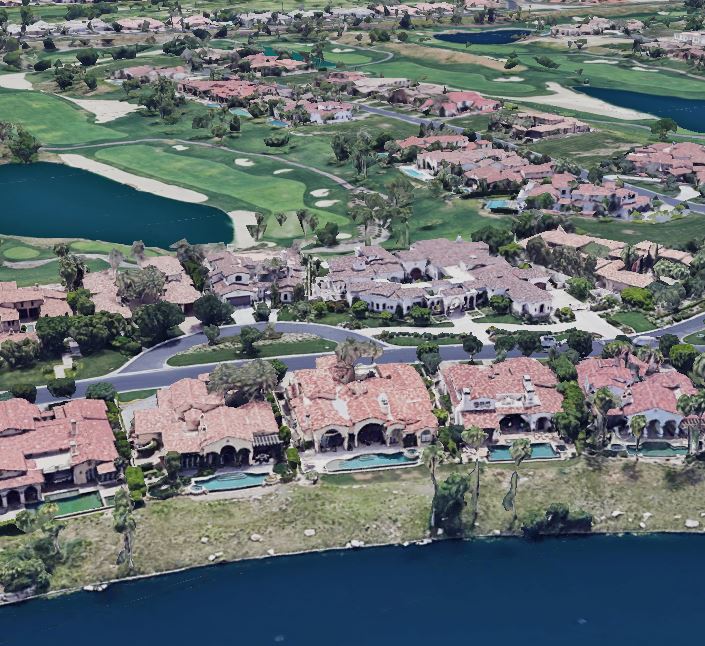 We reported last week on the multitude of mortgage companies that were facing an existential threat from massive margin calls:

First, its was AG Mortgage Investment Trust which on Friday said it failed to meet some margin calls and doesn’t expect to be able to meet future margin calls with its current financing. Then it was TPG RE Finance Trust which also hit a liquidity wall and could not repay its lenders. Then, on Monday it was first Invesco, then ED&F Man Capital, and  now the mortgage mayhem that erupted as a daisy-chain of mortgage REITs suddenly imploded, has taken down MFA Financial, whose crashing stock was halted after the company reported that “due to the turmoil in the financial markets resulting from the global pandemic of the COVID-19 virus, the Company and its subsidiaries have received an unusually high number of margin calls from financing counterparties, and have also experienced higher funding costs in respect of its repurchase agreements.”

All of which means – in no surprise whatsoever – that these mortgage-related firms are demanding a bailout!! Because ‘Murica… and capitalism, right?

And most ironically, mortgage bankers are demanding The Fed STOP buying mortgage bonds. As Bloomberg reports, bankers are sounding alarms that The Fed’s unprecedented buying of $183 billion of bonds tied to home loans last week are unintentionally putting their industry at risk by triggering a flood of margin calls on hedges lenders have entered into to protect themselves from losses.

In a Sunday letter, the Mortgage Bankers Association (MBA) urged the U.S. Securities and Exchange Commission (SEC) and the nation’s main brokerage regulator to address the problem by telling securities firms not to escalate margin calls to “destabilizing levels.”

The MBA letter, signed by CEO Robert Broeksmit, said that when lenders issue new loans, they often simultaneously short mortgage-backed securities. This is done because the loans might fall in value before a banker can sell them to Fannie Mae and Freddie Mac. The bet against mortgage bonds helps protect the lender if that happens, Broeksmit wrote.

“The dramatic price volatility in the market for agency mortgage-backed securities [MBS] over the past week is leading to broker-dealer margin calls on mortgage lenders’ hedge positions that are unsustainable for many such lenders.”

Now, with lenders getting crushed on these hedges, they’re facing a wave of demands from brokers that they sell holdings or put more money in their trading accounts.

Broker-dealers’ margin calls on mortgage lenders reached staggering and unprecedented levels by the end of the past week,” Broeksmit wrote.

“The inability of a large set of responsibly-managed lenders to meet these margin calls would jeopardize the very objective of the Federal Reserve’s agency MBS purchases – the smooth functioning of both the primary and secondary mortgage markets.”

Some lenders, the letter exclaimed, may not be able to meet their margin calls in a day or two, and Barry Habib, founder of MBS Highway, a leading industry advisor who was among the first to publicly sound the alarm bell last week, warned ominously:

“This is a collapse of the system… It’s as simple as the Fed stops buying for a period of time.”

The MBA, whose members underpin the housing market, asked the watchdogs to issue guidance directing brokers to work constructively with lenders.

Additionally, as Bloomberg notes, the surge in margin calls is also inflicting major pain on commercial real estate with the threat of widespread loan defaults prompting a wave of selling of commercial mortgage-backed securities. Colony Capital’s CEO Tom Barrack reiterated his desperate pleas for a bailout on Sunday calling for a moratorium on margin calls and Fed buying to halt the sell-off for bonds tied to commercial properties.

So – to sum up the America we live in:

Moral hazard and unintended consequences are everywhere as America’s elite refuse to let this crisis go to waste.

KYLE HOOTEN Live animals are still for sale in Chinese food markets that reopened after the country recently declared victory...