In the midst of the Chinese 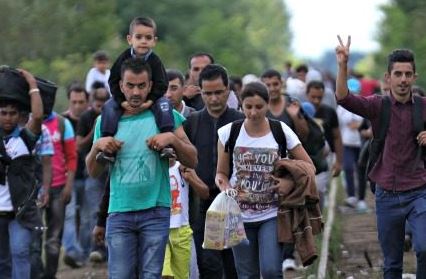 coronavirus crisis, about five-in-six American adults said they want to see the United States end all immigration from Mexico.

The latest Harvard/Harris Poll asks Americans whether they would support or oppose an immigration moratorium on Mexico during the coronavirus crisis. Overall, 83 percent — or five-in-six — said they favor ending all immigration from Mexico at the moment.

Even among the most liberal voters, nearly 70 percent said they support ending immigration from Mexico, as well as 74 percent of voters who supported failed Democrat presidential candidate Hillary Clinton in 2016.

While the overwhelming majority of Americans want to see an end to immigration from Mexico, the State Department has issued waivers that will more quickly fast-track many Mexican workers into the U.S. through the H-2B and H-2A visa programs.

As Breitbart News has reported, immigration moratoriums are not uncommon in American history. Currently, there are about 45 million foreign-born residents living in the U.S., a 108-year record high.

The country’s last immigration boom — between 1900 and 1920 — was eventually met with a near immigration moratorium. Between 1925 and 1966, the U.S. legal immigration level did not exceed 327,000 annual admissions.

Since major changes were enacted in 1965 by President Lyndon B. Johnson (D) and in the 1990s by President George H.W. Bush (R) — changes that allow foreign nationals to bring as many foreign relatives to the country as they want — legal immigration levels have continued booming for about five decades.

Today, about 1.2 million legal immigrants are admitted to the U.S. every year.

Kristin Tate What do increased funds for NPR, the John F. Kennedy Center, or refugee assistance have to do with...