Reported over the past two years how China’s economy was collapsing.  You could feel it and there were many signs of China’s pending economic collapse.  Was their response an Act of War? 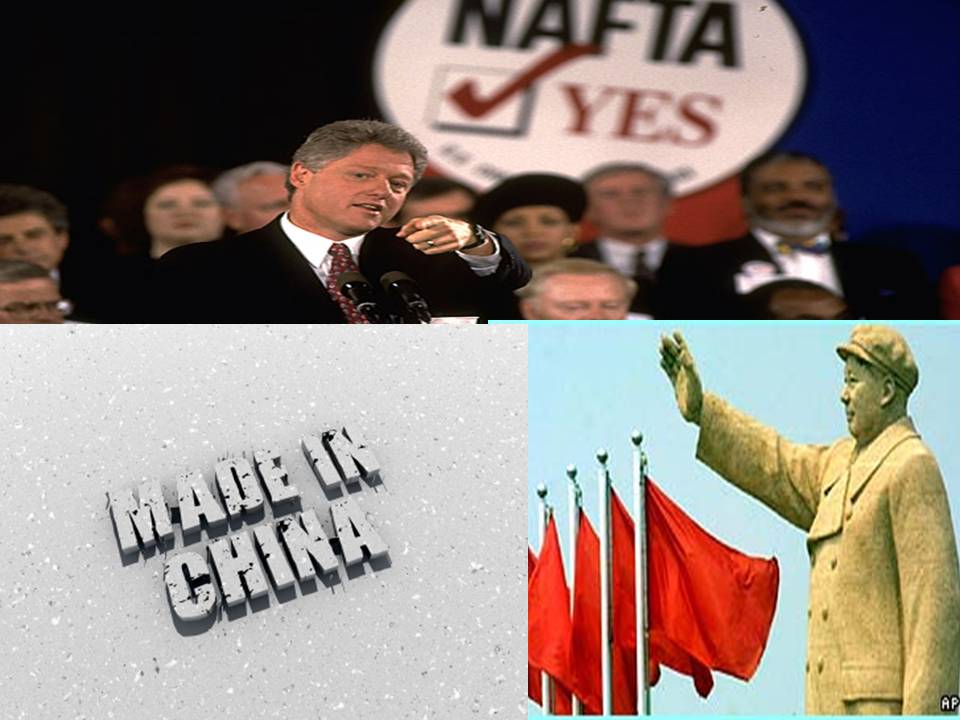 The BBC reported in January that official China figures are out and the news is scary:

Official figures show that the world’s second largest economy expanded by 6.1% in 2019 from the year before – the worst figure in 29 years.

The country has faced weak domestic demand and the impact of the bitter trade war with the US.

The government has been rolling out measures over the past two years in an attempt to boost growth.

It comes after almost two years of trade tensions with the US – although hopes of a better relationship with America have seen improvements in manufacturing and business confidence data.

We’ve reported for months that President Trump had the US in the position that it could only win in a deal with China and this was the case. The US economy was on fire – more Americans were working than ever before, unemployment was at 50 year lows, wages were way up and the stock market was at record highs. But China was moving in the opposite direction.

The problem for China was that its economy is what helped the regime stay in power and it was collapsing.  China needed a deal with the US.  The country had given away millions in deals around the world and it had overbuilt at home.  Then President Trump came and slowly moved business from China to other countries through various actions including tariffs.

China was no longer the leader of the world.  It’s GDP was reduced to almost half of that of the US and it was in real economic trouble.

The GatewayPundit reported in a post in August 2019, President Trump recognized that China was in an all out war with the US in regards to information and economics. For years Western leaders did nothing but negotiate into weak positions, never standing up to the Communist Chinese regime. Former US Presidents treated China like they did Russia 50 years ago, as their superior, always giving them what they wanted and never standing up to their abuse and criminal acts.

President Trump knew that China needed the US but the US didn’t need China.  President Trump preached manufacturing in the USA and trade deals that made sense.

We posted a presentation from former Trump Chief Strategist Steve Bannon regarding China. He discussed how China was in an economic war with the US. He said America was losing until President Trump. Then he added this:

Well here’s the game and right now we are converging on a point and they understand this. We could take the whole thing down. We can take, the whole thing’s built on a house of sand…

Bannon was right.  He said that China was at war with the US.  He said this war had been going on for 20 years and had three fronts: informational, economic and kenetic (i.e. guns).

We reported in May that just like the US in 2008, a perfect storm was building in China. The excessive and extravagant construction projects, cash-flow challenges and lack of demand in China all could combine for a major financial disaster.

A financial meltdown was in the works in China

Over the past few decades, China opened its borders and corporations around the world fled to China due to its cheap capital and meager payroll costs.

The Chinese were relentless in their efforts to obtain Western technology and grow their economy. They set up trade barriers and manipulated their currency in ways that helped China. The US was at a disadvantage in trade resulting in massive deficits in the billions.

Along came the Trump Administration, the first administration to address China’s unfair trade advantage. The timing of Trump’s tariffs was not good for China as there were more pressing issues that had to be addressed.

The more pressing issues for China surround real estate, in a manner similar to the US in 2008. As China grew, it invested in its infrastructure and in addition, it invested in large housing projects throughout the country. These efforts helped bolster China’s already fast growing economy.

The problem was that China over invested in these random properties all over China and these properties today remain empty.

See below pictures of real estate projects in the middle of China (Hubei Province) – massive but mostly empty.)

There simply are not enough people in the area where these massive complexes were built that make enough money to afford living in these communities. It appears that the Chinese communists’ misunderstanding of supply and demand economics was their downfall.

Some say, no problem, China will just move all the peasants to these massive complexes but this would be devastating. First of all China needs to feed the people in these complexes. Secondly, as we have learned in the US, people on the dole with no work tend to get involved in drugs and crime. The human spirit needs a purpose – idle hands are the devil’s workshop!

These many properties throughout China still sit unoccupied, and there is a cost to this. Bloomberg reported in September 2018 about China –

Cash-to-short-term debt levels at more than 80 publicly traded real estate companies tracked by Bloomberg were 133 percent on average in the first half, the worst since the first six months of 2015 and down from 297 percent a year earlier. Almost a quarter of developers sport a ratio below 50 percent.

But while business has been booming, developers have also been piling on the debt. Firms have been selling more bonds in the domestic market — and at the cheapest rates as investors shrug off default concerns. Those with dollar-denominated obligations, meanwhile, face higher borrowing costs as the U.S. Federal Reserves continues on its tightening path.

The amount of debt related to China’s over development is massive. The total amount is unknown with S&P estimating the amount not reported by local communities and banks being over $6 trillion:

China may be sitting on a hidden debt pile of as much as 40 trillion yuan ($6 trillion), concealed off-balance-sheet by the country’s local governments, according to research from S&P Global Ratings.

Many local governments in China raise debt and hold it off their balance sheet, in order to avoid lending limits imposed by central authorities. S&P says that this is a growing problem within the country, and that the amount of debt held this way has likely ballooned in recent years.

Not only is the level of hidden debt held by local governments in the world’s second largest economy rising, but so too is the risk of those debts being defaulted on. Much of the debt is held by so-called local government financing vehicles (LGFVs), and S&P reports that central government may be willing to let these vehicles file for bankruptcy in the future.

“Default risk of LGFVs is on the rise. China has opened up the possibility of insolvent LGFVs filing for bankruptcy, but managing the default aftermath is a formidable task for top leadership,” the report noted….

The country’s total non-financial sector debt, which includes household, corporate and government debt, will surge to almost 300% of GDP by 2022, up from 242% in 2016. Fears abound that if this debt pile continues to grow, a spectacular blow up could be imminent.

We’ve said for nearly a year that China’s financial crash may make the 2008 crash in the US look small. The implications would no doubt impact the entire world but we never saw China’s response coming.

Accurate data coming from China is just not available on nearly everything as we are learning every day but we do know that a coronavirus was unleashed in China near Wuhan in Hubei province sometime in late 2019.  This virus created a worldwide pandemic and panic and within a couple months has totally destroyed the world’s economies.

Millions of Americans have lost their jobs.  Small and large businesses have been destroyed.  American’s life savings, at their peak a few weeks ago, have vanished.

China now has the audacity to complain about the coronavirus being labeled as the ‘China coronavirus’.  China even accused the US of starting the virus.  Outrageous!

By unleashing the coronavirus and destroying the entire world’s economy, the China regime maintains a hold over the people in China and claims its economic woes are due to the coronavirus.  The regime can also say it is no worse than all the other countries around the world.

US media and politicians who repeat China’s talking points are creating treason and should be treated as such.

This clearly was an economic Act of War and should be treated as such.  China should pay for this debacle and apologize to the US and the world.

Posted in Financial and tagged China, Coronavirus, Economy, Made in China.

Sexual harassment and rapes were never discussed in Egypt before 2006. The public used to blame the western influence which...