Prime Minister Boris Johnson has been moved to intensive care in hospital after his coronavirus symptoms “worsened”, Downing Street has said. 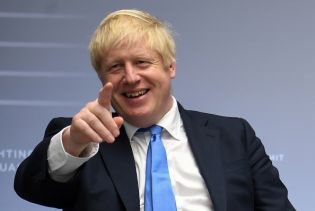 A spokesman said he was moved on the advice of his medical team and is receiving “excellent care”.

The prime minister, 55, was admitted to hospital in London with “persistent symptoms” on Sunday.

A No 10 statement read: “Since Sunday evening, the prime minister has been under the care of doctors at St Thomas’ Hospital, in London, after being admitted with persistent symptoms of coronavirus.

“Over the course of this afternoon, the condition of the prime minister has worsened.”

The Prime Minister was reportedly conscious yesterday,  his room is now set up as precaution with a ventilation machine on standby.

Johnson has nominated to deputize for him “where necessary,”   Foreign Secretary Dominic Raab. Raab is also reportedly Johnson’s “designated survivor,” and would take over the Prime Minister’s duties if Johnson is incapacitated or death.

The Times of London reported Johnson is receiving oxygen treatment,  51,608 Britons had tested positive and that 5,373 had died in the pandemic, and said it was essential for people to stay at home to save lives and ensure that the National Health Service does not become overwhelmed with new cases.

The News Media Needs to Be Saved, Especially From Itself

I confess to a certain self-interest in today’s column. The media, especially newspapers, are in trouble. Conservatives like myself have...