When is enough, enough of endless refugees? 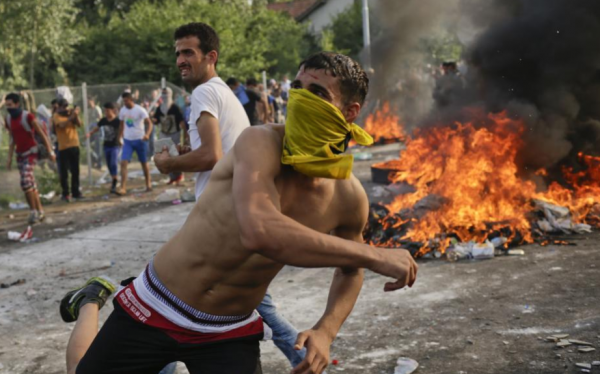 I know Trump is rather busy lately, but he’d better keep his eye on this and make sure we keep the doors closed tight.

We’re in the middle of a global pandemic, the United States economy is shut down, and there’s a movement afoot to bring more “refugees” here. Breitbart reports:

Refugee contractors, partially funded by American taxpayers, have lobbied for mass immigration to the United States during the Chinese coronavirus crisis.

The State Department has halted refugee resettlement in the midst of the coronavirus crisis, though a handful of “emergency” refugees have been resettled over the last week.

Refugee contractors have a vested interest in making sure as many refugees are resettled across the U.S. as possible because their annual federally-funded budgets are contingent on the number of refugees they resettle.

We don’t need this on a good day. And we’re having a bit of a bad day. So, no thanks. Our doors need to be closed tight and locked.

Leave it to the left to compound a nightmare and make a horrible situation even worse. It’s what they do. For the children, you know. (sarc off)

The “refugee contractors” make money off of refugees. Just because they are non-profit organizations in legal form does exempt them from the label “profiteers.” Their staff salaries and benefits depend on a steady flow of newcomers brought into the United States with their assistance.

In Case You Missed It:  Study: Over Half of Migrants and Refugees Are on American Taxpayer-Funded Welfare
Posted in Tyranny and tagged Immigration, Leftists, Migrants.

Britain on Wednesday reported its deadliest day since the start of the coronavirus pandemic, with 938 new deaths. Scientists predict...