The morons are the Greek authorities, who have allowed this wound to fester and rot. 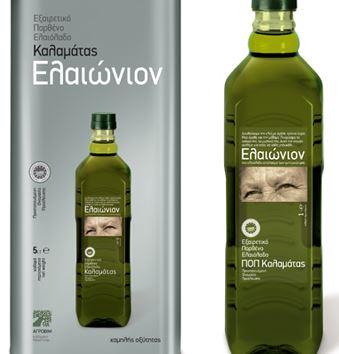 Fifty-thousand migrants on a Greek island? This is insanity on steroids.

Imagine if you will, that you have house “guests” who have arrived uninvited, steal your money, rape your daughters, and piss on the rugs. – and you do nothing to resolve this state of affairs – because that’s exactly what’s going on in Greece.

The Olive Trees are a food crop and important to the Greek economy. So the destruction of the Olive Trees on Lesvos is an act of war. The Greek government needs to bring in the military and forcibly expel all the Muslims from Lesvos and the rest of Greece.

What citizens of a country would stand as the invaders destroy their culture and economy without taking up arms and fighting back?

It has been a wild few days on the Greek island of Lesvos. The past few days has seen two gangs of Afghani immigrants battle each other and African immigrants ridicule and cough on police in the midst of the coronavirus pandemic, as reported by Greek City Times.

An attack on Greek heritage. Olive trees take approximately 65-80 years to reach stable yields, meaning that the destroyed trees are a major blow to the local economy. What country would welcome these barbarians?

Not enough, African immigrants ridicule and cough on police in the midst of the coronavirus pandemic#Europe #EU https://t.co/tW8hYgUFQx

Olive trees take approximately 65-80 years to reach stable yields, meaning that the destroyed trees are a major blow to the local economy. Olive exports amount to about US$700 million every year to the Greek economy.

The fruit is also an integral part of Greek history, culture, heritage and identity. Greece since the Bronze Age have been producing and exporting olives and olive oil, effectively meaning that olives have been a critical part of the Greek economy for at least 4,000 years.

The olive branch is most famous for being used as crowns during the ancient Olympic Games, appearing on Classical Athenian coins, and even being used as wedding crowns in Greek weddings today. The ancient Greeks saw the olive tree as a gift from the goddess of wisdom, Athena.

As olive trees take several decades to become productive, it is likely the land will be cultivated for other use now as farmers find more immediate ways to survive during this difficult economic period.

More deeply, the destruction of olive trees by the illegal immigrants is an attack against Greek heritage and identity, knowing the important role the fruit has played for millennia in Greece.

About half of the islands 50,000 illegal immigrants are kept at the Moria camp that is supposed to host 3,000 people only. In 2018, there was as many as one rape report a week in the Moria camp and an increase in killings and criminality on the island, including most recently rioting and olive tree chopping.

The Left Is an Existential Threat

By Jeffrey Folks The March 2020 issue of Fortune magazine focused on the "existential threat" to the Earth posed by global warming, despite...