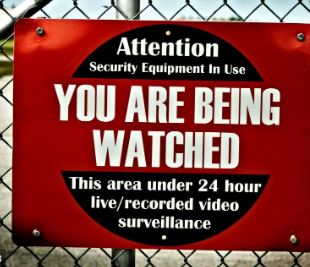 The March 2020 issue of Fortune magazine focused on the “existential threat” to the Earth posed by global warming, despite the fact that no significant global warming seems to be taking place.  With its appealing cover art — an image of the Earth tied up in a plastic trash bag — this issue is just what I’d expect from a liberal outfit.

It’s typical of climate alarmists to begin by assuming their premise: warming is an existential threat because, well, it is.  And anyone who questions that premise is a criminal.

Just what is meant by “existential threat” is a bit vague.  Alexandria Ocasio-Cortez famously announced that the Earth would come to an end by 2030.  No more life on the planet, no more planet.  That means that the planet somehow evaporates or shatters into a billion bits that go flying around in space.  Unless we give up everything to a totalitarian socialist government headed by Ocasio-Cortez and the like.

Is this what Fortune means by declaring that “our warming earth is an existential threat”?  Fortune’s editor-in-chief is Clifton Leaf.  In addition to editorial positions at a number of other publications, Leaf has written for the New York Times and appeared on Charlie Rose, CNN, and NPR, among other places.  No mention of Fox News.  An untarnished résumé of a life inside the liberal bubble.

It would have been more convincing if Fortune had painstakingly authenticated global warming, documenting just how much and when the Earth’s climate has warmed, if it has, and showing the source of that warming.  It would also be more convincing if that analysis had stretched back over a reasonable period of geologic time — say 40,000 years — to demonstrate that current warming, if it exists, is not just a blip in Earth’s history, but a significant departure, which it is not.  It was warmer than now, for example, in the Medieval Warm Period (900–1300 A.D.).  As the illustrious historian Norman Cantor has shown, that period coincided with great advances in human civilization in Europe — advances made possible by increased wealth and population resulting from warmer temperatures.

The Medieval Warm Period is estimated to have been one degree Celsius warmer than current temperatures, yet there was no “existential threat.”  Far from it: 900 to 1300 A.D. was the period in which Europe’s monumental cathedrals were built; its population expanded rapidly; and humans settled Iceland, Greenland, and, for a short time, North America.  Civilization flourished as a result of global warming.  (England’s 11th-century population is estimated at 2 million, growing to “5 or 6 million by the end of the 13th century.”)  If human beings prospered during the Medieval Warm Period, why not today?

Even Fortune acknowledges that many northern regions will flourish if predictions of warming come to pass.  By 2100, for instance, Canada’s GDP will increase by 246.7% and Russia’s by 419.1%, while warmer regions may suffer.  North Dakota will flourish as seniors migrate from Florida in search of cooler breezes.

How, exactly, do climate scientists know that Russia’s economy will expand by 419.1% by 2100 or that India’s will decline by 91.8%?  That estimate is taken from a 2017 article (Hsiang et al.) in Science magazine.  I’m sure Hsiang et al. worked overtime to create such a precise model of the effect of climate change on economic growth.  The problem is that none of those doomsday predictions has worked out in the past.  In the 1970s, Paul and Anne Ehrlich published The Population Bomb, which claimed that humans were on the verge of mass starvation.  According to the Ehrlichs, the Earth’s food production could support only 8 billion people, and we’re already at 7 billion.  The Ehrlichs seemed repelled by the masses of people living in China and India and at the purported wastefulness of those in developed countries like the U.S.

As another example, Alvin Toffler’s series of “future shock” books were taken seriously back in the 1970s   Toffler, by the way, was also an associate editor of Fortune.

Now another futurist is telling us that the Ehrlichs “may have underestimated” the risk: it’s not mass starvation, but the planet itself we have to be worried about.  David A. Sinclair is a specialist on human longevity, and he sees catastrophe ahead if we continue to consume and waste.

The solution, as always for such prognosticators, is strict regulation.  No more fossil fuels, no more plastic, no more big homes and big cars.  According to Sinclair, even monks in the U.S. are living twice as wastefully as we need to: imagine a brown woolen robe, a bowl of roots, and a bunk in an unheated hovel.  Now, that’s what we need to keep things going!

The reality is just the opposite.  Given the evidence that exists for the benefits of warming, what stands behind the environmental movement’s claims of an existential threat?  “Existential” means that the Earth will no longer exist.  Yet the Earth was warmer in the Medieval Warm Period than now, and it continued to exist and even thrive.  The false claim of an existential threat is in fact motivated by political considerations.

And those huddled masses in Bombay and Beijing — they’re not the risk but the solution.  Every human being born on this planet is precious and is part of the solution to whatever crises we face in the future.  From those beautiful children — “beggars,” the Ehrlichs called them — will come the great minds that lead us toward a better future.

As liberals see it, all human activity can be regulated and restricted on the pretext that all activity contributes to warming.  Even my personal decision to build a home for my family would be strictly regulated, and not from Washington, but from some place like Brussels or Geneva.  Likewise, my decision of what car to purchase, how to work, where and when to travel, and thousands of other personal matters would be decided not by me, but by the global state.

Political and economic control is the real goal of environmentalism.  The radical environmentalist movement is nothing more than another front for the left, whose overarching goal is totalitarian collectivism.  The iconic image for leftists — what leftists really treasure in their hearts — is that of obedient masses marching off to work, row after silent row under the thumb of the State.  Those who rule never see themselves as marching off — they stand on the imperial balconies, basking in the admiration of the workers who pass by.  The achievement of that godlike sense of power underlies all leftist thought.

But capitalism brings economic prosperity, not collectivism.  The impact of the coronavirus has temporarily halted our economic progress, but the benefits of capitalism will outlast the epidemic.  Once the virus is under control, economic activity will increase, and extremely low energy prices will spur economic growth.

There is no reason why the benefits of cheap energy should not continue for decades or centuries to come.  The United States possesses huge reserves of coal, natural gas, and oil.  Coupled with nuclear energy, these fossil fuels should render our country largely free of dependence on foreign energy suppliers — that is, if the environmentalists don’t shut them down, as Biden pledges to do.

Meanwhile, I’m waiting for signs of the earth’s demise in nine and a half years.  Fortune and Alexandria Ocasio-Cortez assure me that the end is near.

Here’s my prediction: we’ll still be here in 2030 — most of us, anyway.  And the Earth will be doing just fine.  Hopefully, a bit warmer.  And if global temperatures do reach the level of the Medieval Warm Period, it will be a blessing, but probably not for long.  Remember the first rule of climate change: temperatures rise and fall, and change is inevitable.

In one sense, Fortune is right: we are facing an “existential crisis,” but it is a political crisis, not an environmental one.  The future of American democratic capitalism is threatened by the left, whose members want to transform America into a socialist state.  The Earth is not going to cease to exist in 11 years, but our liberty could if we fail to defend it.

In Case You Missed It:  Antarctic: Surprising Sea Ice and Cooling
Posted in Freedoms and tagged Democrats, Global Warming, Leftists.