Brittney Cooper, an racist associate professor in the Department of Women’s, Gender and Sexuality Studies at Rutgers University, is doubling down on her prior racist public comments denouncing Trump supporters and alleging a conspiracy to kill black people. 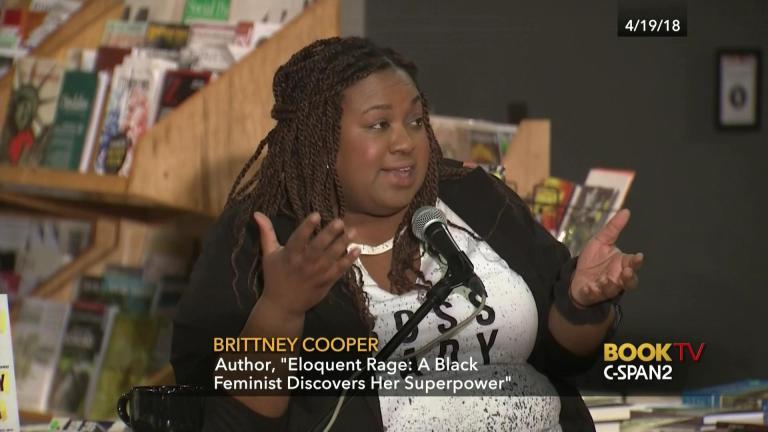 She notably has invoked her tenure status with the latest tweet attacks:

“I have tenure. Rutgers won’t be firing me for tweets.”

As many of you know, I have long taken the same position on the free speech rights of faculty on social media and public comments. However, schools have been less than consistent in punishing or investigating faculty based on the content of their views.  Cooper declaring “F— each and every Trump supporter” obviously would include many students in the university.  She blames “white depravity” and claims “when whiteness has a death wish, we are all in for a serious problem.”  As previously discussed, it is doubtful that these same attacks directed against African-Americans or other groups would be treated in the same fashion.

This week, Cooper tweeted “F— each and every Trump supporter. You absolutely did this. You are to blame” for the pandemic.  She brushed off past criticism and declared “I said what I meant. And I curse cuz I’m grown. I have tenure. Rutgers won’t be firing me for tweets.”

So I said what I meant. And I curse cuz I’m grown. I disdain every person who thought and thinks he’s a good leader, because that thinking has had material consequences for far too many of us.

Cooper has insisted that the Chinese Wuhan pandemic is part of a racist plot by white conservatives and Trump supporters.

In unhinged screeds, Cooper claims that the pandemic is really “all about a gross necropolitical calculation that it is Black people who are dying disproportionately from COVID.”  She added  “Not only do white conservatives not care about Black life but my most cynical negative read of the white supremacists among them is that they welcome this mass winnowing of Black folks in order to slow demographic shifts and shore up political power.”

Not only do white conservatives not care about Black life, but my most cynical negative read of the white supremacists among them is that they welcome this massive winnowing of Black folks in order to slow demographic shifts and shore up political power.

In another post, Cooper claimed Trump supporters’ loyalty to the president impaired their judgment about the outbreak:

“They are literally willing to die from this clusterf—ed COVID response rather than admit absolutely anybody other than him [Trump] would have been a better president. And when whiteness has a death wish, we are all in for a serious problem.”

She has previously denounced “white depravity.”

As we have previously discussed (including a story involving an Oregon professor), there remains an uncertain line in what language is protected for teachers in their private lives. The incident also raises what some faculty have complained is a double or at least uncertain standard. We have previously discussed controversies at the University of California and Boston University, where there have been criticism of such a double standard, even in the face of criminal conduct. There were also such an incident at the University of London involving Bahar Mustafa as well as one involving a University of Pennsylvania professor. Some intolerant statements against students are deemed free speech while others are deemed hate speech or the basis for university action. There is a lack of consistency or uniformity in these actions which turn on the specific groups left aggrieved by out-of-school comments.

Again, I believe Cooper’s speech should be protected but the recognition of such free speech values seems to often exclude faculty and students from opposing political or social perspectives.  The protection of such speech continues to depend on its content in determining if actions will be taken by the university.

In Case You Missed It:  Twitter Files reveal social media platform rigged the COVID debate, was complicit in deaths that could have been easily prevented
Posted in Freedoms and tagged Black Privilege, Coronavirus, Liberal Fascism, Racism.

The latest documents released by the DOJ provide additional shocking evidence that the currupt Obama White House was running the...