The latest documents released by the DOJ provide additional shocking evidence that the currupt Obama White House was running the illegal operation to spy on candidate and then President Trump in an effort to destroy the incoming administration and have President Trump eventually and illegally removed from office! 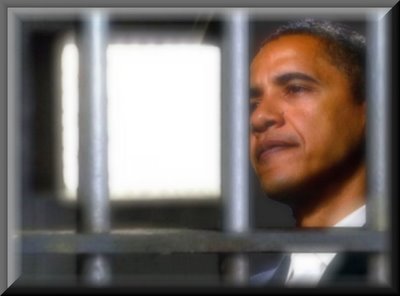 The latest emails released from the DOJ today in the General Michael Flynn case show the Obama White House was corrupt to the core and was running the illegal fix.  In the last line in the first paragraph on page 9 of the 12 page release it says:

We need to discuss what happens if DOJ directs us, or directly tells, VPOTUS or anyone else about the [redacted] specifically w/r/t [with regards to] what we do directly with him.  I think it will be very difficult not to do some sort of overt step with him, a defensive briefing or interview under light “defensive briefing” pretext unless WH specifically directs us not to.

The Department of Justice released these documents today.

In early June 2018 Judicial Watch’s Chris Farrell said the following about this text on Obama:

…These folks are so far out of bounds and so far beyond that pale. When people talk about it being a coup, there’s no exaggeration there. It was a coup. It was an effort to unseat or destabilize the Trump Administration, the President personally but actually his entire administration and we’ve never seen anything like it.

This makes, you know, pick your favorite scandal, Watergate, Whitewater, whatever, it makes all that look like Keystone cops. This was a very sophisticated, very thought out….

There’s a very important text message from Lisa Page to Peter Strzok and that is from November of 2016 and the context for the text message is – Strzok asks Lisa Page, “Hey, what are you doing?” or words to that effect.

She reports back very excitedly that she’s preparing talking points for Director Comey to go brief the President on what they’re doing. And the quote from Lisa Page is quote – “POTUS wants to know everything we’re doing” – closed quote.

That POTUS of course is Barack Obama, now exposed as the most corrupt president in American history. And, I will take Lisa Page at her word. It’s an off the cuff communication with her paramour. She’s excited. She’s getting the Director prepped.

This entire, it’s a tragedy. It’s a scandal we’ve never seen before constitutionally. This rests entirely on Mr. Obama and his administration. It starts with them and we need real accountability. Let’s get Mr. Obama under oath.

It is now clear that the Obama administration went after General Michael Flynn for over a year before the 2016 election and was spying on the Trump campaign for months to gain a political advantage.

The mainstream media to this day continues to ignore or downplay this biggest political scandal in US history.

Kellyanne implicated the entire Obama administration and the former president in these illegal and treasonous activities.

Kellyanne Conway:  he continued doing that bidding after President Trump was elected and into our first days here at the White House.  Look, if Peter Strzok had something important to say about General Flynn, let’s just say he was an existential threat  or a real national security threat, he could have come forward and said that.  This isn’t the purpose of this inquisition of Michael Flynn.  You see the notes, you see them saying, “Don’t end crossfire razor.”  Keep it going. Why? To harass and embarrass a general who had served with distinction over three decades.  I will remind everybody that President Obama told President-elect Donald Trump he had two things to worry about, North Korea and Michael Flynn!  Folks that’s just weird on its face!  You gotta worry about a nuclear capable dictator in North Korea and you gotta worry about a general of 37 years who served in the Obama administration.  People should look at this for what it is.  Taxpayers funded this nonsense.

So far, Barack Obama has remained silent about his role in this historic crime. Eventually, he will have to try to explain why he was spying on the opposition party from the Oval Office. Obama should be behind bars for life for high treason.

The Consequences of a Federal Bailout for the States

As lawmakers debate over a bailout for the states, Jonathan Williams, the chief economist and executive vice president of policy...