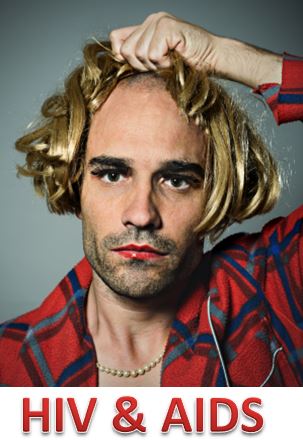 For a long time the sodomite agenda has not had specifics given about the rates of HIV among genital mutilators and cross-dressers, known collectively as “transgenders”. However, according to a recent CDC study reported on by the Washington Blade, there are massive increases among HIV infections in the transgender bloc.

For the first time, the Centers for Disease Control & Prevention is including data on transgender people in its reports on HIV infections — and the results show a gradual increase in new cases of the disease over the past several years.

Compared to previous reports that placed transgender people in the same category as “male” and “female,” the latest iteration of total diagnoses of HIV Infection in the United States made public Thursday contains an entire section devoted to transgender people.

The inclusion of the transgender data is part of the CDC’s first-ever inclusion of national-level data by gender in the report. Additionally, CDC has for the first time released estimates of HIV incidence for Puerto Rico and at the county level for high-incidence jurisdictions as the Trump administration’s plan to focus on these areas to beat the HIV epidemic by 2030.

In terms of region, the number of diagnoses of HIV infection among transgender adults and adolescents in the Northeast and West increased, but they remained stable in the Midwest and South.

Carl Schmid, executive director of the HIV + Hepatitis Policy Institute, told the Blade he’s “pleased that the CDC is finally recognizing the transgender community, instead of lumping them in as either ‘male’ or ‘female,’ when reporting HIV data.” (source)

Bubble-Wrapped Americans: How The US Became Obsessed With Physical & Emotional Safety

Via Ammo.com, “In America we say if anyone gets hurt, we will ban it for everyone everywhere for all time....