“fundamental transformation”—and including staging a coup against his replacement while still in office— is working out to be the biggest American political tragedy.

It wasn’t until the coronavirus wreaked havoc forcing the entire nation on lockdown, that anti-American, covert snake-in-the-grass lifelong “community organizer” Barack Obama came out of hiding to blame the spread of a media-touted raging pandemic on President Donald Trump.

The timing of this latest monumental move by a two term former president—defiantly refusing to go away—is absolutely jaw dropping.

Obama strutted off the stage to become ‘Resistance Leader Incognito’

Other than boring media reports of his business and campus speeches, the last time we saw Obama was the day he shook hands with new President Donald Trump in the White House.

Leaving behind the deceitful impression that he was duly part of a “smooth transition”, Obama strutted off the stage to become ‘Resistance Leader Incognito’.

“I want to emphasize to you, Mr. President-elect, that we now are going to want to do everything we can to help you succeed because if you succeed, then the country succeeds,” Obama told Trump.

With a handsome advance for a book that somehow never got published, the one time do-nothing Illinois senator whose main mission in political life was to “Fundamentally Transform America”, wended himself into the bowels of Netflix, producing ‘documentaries’ with his activist wife, having learned the ropes from his then 18-year-old daughter who had learned them at Harvey Weinstein’s New York production company.

Like a deadly pathogen mutating itself in a petri dish

, Obama kept his silence during all of the cooked-up ‘Russiagate’ and during two back-to-back Democrat televised hearing and Impeachment trial.

Working silently and stealthily in the background,  the America resenting community organizer wanted “folk” to believe he was no threat to a Republic that was much better off without him while he holed up in a multi-million dollar mansion with activist wife, Michelle and activist former advisor Valerie Jarrett, all working in a lavish abode within easy walking distance of the White House.

But the Man from Nowhere, sprung on the world as a Messiah from that faux Greek stage by the DNC—the president who refuses to go away even as a private citizen—remains in every dark corner, in every nook and cranny of the the Peoples’ White House.

There’s a mini Obama behind every leak at the present day White House going back over nearly the past four years.

Obama’s wild accusation that President Trump’s handling of the coronavirus pandemic is an “absolute chaotic disaster,”  and his reaction to the Justice Department dropping its criminal case against Trump’s first national security adviser, Michael Flynn, claiming that he’s worried that the “basic understanding of rule of law is at risk,” is an ongoing part of the coup d’état he unleashed on President Trump in the first place!

Obama’s outlandish remarks came during a Friday call with 3,000 “ex-members” of the Obama Alumni Association, AP-described as “people who served in his administration”.

This is how the Obama Alumni Association describes itself off their website:

“Shortly after President Obama’s historic 2008 election, a group of campaign alumni came together around the question of how to sustain the community of people who had, and would continue to, dedicate their time to perfecting our union. The answer became the Obama Alumni Association, which over the past decade has connected, engaged, and mobilized the thousands of alumni from President Obama’s campaigns, Administration, and OFA.

“Our work continues. Now more than ever, it’s critical that we come together as a family — to organize and mobilize, to communicate, plan, and share opportunities with each other. This website was created to enable just that — as a forum to connect alumni to each other, share the inspiring work alumni are doing across the country, share job opportunities, and highlight important actions that we can all take to move our country forward.”

God protect the president and his family’s physical safety!

Some of the alumni still have hooks into the White House doing Obama’s bidding and still working feverishly to bring down the Trump administration. 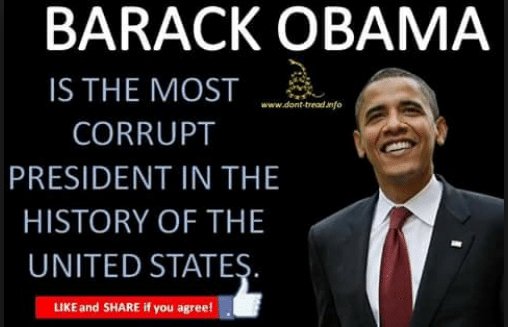 Now that their frustration has reached desperado peak, God protect the president and his family’s physical safety!

Now that he’s back at the front rather than the back of the battle lines, this is where Obama is coming from:

“What we’re fighting against is these long-term trends in which being selfish, being tribal, being divided, and seeing others as an enemy — that has become a stronger impulse in American life. And by the way, we’re seeing that internationally as well. It’s part of the reason why the response to this global crisis has been so anemic and spotty,” Obama said, according to Yahoo News. (AP, May 9, 2020 )

A resentful ex-president who bears ill will toward America

“White House press secretary Kayleigh McEnany did not mention Obama directly in her response to his remarks.

“President Trump’s coronavirus response has been unprecedented and saved American lives,” she said.

Meanwhile, that a resentful ex-president who bears ill will toward America—even fomenting for its “fundamental transformation”—and including staging a coup d’état against his replacement while still in office— is working out to be the biggest American political tragedy of all time.

In Case You Missed It:  Fed Chair Jerome Powell Says Government Debt Is On An ‘Unsustainable Path’ As Economy Is Shrinking
Posted in Tyranny and tagged coup, Crime, Democrats, Obama, Obamagate, Spygate, Tyranny.

Coronavirus: Most Africans ‘will go hungry in 14-day lockdown’

More than two-thirds of people surveyed in 20 African countries said they would run out of food and water if...