In the Ahmaud Arbery case, the media, as always, are theorizing in advance of the data, and they are doing so in service to a divisive racial agenda.  The undisputed facts (excluding the inevitably self-interested statements from the men arrested) are as follows:

Travis McMichael shot 24-year-old Arbery.  The question is whether it was self-defense, manslaughter, or murder.

Greg and Travis McMichael (father and son) are white, while Arbery was black.

Shortly before Arbery was shot, Greg called 911 to report that “[t]here’s a black male running down the street.”  He’s then heard to say “G-ddamit.  C’mon, Travis.”

In a second 911 call around the same time, an unidentified caller reported a possible burglary in the neighborhood, saying, “There’s a guy in the house right now, a house under construction.”  Next, the caller said, “And he’s running right now.  There he goes right now.”  The unidentified caller reported that the possible burglar had been seen before in the neighborhood and had “been caught on the camera a bunch before at night,” adding, “It’s kind of an ongoing thing out here.”

An infamous video (above) shows Arbery either running or jogging down the left side of the street.  The verb “running” implies escape or aggression.  The verb “jogging” has a recreational feel.

A white pick-up is seen farther up the road, on the right side, with a man standing by the driver’s-side door.  Arbery abruptly veers across the street toward the right rear of the truck.  A man stands in the truck bed.  The video swerves, showing only foliage.

Seconds later, Arbery is running at top speed counterclockwise around the truck’s front right side.  Two figures emerge on the front left side, partially obscured by the open driver’s side door.  Travis, holding a rifle, is rapidly moving backward while Arbery is more rapidly moving toward him.

Arbery grabs Travis’s arms and the rifle while striking Travis’s head with his left arm.

Again, the video loses sight of the men.  After momentarily focusing on Greg, in the back of the truck, it shifts back to Travis and Arbery.  Again, Arbery is pushing Travis backward while grabbing the rifle and continuing to strike Travis’s head.  The gun’s muzzle is aimed at Arbery’s center mass.  Shots ring out.

Travis falls backward, still holding the rifle, its muzzle aimed at the ground.  Arbery, fatally wounded, falls to the ground.

All media reports show pictures of Arbery as a clean-cut, smiling young man.

A few other undisputed facts emerge in a letter from the local district attorney, George E. Barnhill, to Captain Tom Jump of the Glynn County Police Department:

Barnhill recused himself from the case because Arbery’s mother was concerned that Barnhill might be biased in favor of Greg, a retired police detective and former investigator in the local D.A.’s office.

In Georgia, it is legal to make a citizen’s arrest if a crime is committed in the citizen’s presence or within his knowledge.

Georgia allows open carry, so the McMichaels were not carrying weapons illegally.

In December 2012, Arbery was arrested for bringing a handgun to a gym during a basketball game.

In 2018, Arbery was convicted of shoplifting and violating his probation. 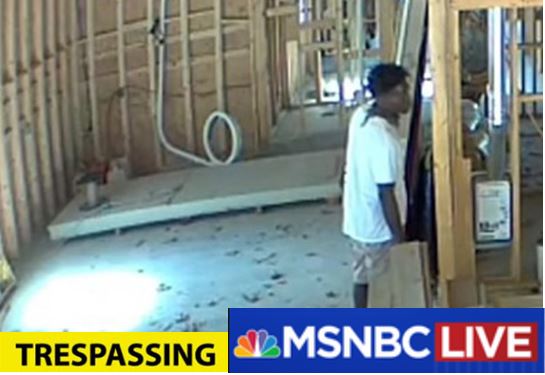 The above is all we, the public, know with certainty.  Everything else is speculation run through a racial filter.  What’s happening now is reminiscent of the George Zimmerman matter.  You may recall that the media identified Zimmerman as a “white Hispanic” when they realized that Zimmerman was not a Germanic race killer.  The press also carefully showed Trayvon Martin as an endearing child, not a drug-taking “gangsta.”

The same happened with Michael Brown, in Ferguson, Missouri, him of the “hands up, don’t shoot” narrative.  A huge guy who had strong-armed a store clerk and gone for a police officer’s gun, the media presented him as a gentle, peaceful man.

The American media have their narrative: the McMichaels are Southern racists who murdered a black man in cold blood and are being protected by a corrupt district attorney.

The facts don’t support that narrative.  Nor do they support a counter-narrative.  The objective information does not establish either murder or self-defense.

It would be a wonderful thing if the American people would refuse to allow the media to stand as judge, jury, and executioner.  Media’s role, at most, should be to report the facts, as I did, and to leave it to the legal system to try those facts.

Let’s Not Waste a Crisis