Authored by Jacob Hornberger via The Future of Freedom Foundation, 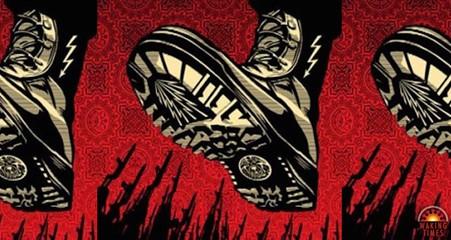 There are several important things to notice about the Bill of Rights:

First, the Bill of Rights, does not give people rights.

Our ancestors understood that rights come from nature and God, not from government.

Second, the Bill of Rights consists of prohibitions and restrictions on the federal government.

Why is that important?

Because our ancestors knew that the federal power would inevitably attract people to public office who would do the types of things that were being restricted. They would criminalize speech, especially speech that was critical of federal officials. They would ban protests against government. They would force people to subscribe to a certain religion. They would seize people’s guns. They would punish any malefactor by simply having civil or military agents take people into custody, incarcerate them, torture them, or execute them, all without trial by jury and due process of law.

The Bill of Rights was to serve as a reminder that federal officials had no legitimate power to do any of these things.

Third, the Bill of Rights contains no emergency or crisis exception.

That’s because our ancestors knew that historically crises and emergencies were the time-honored way by which people lost their liberties at the hands of their own government. During such times, people become afraid and their natural tendency is to look to the government to keep them safe and secure.

They forget that the biggest threat to their liberty is their very own government, as reflected in the Constitution and the Bill of Rights. Thus, they eagerly trade away their liberty for “security.” Later, when the crisis or emergency has passed, they discover that the government is unwilling to give up the power it has acquired over them.

In Case You Missed It:  4 Takeaways From the Michigan Senate’s Election Fraud Hearing
Posted in Freedoms and tagged Freedom, God, US Citizen.

Authored by Ron Paul via The Ron Paul Institute for Peace & Prosperity, A Fresno, California waffle restaurant dared to...