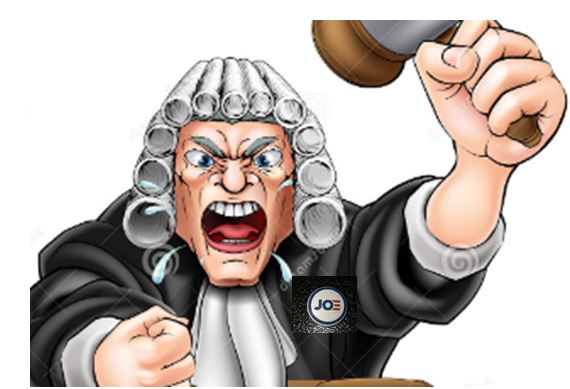 To begin, recall recently, after damning evidence surfaced of a corrupt FBI prosecution of an innocent 3-Star Star General, Fed Judge Emmet Sullivan was directed by the DOJ to vacate the conviction. The DOJ had already moved to drop the case. But instead, the Judge refused to reverse the plea deal and now acts like the entire matter is still a fair case. But why??

So “contempt” is for Flynn’s “perjury” for admitting he lied to the Judge. Huh? Confused yet? Is it immaterial to Sullivan that Flynn was misled, did not receive Due Process, was menaced with a dead law, and threatened with jail and by family prosecutions? His FBI file was set aside when it was decided he answered honestly –  before being reopened to slander Flynn and use this for propaganda purposes.

Some theories bouncing around the internet follow: Did Obama’s people contact this judge to stress how incredibly important it was to hang onto some element of the Russia Investigation as being ethical to protect the FBI and Intelligence community? Did the judge realize his failure to notice the contrived nature of this case would ruin his reputation for probity? Perhaps the judge is a true believer in the progressive wing of grievance leftism? Maybe the judge just doesn’t like military folks, or Flynn specifically and still thinks he is a sellout? Perhaps he accepts “progressive” politics, where adherence to pragmatism means that the outcome equals justice?!! Or maybe this is all more gas-lighting.

But would there be any bigger cause than saving Obama’s reputation? Flynn’s lawyer, Sidney Powell, tweeted Sullivan could be acting at request of former President Barack Obama.

SHOULD FLYNN STILL BE SENTENCED?

Obdurate refusal to cooperate leads to several disruptive decisions. Now what? Sadly, this will reinflate all pompous windbags who’ve spent 3 years lecturing us about how corrupt Trump’s staff is. But is there really a sound argument to convict Flynn for anything?

Sullivan requested amicus briefs from any party. Further, Sullivan appointed former Fed Judge John Gleeson, to help on the DOJ’s request, ruling on the perjury charges. Gleeson judging Gen. Flynn is shocking, having just published an anti-Flynn screed. Wrote Gleeson, “Flynn’s guilt has already been adjudicated. So if the court finds dismissal would result in a miscarriage of justice, it can deny the motion, refuse to permit withdrawal of the guilty plea and proceed to sentencing.” But what if the court made a mistake, or if serious misconduct profoundly affecting the prosecution was exposed?

Does Gleeson’s choice expose liberalism’s worst error – conceit? Should the FBI prevail even in Due Process busting scenarios? There must be a rational reason for all the Trump hate which started with the FBI before he entered office. Maybe Trump imbalances what progressives feel is the natural order – leadership by Ivy League scions, as naturally socialist as philosophy professors.

Some might say the general problem with America is the shocking number of high officials across the nation whose values, thinking skills and habits are completely compromised by progressive fables – such as Marxism. And should you doubt Sullivan’s leftist passions, he once sent out an email to his entire federal email list for a Global Warming convention, then was taken to the woodshed for apparent open leftist ideology by the Chief Judge of the Court of Appeals.

Whatever the story, Judge Sullivan still has an absolute duty to insure the US Federal Court does not perpetrate crimes or aid in the stripping of American citizens of their civil rights. This has nothing to do with personal feelings. And how does Sullivan square all of the dishonest elements of this prosecution? And the fact that Flynn was considered innocent until FBI “leadership” decided his case would be rewritten to make a prosecution? Whatever happened to Prosecutorial Misconduct?

The theory of prosecuting Gen. Flynn for perjury in a case where he suffered reckless bias, frame-ups and deceit by the FBI would, according to one blogger – be like charging a girl rent for her time spent in a closet where she was hiding from a convicted pedophile frantically kicking in doors to find her.

If an FBI agent is not conducting a formal, predicated, announced investigation of a suspect – how can a person be charged with lying to the authorities?

Regarding rules which the Natural Law places on liberal democracy, John Finnis has written:

Deeper and more demanding than any constitutional or other legal limits on governments are the moral principles and norms which natural law theory considers to be principles and norms of reason, and which are limits, side-constraints, recognized in the conscientious deliberations of every decent person. The public responsibilities and authority of rulers do not exempt them from these limits:” no intentional killing of the innocent; no rape; no lies; no non-penal enslavement, and so forth. The reassertion of the truths that there are indeed such limits on government, and that they can well be articulated in the relatively modern language of truly inviolable rights (is essential). See Liberalism and Natural Law Theory, John Finnis.

But if Flynn’s conviction is upheld, the Fed Government will now stand for the proposition that regardless of how many rules or laws cops break for a conviction, it doesn’t matter.  For as long as there is a guilty plea – even if the charge is based upon bogus charges emanating from casual comments made to government workers, not under oath – the state can always claim a victory.

The point here is that all rulers and judges are under a moral, higher law which does not allow hoax setup prosecutions and kangaroo courts. And that general fairness and common sense can never be set aside, even when members of the society pursue their ambitions for greater power. And so targeting Gen. Flynn to trick him into pleading guilty to embarrass Trump and punish the General for supposed past sins is nothing short of evil, which no leader is justified to pursue.

In Case You Missed It:  Former EcoHealth VP and Whistleblower Andrew Huff: US Govt. Is Trying to Cover Up Origins of COVID-19 Because Dr. Fauci and US Were Funding Wuhan Lab’s Gain of Function Research (VIDEO)
Posted in Tyranny and tagged curruption, Democrats, Obama, Obamagate, Spygate.

What happened to global warming? By Paul Joseph Watson The Sun is entering a period of “solar minimum” that could...