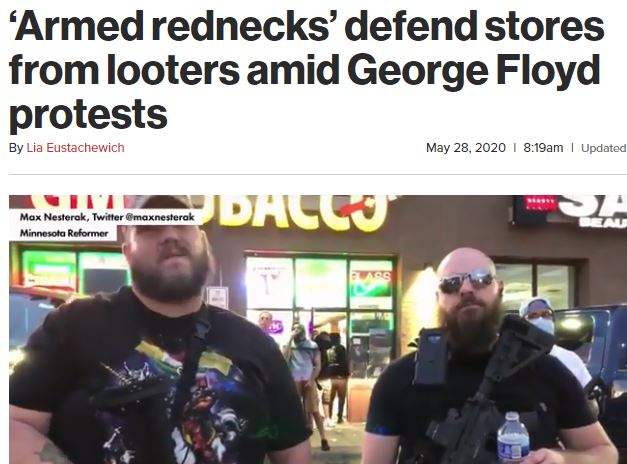 The leftist media is misleading the public again trying to divide the communities into race. Seen on this leftist media site is the misleading headline  “Armed rednecks’ defend stores from looters amid George Floyd protests”. Then the picture is zoomed in to show two armed white men protecting the store.

The article goes on to suggest that they are anti protesters  and racist rednecks. But is that the truth?

Here is a picture of them in front of the same store, happens to be they are not “rednecks”  but rather two white man and two black men getting together protecting their community from looters. They are not against peaceful protest, but are against the looting and burning of the city they live in by rioters using George Floyd’s death as an excuse to loot the city. 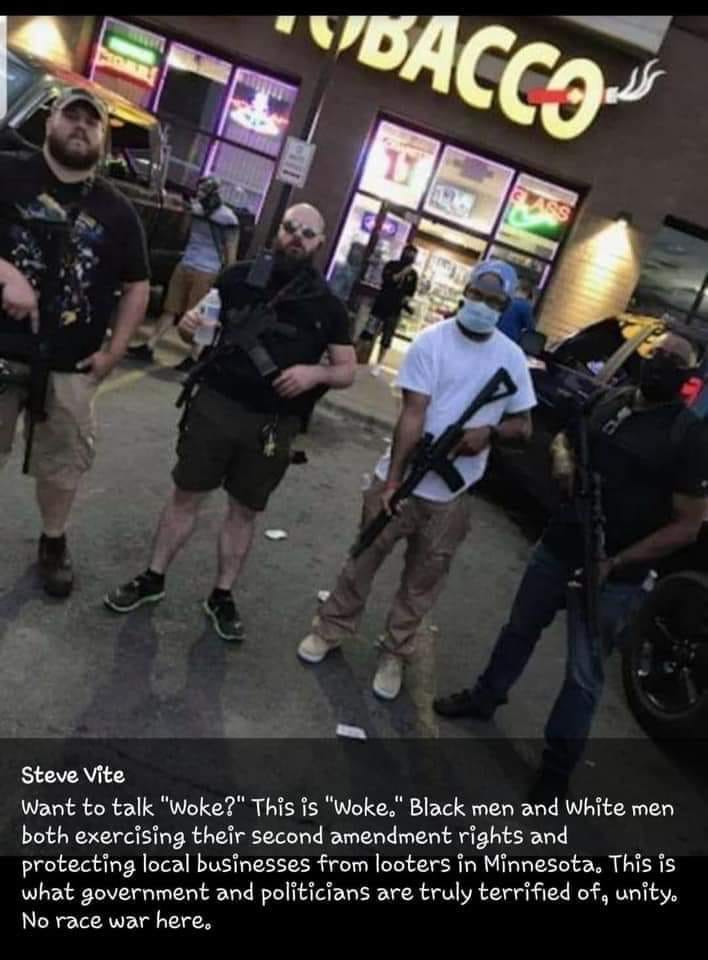 Many in the community are seeing how the leftist media is trying to use identity politics and divide us by race.  DeVaughn Lee Has has enough of the media misleading the people.

Don’t fall the the media lies trying to divide the community by race, shame on the left always using identity politics.

In Case You Missed It:  COVID Shuts Down Ringo Starr Summer US Tour After Two All Starr Band Members Test Positive for Virus
Posted in Tyranny and tagged media, Minneapolis, Propaganda.

Keith Ellison the Attorney General of Minnesota is seen holding a book by the violent fascist terrorist group ANTIFA, a...