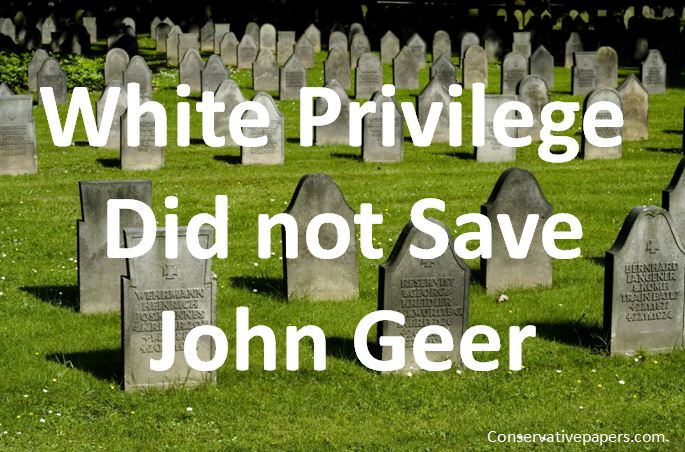 With the mayhem following the last Monday death of arrestee George Floyd, many have pointed out that protesting is fine, but rioting is not.  While obviously true, something equally so is left unsaid:

There is nothing to protest.

It’s not as with the murder of Justine Damond, where it took eight months to arrest the trigger-pulling Minneapolis police officer, Mohamed Noor.

It’s not as with the killing of Virginian John Geer, where it took 18 months to arrest the cop who killed him and later pleaded down to involuntary manslaughter, Adam Torres.

Of course, Damond and Geer were both white.  So not only were there no protests, riots, looting, or burning, but the incidents weren’t even covered nationally.  Nothing to see here — move along.

In contrast, it took mere days for the officer in the Floyd case, Derek Chauvin, to be fired, arrested, and charged with third-degree murder and manslaughter, and the other three cops involved have also been axed.  So what would satisfy the protesters?  A summary execution?  (In some cases, yes.)

Oh, but there’s the big picture, many say.  There sure is, and it’s this: far more white than black suspects are shot every year by cops.

This isn’t merely due to whites being far more numerous, either.  After all, research finds that police are actually more likely to shoot whites relative to the races’ different homicide rates and the rates at which they feloniously shoot police.

A study also showed that cops are, in reality, more willing to shoot white suspects than black ones.

Black suspects are as likely to shoot at police as to be shot at. 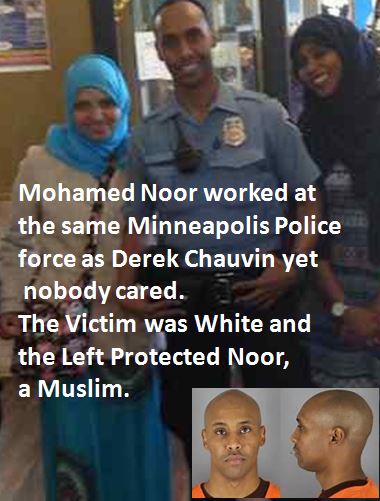 According to FBI statistics, 46 percent of those who murder police officers are black.

Note also that approximately 90 percent of black homicide victims are killed by other black people — and, here’s what most don’t know, most of the rest are likely killed by Hispanics.  (Hispanics are generally included in the “white” category in crime statistics.)  Non-Hispanic white-on-black murder is relatively rare.

So, again, what’s there to protest?

Of course, media propaganda ensures that not only won’t most people know the above truths, but they’ll live in an inverted world of unreality in which they think the truth is precisely the opposite.  This is why the mainstream media are largely responsible for the rioting, destruction, and death currently plaguing our country.

Actually, though, there is something to protest: the lockdowns, which, despite being revealed as a cure far worse than the disease, are perpetuated by ignorant, corrupt politicians who know that an admission of error indicts their judgment.

Mohamed Noor was MPD's first Somali cop who shot and killed a white woman who called police for help. pic.twitter.com/I2VxGOi56h

Speaking of which, if the shut down businesses’ owners created mayhem the way the miscreants destroying some of their businesses currently are, would they get the kind of sympathy the establishment left shows the rioters?  Actually, the ignorant, corrupt politicians would probably enjoy rolling over them with a tank — and would be cheered on by their talking-monkey public-relations team (AKA the media).

In reality, it’s likely that many rioters couldn’t even tell you the name of the guy who died in police custody last Monday, and many couldn’t care less about him.  They’re driven by their own twisted passions (and there’s astroturfing at work here, too) and should be brought to heel with extreme prejudice.

Instead, all the feckless Minneapolis authorities could do was declare “racism” a national emergency to justify the violence.

Our real national emergency is widespread lack of virtue, with, in particular, the virtues of honesty, courage, and justice in terribly short supply. 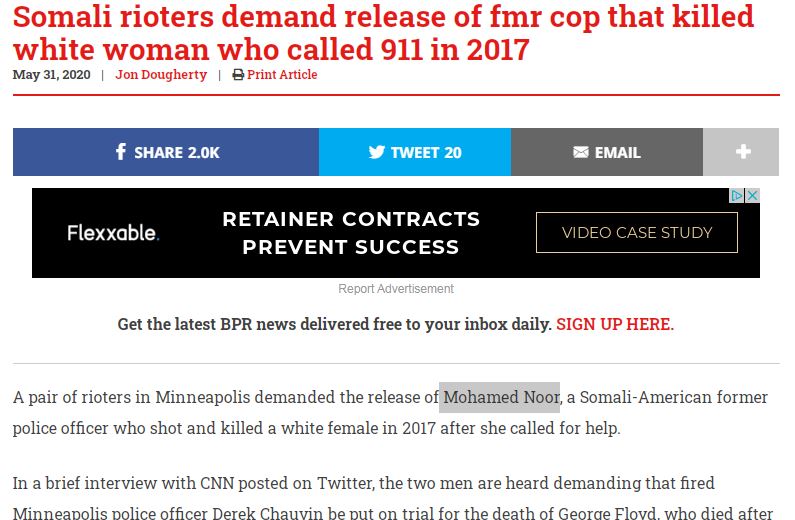 In Case You Missed It:  Wisconsin Speaker Vos Removes Rep. Ramthun’s Staff after He Outed Vos for Being Behind Drop Boxes Across the Country in the 2020 Election
Posted in Tyranny and tagged GeorgeFloydProtests, Protests, Riots.

As flash points erupt between protesters and police in Hong Kong, water cannons filled with blue dye are being turned...