Petition urges ‘maximum sentence’ for a sick leftist protester who tortured and killed a dog. 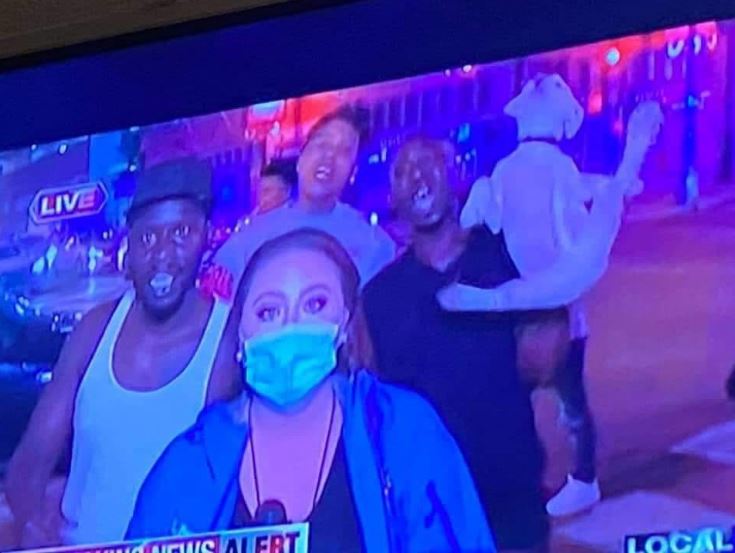 The black version of Derik Chauvin has been found, he may not put he knee on their neck, but he hanged a dog by its leash. This radical leftist killed the innocent dog in the same heinous manner as George Floyd was killed.

In sick footage seen Monday during a live shot from WATN Local 24, the Leftist rioter can be seen behind a reporter bragging he stole a puppy before lifting a dog by its collar and swinging it around.

A follow-up from animal rights activists exposed that the dog was later found dead.

“Dog has been confirmed dead,” wrote an animal rights activist on Facebook. “The George Floyd protester tied a cable around the dogs neck and hung him on a fence. Please help identify this sick psychopath. Animals did nothing and their voice needs heard just as much.” [sic]

The call for justice was taken up by a Facebook group named the “Justice for Dogs Network,” and echoed by animal welfare group The Kris Kelly Foundation, which offered a $500 reward “to find this rioter at the George Floyd protest on Beale Street.”

A petition, signed by over 66 thousand people as of writing, also appeared at Change.org calling for the arrest of, and a maximum sentence for the man seen with the dog:

“The sick torture on live tv and eventual hanging/murder of an innocent animal on a fence is horrendous!” states the petition.

“We demand Memphis Police and DA take immediate action arrest and enforce maximum penalty for this innocent, voiceless, dog. This is a horrible act from a dangerous man obviously without conscious. Show the country we will not tolerate animal abuse and we will stop it!” 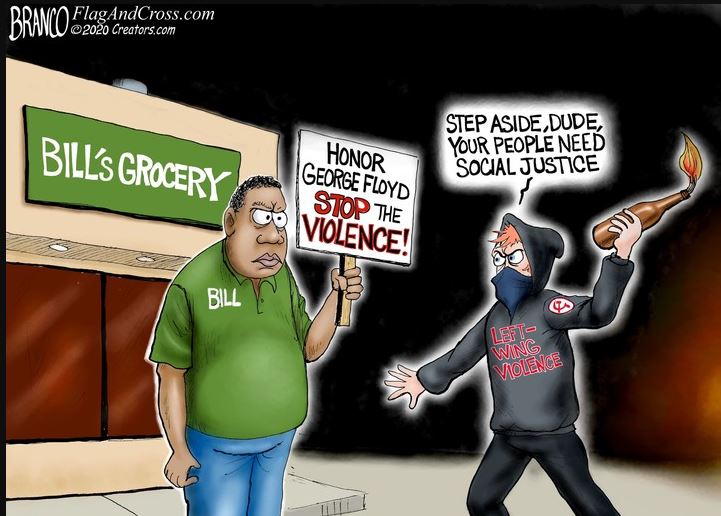 George Bush Weighs in on Riots: ‘Lasting Justice Will Only Come by Peaceful Means’

Former President George W. Bush weighed in Monday on the riots that have torn across the United States, saying that...