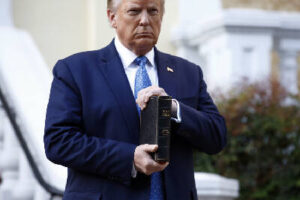 Some honest brokers reckon that there can be no doubt now that Civil War has broke out in America with the brutal, savage and ongoing offensive of Antifa and BLM Insurrection, Incitment, Riots and Widespread Looting, lamentably and egregiously condoned by Barack Hussein Obama and his Shadow Government operating from Washington DC, which has riven the Republic apart from top to bottom, with Democrat Governors and Mayors turning a blind eye to the Chaos and Anarchy in Blue States, all with the one collective and destructive goal in mind of downing President Trump, no matter the cost to the Constitution, precious lives or property.

Is Civil War upon America ?

We have also seen a stage managed host of former White House appointments like Generals Mattis and Kelly, Ex CIA Director John Bremnan, and Republican Senators Murkowski and Collins and others being wheeled out daily to lambast and condemn President Trump as a Racist, in a grievous attempt to delegitmise his Presidency, and the current Secretary of Defense Mark Esper openly defying his President by ruling out sending in the troops to quell the rioter and looters who are tearing New York, Washington, Minneapolis and other States apart on a daily basis.

Some observers think if left unchecked, Minneapolis could well become a Sharia Law State within the short time span of two months.

What implications would this have for the Republic if it becomes true ?

Has Insurrection broke out in the United States ?

Foreign players like Russia, China, Iran and Turkey are reportedly now cashing in their stakes by capitalising on Trump and America’s woes by making their moves in Libya, Syria and Afghanistan to consoldate their own military and strategic positions in the Middle East, and also allegedly by pouring in undisclosed and hidden money to the insurgents to fan the flames of Revolution in America.

Is Revolution upon America ?

There is dark talk and mutterings in Washington circles, that some upper level people in the military are openly talking about defying the President of the United States.

That if enacted would constitute Mutiny.

On Generals Mattis and Kelly,. President Trump appears to have made the fatal mistake to think a uniform guarantees Patriotism.

Blue Democrat States are openly initiating plans to dismantle their police forces and replace them with brown shirts. The Obama-Biden Justice Department Spokesman has called for defunding the police.

These rebellious States could well be the testing ground for brute force running a city.

The Civil War now raging in America has polarised and divided Blue State from Red State, American from American, Religion from Religion, Democrat from Republican like never before.

Of that there can be no doubt or equivalence.

Where is this all heading ? Who is behind this apparent Insurgency ?

Some speculate that Bill Gates/George Soros are the main players that are funding the overthrow of President Trump and the Constitutional Republic of the USA ? Who knows.

The #InsurrectionAct can be lawfully used at the discretion of the Commander in Chief—that’s President Trump .

In the event of Insurrection being confirmed, President Trump should Identify, Invalidate and Arrest the Leaders of the Organisations behind this Stated Insurrection.

One can only but speculate. If this becomes all out Civil War in the USA, we could well witness a Red State and Blue State divide and secede with battle lines be drawn, that will seperate the Republic in two adverserial and contentious pieces.

Would Blue States declare a Unilateral Declaration of Independence upon Secession ?

And would Blue States run by Democrats, Antifa and BLM and arguably headed by Barack Hussein Obama and his Regime call up UN and  Friendly Foreign Military Forces, with the potential supply of Nuclear and Biological Weapons to wage All Out War on the Red States under President Trump ?.

Nowadays, Anything is Possible, given the Current State of Play.

In Case You Missed It:  Fast food packaging responsible for nearly half of all ocean plastics, study finds
Posted in Freedoms.

US vs. China: 5 Smart Ways to Keep Pushing Back