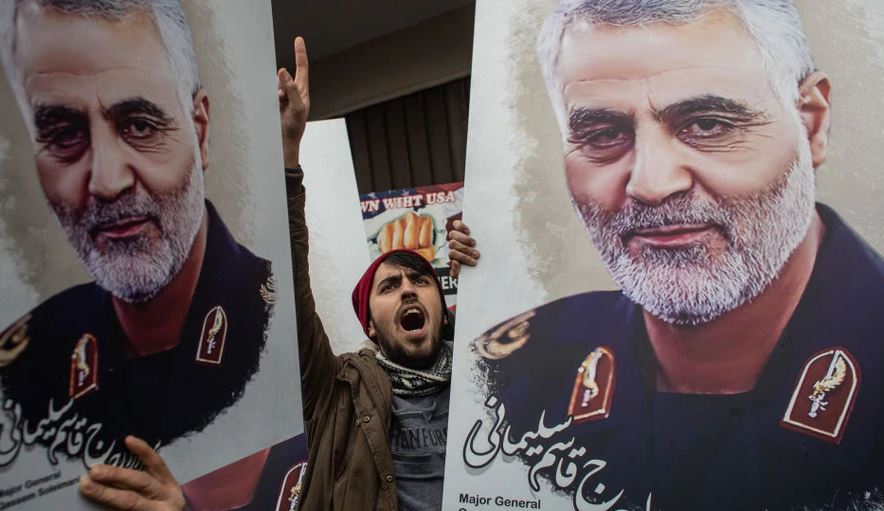 Rifts are growing between Iran and its militia groups in Iraq six months after the death of top general and terror leader Qassem Soleimani.

Soleimani and top militia leader Abu Mahdi al-Muhandis, both designated terrorists by the U.S., died in a U.S. drone strike in January. Soleimani’s spot at the top of Iran’s Quds Force was filled by Esmail Ghaani, who has been unable to replicate the level of devotion Iran’s proxy forces showed to his predecessor, The Associated Press reports.

The silver ring incident is one example of how U.S. sanctions and a global oil glut have devastated Iran’s economy. Iranian leaders are now struggling to maintain stability at home, much less among its network of militia and terror groups throughout the Middle East. The passport is a small example of a growing separation between the government of Iraq and Tehran.

The militia groups, together known as the Popular Mobilization Forces, are a significant political power in Iraq and are thought to control a plurality of seats in Iraq’s parliament. The PMF fought alongside U.S. and Iraqi security forces against the Islamic State, though as recently as late last year, Iraqi officials were concerned of being caught in the middle of a proxy fight between Washington and Tehran.

Those tensions peaked in January when President Trump ordered a drone strike on Soleimani as he was conducting business in Iraq. The strike also killed al-Muhandis. Iran retaliated by launching about a dozen ballistic missiles into an Iraqi military base where U.S. troops were stationed. No Americans nor Iraqis were killed in the bombing, though dozens were treated for concussions.

“All is well! Missiles launched from Iran at two military bases located in Iraq. Assessment of casualties & damages taking place now. So far, so good! We have the most powerful and well equipped military anywhere in the world, by far! I will be making a statement tomorrow morning,” Trump tweeted after the attack, marking an end to the escalation.

In the months since the missile attack, Iran’s already severe problems have continued to escalate with the outbreak of the coronavirus and a trade war between Russia and Saudi Arabia that sent global oil prices plummeting. Though Moscow and Riyadh have since reached an agreement, the oil market has been slow to recover under the combined effects of an oil glut and low demand.

Marine Gen. Kenneth McKenzie, who oversees U.S. Central Command, told Military.com that “I think [Soleimani’s death] has set them back,” though he did not want to paint a “rosy picture” of U.S.-Iranian relations.

“They have seen we have the capability and the will to respond,” McKenzie said. “That’s why we’ve seen a decline in those tensions.”

The Floyd Riots Mark a Century of Communist Agitation

By Jack Cashill On the evening of June 10, in the midst of an impromptu desecration festival in Portsmouth, Virginia,...