If we allow the Black Lives Matter movement to become America’s Bolshevik Revolution, we will lose our liberty, and many of us will likely lose our lives, as well, for daring to question them.  This was never about racism.  It has been about power an. 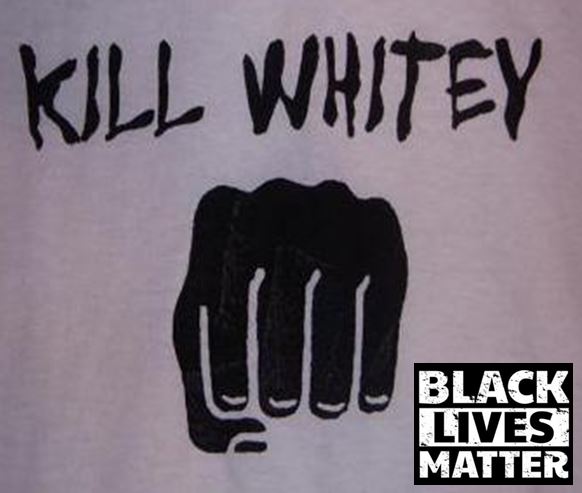 Classic totalitarian regimes share a number of common characteristics.  The rise of these regimes began with a cultural revolution, aimed at angering the citizens against the current system.  During that period domestic enemies are designated, and the people in the radical movement aiming at overthrowing the old system rally together against those common enemies, calling it a common struggle, as they adopt a new official ideology that stands significantly apart from the old one.  They seek to control every aspect of the lives of their people, enlisting everyone they can to participate in the struggle.  Even persons who may belong to enemy classes or groups join up, hoping to receive mercy when the new regime gains control.  In Stalin’s Russia and Mao’s China the enemies were anyone who reminded them of the old system, and anyone who could challenge them if left with enough power.  The state enemies were the capitalists, landlords, richer peasants and foreign agents of all kinds. Nazi Germany included those outside the national community, which included socialists (even though Nazism was a form of socialism) and communists, Jews, Christians, and any ethnic minorities that did not fit into the German model of a loyal elite specimen.

The goal of each of the totalitarian regimes of the past were to eliminate the old system, eradicate any history or remnant of the old regimes, and create a dominant single party that stood as a rebellious alternative of the traditional State.  Then, once in power, the perceived enemies were murdered or imprisoned, as were many of their allies for the crime of knowing too much.  The younger generation was used as a controlling mechanism, taught to tattle on their older counterparts for not being one hundred percent in favor of the new party in charge.  The youngsters were uniformed and organized into militias to turn their energies towards advancing the party line, and improving upon the power of the 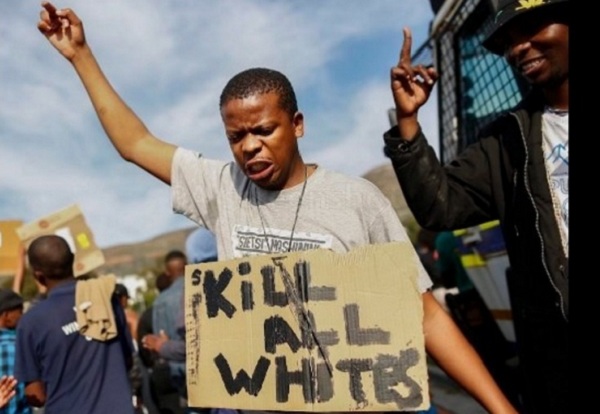 In each case anything that even resembled the free market was eliminated, and the new government controlled the economy.  They took over the means of production either by taking control of it and nationalizing it, or through heavy regulations (as we saw in Italy and Germany).  The immigration structure was altered, they orchestrated a break-down of morality and what were considered moral norms in their culture, they worked on the destruction of the nuclear family, they forcibly reallocated farmland, they formed a socialist economy that was designed to redistribute the wealth away from the designated domestic enemies into the hands of those revolutionaries who deserved some kind of reparations for what was allegedly lost at the hands of the domestic enemies, and early on looting and rioting was encouraged and championed.  Interestingly, the list I just gave you was not just something the NAZIs and communists did, but is also a list of demands currently being voiced by Black Lives Matter.

Public expression was also controlled by past dictatorial regimes so that no dissent could emerge.  If dissent was spotted, the party members acted as a mob, actively mobilized to quell the dissent in the name of the “people’s struggle” against a constant list of enemies.  Again, Black Lives Matter fits the bill on this one, too.

These regimes exaggerated real problems, and real aspects of human nature, and created an on-going 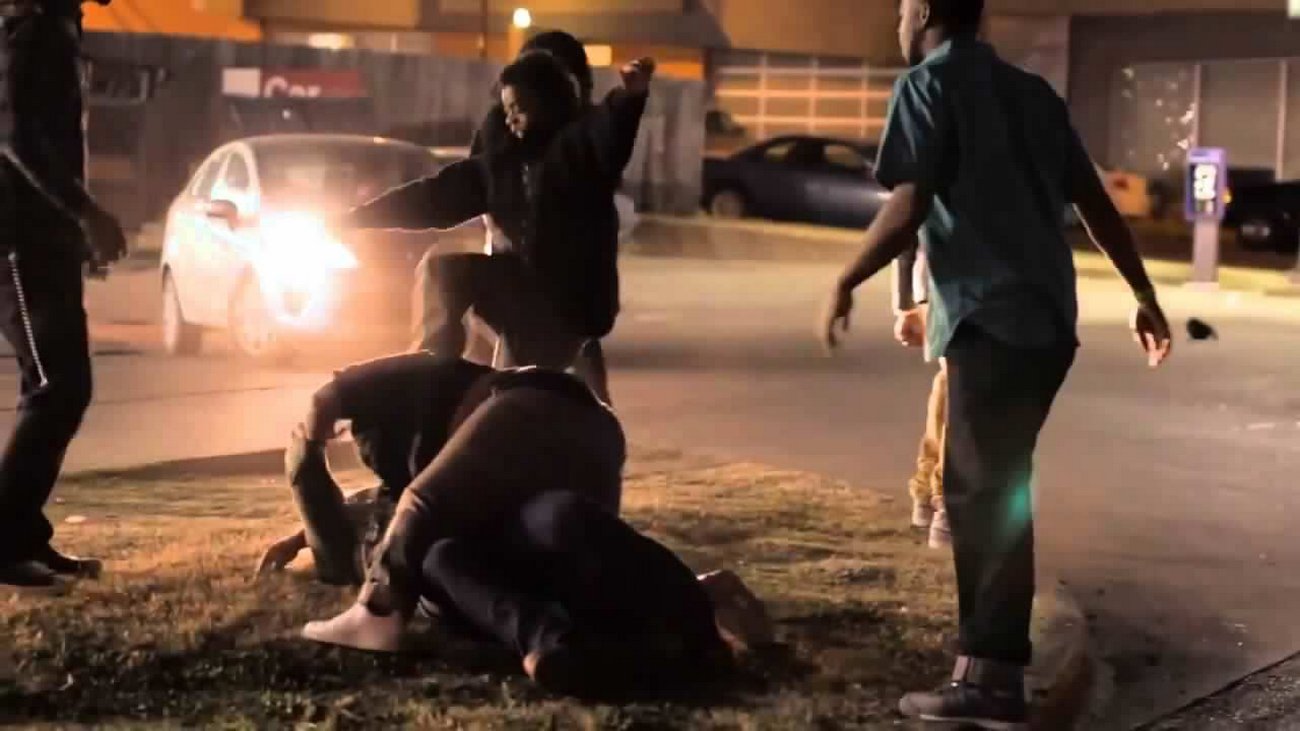 revolution against their enemies.  It was a common struggle to liberate the people from whomever the leadership designated as an enemy.  To not pull the party line was to be socially asleep, or an agent of the enemy, which then would place the person under great scrutiny, and if they remained uncorrected, they would be ridiculed, shamed, and eventually jailed, or murdered.

The fuel was passion, and anger, and a common demand for answers.

Black Lives Matter is an embodiment of everything that the 20th Century dictatorships were.  The designated enemies may be different, and some of the alleged struggles may go by slightly different names, but underneath it all, Black Lives Matter is no different than fascism, communism, and any other dictatorial regime one can think of.  And the bad part about it is that at this very moment the popularity of Black Lives Matter in the United States is greater, according to polls, than any political party, and any religious organization or sect.  The Brown Shirts, Black Shirts, and Bolsheviks are all rolled into one, and they are here to overthrow our U.S. Constitution.

Eventually, Black Lives Matter will lose its appeal, and the players will grow weary of the struggle.  The regime will weaken, and when they try to invigorate their revolutionaries for a new fight in order to strengthen the resolve of the regime and its followers, they will find that all of their enemies are dead or in exile, and the problem can no longer be blamed on others.  However, it could take half a century, or more, before that happens, and in a Black Lives Matter America the damage will already have been done.  The death of liberty and the annihilation of the free market will have left a long path of sorrow and misery following it.  By then, the enemy will only be themselves, and as all regimes in history, the struggle will turn inward, and the murders will be against their own.  Through the paranoia imaginary enemies will be concocted, where nobody is safe from the suspicions of one’s neighbors or children.  People begin to vanish, and the party begins to struggle to hold on to control.

Black Lives Matter, like all past dictatorial regimes, has successfully unleashed the passions of many members of the public.  The campaigns of terror are in full swing, in the name of protesting, in the name of social justice, and in the name of standing against racism.  They claim that science and reason are in their corner, when, like Stalin and Mao of the Soviet Union and Communist China, it is all a great big lie.  They claim whites have unfair privilege and must be forced to kneel to their true overlords, as Hitler did with the Jews when he believed it would allow him to create a better Germany.  In the end, as with all violent totalitarian regimes, violence will bring them down just as violence brought them into power.

Tucker on the incredible popularity of Black Lives Matter 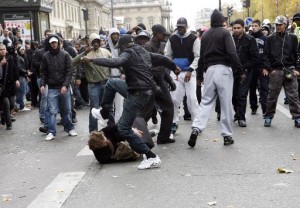 It has gone beyond a demand for equality. Equality is no longer acceptable. If one were to say “All Lives Matter,” for example, that is now unacceptable, and racist. Only “Black Lives Matter” we are told. White lives don’t matter because of what your ancestors allegedly did a couple hundred years ago. Christianity and the American System is based on the idea of equality in the eyes of God, and equality in opportunity (or at least the attempt to create a system that accomplishes such), but now if you say that out loud, you are called a racist, and your very life could be at risk. Dissent is hate speech. You could be fired from your job, or in some cases, fined and jailed for daring to speak out against the rising totalitarian regime known as Black Lives Matter because such murmurings could be considered “hate speech”.

The latest demand by Black Lives Matter is ridiculous, yet it is happening. It began with a chant, “defund the police,” and now has advanced to cries to abolish the police. The City of Minneapolis is in the process of doing exactly that. When asked on CNN who, then, if the police were gone, should we call in the middle of the night while our house is being burglarized, a member of the Minneapolis city council said that the question “comes from a place of privilege.” In other words, if some feel like law enforcement is not on their side, everyone should feel that way, otherwise, you have an unfair privilege, and you are racist.

Black Lives Matter is enjoying a rise to power largely because of the liberal media.  Any counter-arguments against their claims are going unheard.  CNN, MSNBC, NPR, the alphabet networks, and any of the other liberal outlets aren’t going to report any criticism of Black Lives Matter.  And as Hitler’s team explained, if you tell a lie often enough, it becomes the truth.  In this case, if you tell one side of the story, and the other side is never heard, it becomes true.

Unchallenged claims must be true, therefore, Black Lives Matter must be on to something.  The polls say so.

Black Lives Matter is achieving their power in the same way past revolutionaries did.  Through force.  They break things, they burn things, and they hurt anyone who gets in the way.  They believe they deserve whatever they want, and if you don’t give it to them, they will take it.  Then, on the way out, they will set your business on fire.  They occupy, they terrorize, and nobody is willing to stop them, because if you do, you are a racist.  They know this.  They know you are paralyzed by your fear of them, and fear of being considered racist.  They have a message. Step out of line and we will hurt you, your family, or your business.  That is the strategy of Black Lives Matter, and it is becoming the strategy of the Democrat Party.  If you are afraid to defy the mob, the mob rules.

The Framers of the U.S. Constitution created this system to protect us from the mob.  That is why they created a constitutional republic, not a democracy (as some people like to say).  Democracy is historically a transitional type of government.  When the mobs of democracy begin to take control, which usually accompanies a continuous vote for benefits from the treasury, liberty breaks down and dictators begin to take control.

If we allow the Black Lives Matter movement to become America’s Bolshevik Revolution, we will lose our liberty, and many of us will likely lose our lives, as well, for daring to question them.  This was never about racism.  It has been about power and control since the very beginning.  Black Lives Matter seeks to overthrow the U.S. Constitution, and replace our system with a Marxist-based government that destroys liberty and the free market, and places their radical leaders in control of the country.  If we don’t stop it, and recognize the revolutionary nature of what is going on, America will disappear forever.  And, if there is no America, Liberty dies worldwide.

The new series starring the Hotel Rwanda actor, Hakeem Kae-Kazim, and rapper Saigon fantasises about an alternative history where white men and women are slaves who get brutalised, raped and even hanged.

The word “cracker” or “cracka” — much like the N-word — is the racist and contemptuous term, only it used to insult white people. So, Dale — wanting to be as offensive to white people as possible .

While President Donald Trump has endured criticism from some for planning to hold one of his first political campaign rallies...