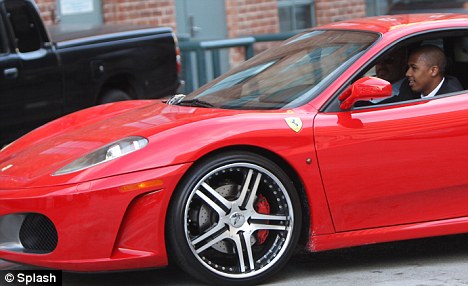 I was born at the end of World War II, into the Boomer generation.  At that time, there was systemic racism throughout the United States, not just in the South, as some in other parts of the country would have you believe.

The country functioned under laws that divided blacks from all other ethnic groups (even other minorities; Mexicans and Asians were part of white America).  My parents’ generation and those who came before them experienced even more injustice than did my generation.

That said, today, what is transpiring is not systemic racism, but rather a skillful manipulation of poorly educated (including some who have college degrees), resentful American blacks, who are oblivious to being used.  They are “useful idiots.”  Documentation abounds revealing Democrat party complicity in the destruction of the black community, so I will not reiterate those facts here.

One must have lived through systemic racism to know that what we have today is not it, but is rather a sinister, malevolent plan to destroy America as founded.

Much of the current problem with American blacks stems from pathologies introduced into the community by ideological progressives, primarily Democrats.

These pathologies include a dearth of fathers in homes, where children need them; the willingness to kill black children in the womb before they are born; brainwashing that’s pawned off as “education” in school systems; a complete lack of respect and honor for the traditional family and its virtues; an even more complete lack of respect for the law and any of its representatives; and the denial of the same God who enabled our ancestors to endure Hell on Earth, that they might pass on to us later generations the immense potential this nation offers.

From this vantage point, I will proceed with my conception of what’s going on and how the nation should respond.

America cannot survive with guilt-conflicted white leaders and decision-makers across the political spectrum, who pander to racist minorities (blacks or any others).

We all, to the degree we don’t have it, must develop the will to reject bogus claims of racism in policing, touted by blacks who are themselves racists.  There is no “systemic racism” in police departments throughout the nation.  That is a lie.  It is perpetrated to cover over the genuine problems in the black community.

Police officers and other law-enforcers are not hired to be psychiatrists or social workers or spiritual leaders.  That is not what they should be “retrained” to do.  People who already have those skills should be called upon for that duty.  I contend that such professionals working earnestly in troubled communities will free police officers to manage law and order properly.  That is the job for which they are hired, and why many are drawn to law enforcement.  They want to enforce the law and protect citizens, because they are, after all, a part of the citizenry.

I’m fully aware that in a perverted, twisted culture as America’s has become, many will push back from any positive, especially spiritual steps to heal the black community.  This kind of healing will greatly reduce the effectiveness of the “racism” narrative, which progressives sorely need to further their cause of destroying America from within.  The resentment and hatefulness of so many blacks today is an effective tool for achieving that end: America’s destruction.

Centuries ago, blacks were slaves.  Now they are pawns — bondage is still bondage, whatever name you ascribe to it.

Therefore, my sincere admonition to President Trump and all those working with him is to reject completely any calls to single out blacks for more attention than he would grant to other Americans, especially those suffering pain from violence that has touched their lives.  To do otherwise is to pander.  He must continue to speak of blacks in the context of all other Americans and how what he does is for the good of all citizens.

President Trump must not accept the weak position (put forth by Dick Morris, a supporter) that he must show more sympathy toward the unique plight of American blacks.

Colin Powell, a retired military general, and others of his stature, I’m told, have been looked upon suspiciously on more than one occasion in their lives because they are black men.  Some have been stopped by police officers on suspicion.  I heard recently that Senator Tim Scott, who is black, is sometimes delayed when he comes into the Capitol Building, even with his congressional ID pin on display.  To this, I say, “That’s life.”

If these men want sympathy (and neither has asked for it), I question their masculinity.  A man does not get very far in life if he’s a wimp, and these men have excelled in their fields.  Contrary to what Dick Morris thinks, I don’t think mature black men need that kind of coddling.  Neither do independent-thinking blacks, in general.

Male relatives of mine, in previous generations, were physically attacked, with the intent of displaying hatefulness, and with the law on the perpetrators’ side.  This is very different from someone individually displaying insensitivity toward a black person, sometimes without intent.

I would wager that many encounters with black people involve unintentional slights.  As a black female, I am aware that how white people respond to me (especially white men) differs from their response to black men.

Young black men, today, have a reputation for violence; that statistical fact plays into how people respond to black men in general.  Even Jesse Jackson, a former black Democrat candidate for president of the United States, admitted a few years back to being inclined to move to the other side of the street if he saw a group of black males approaching at night.

I too have occasionally encountered behavior from white people that some would interpret as “racist,” but I choose to ignore it.  Thin skin is not one of my traits.  There could be multiple reasons someone comes across as unaccepting of me, and not one of them has to involve my race.

It is despicable for us as a nation to allow every perceived affront from a white person to a black person to be codified as “systemic racism.”  This tactic weakens our ability to identify and dissolve true racism when it does occur.  It also enhances the strength of race hucksters.

My thinking is that the only thing President Trump must do, now, is what he has done over the past four years.  He has provided equal opportunity for blacks and all Americans to take advantage of what this nation offers.  Lest we forget, other groups have suffered discrimination in this country, Irish, Japanese, and Jews among them.  Emphasizing blacks over others breeds envy and hatred.

Patriot conservatives must never kneel to anyone except Almighty God. Kneeling implies subservience, no matter the circumstances.

I was greatly disturbed by law officers kneeling before the mobs of protesters across the nation.  It doesn’t matter that some in the mob also knelt.

I understand why some officers chose to interpret the behavior as a sign of peace.  And I think those who initiated the stance did so more out of fear than anything else.  These men and women charged with maintaining order have families and obligations.  It probably seemed prudent not to risk being maimed or killed, given the makeup of the thugs surrounding them.  They probably also knew that leftist city officials did not have their backs.  I get it.

What we must never lose sight of, however, is that we are in a war for the soul of this nation.  The current battle (thugs protesting and rioting in the streets) is not at all about race, and it’s not about police; that’s the ploy.  Sinister forces, powerful and wealthy, seek to take this nation down and replace it with something dark and deadly.

I choose to fight those forces, and I sincerely hope a majority of my fellow Americans, whatever their ethnicity, will do the same.

The war has recently heated up with the travesty of Supreme Court justices Roberts’s and Gorsuch’s lethal blow to Judeo-Christianity and individual freedom in this country.  They have decreed that sexual orientation (that is, homosexuality and transgenderism) is included in the definition of “sex” (male and female) written into current civil rights law.  This travesty is akin to the Court’s past decree that unborn children in America can be murdered with impunity.

It is time, my fellow Americans and especially Bible Christians, to say, “We will not conform,” either to racist activism or to judicial tyranny.  May the God of the Universe be at our backs, because we are in a pitched battle for our survival.

By Andrea Widburg On Wednesday, news broke that was so big that (at least as of this writing) both the New York...