General Michael Flynn had to be removed.  He knew too much.  He had to be shut down and silenced.  He was the primary Deep State target. 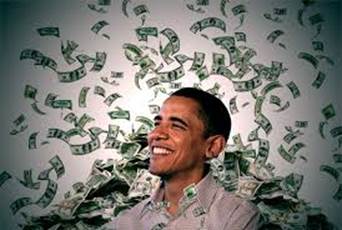 Sidney Powell was on the Vicki McKenna radio show and she dropped another bomb.  Per a report from Lifezette, General Michael Flynn’s attorney Sidney Powell shared the following:

He was going to audit the intel agencies because he knew about the billions Brennan and Company (Obama) were running off the books,” Powell said, referring to former CIA Director John Brennan.

Powell began her interview noting at the 1:00 mark that when she took over the Flynn case three things were very, very troubling and egregious:

One – he was not properly informed of what the government had even disclosed to his defense lawyers prior to the plea.

Secondly, the government didn’t disclose a fraction of what it should have disclosed (i.e. the whole case was made up).

And three, he was prosecuted and threatened with the prosecution of his son.  That’s how they coerced the guilty plea.  It was just unconscionable conduct to threaten to indict him and his son the very next day and give them the Manafort treatment if he didn’t enter his plea right then, and I’m convinced it’s because they knew right then the press was going to explode with the Strzok-Page text messages and everything.

Then Powell drops the bomb at the 5:50 mark where she discloses that Flynn was going to audit the Intel agencies because he knew about the billions former CIA Director John Brennan was running off the books.

It was all about money and power.  It always is with the Democrats!

In his recent remarks about the challenges that China presents to free societies, Secretary of State Mike Pompeo offered a...