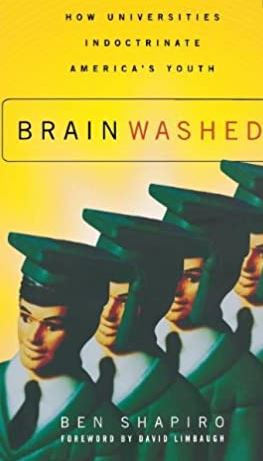 Fed up with Defund the Police? Worried that hordes of “peaceful protestors” might soon show up to burn and pillage your neighborhood? Want to make your views known but unsure where to begin?

Here’s a way to hit back: defund the universities.

It’s no secret that much of the radical ideology fueling the Black Lives Matter and Antifa riots are the product of our dysfunctional higher educational system. Universities today are almost 100% hard left-wing bubbles, openly hostile to any conservative thought. They are intolerant of opposing opinions, the very opposite of the kind of dialogue intended for higher education, and so desperately needed today. These Molotov-cocktail wielding radicals are the end product of years of propaganda from left-wing professors.

Colleges may hate conservatives, but they will be forced to listen – and change – if you target their pocketbooks. And colleges and universities are vulnerable, especially with the current double-whammy of lower student enrollment and the coronavirus taking its toll.

Here’s a modest outline of how to begin. Ideally some enterprising legislator will help to put these into law. If BLM can force “radical change” on society why can’t conservatives push through a few modest proposals of our own?

Stop Donating:
Every alumnus should write to their college ASAP to state that not a single penny will be given until things change significantly. This is your chance to be heard, so let them have it with both barrels! (I’ve attached my letter to Duke below). In fact, go it one better and tell them that you will do your best to convince other alumni to stop donating as well. We are in an ideological war – you need to show them whose side you are on.

[If you are reading this, please do this now. And even if you had no intention of giving money, tell them that you were – a lot.]

Halt Student Loan Guarantees:
The higher education system is kept afloat by a sea of student loan debt, much of it guaranteed by the Federal Government. This amounts to a huge subsidy, estimated at $100 to $250 billion per year, funded by our tax dollars. It’s long past time to stop this madness– let the universities compete in the marketplace without these kinds of perverse incentives (and watch those Diversity Deans collect pink slips).

Again, hit them in the pocketbook. Why should Harvard not pay a penny of taxes on its $40+ billion endowment? It’s always irked me that someone like Elizabeth Warren can rant about businesses “paying their fair share of taxes” while taking a high six-figure salary from an uber-rich institution that doesn’t pay any taxes at all. Tax them now!

[My letter to Duke follows]

I am very sorry to have to write you this letter, but I feel I no longer have any choice.

As you know I was considering a major donation to Duke University. However, after learning of President Price’s “structural racism” initiatives, I will no longer be donating to Duke. In fact, I will make it my priority to convince other alumni not to donate as well.

I am shocked and appalled to see the direction that Duke University has chosen to take. I am ashamed to be a Duke alumnus, and am worried and indeed horrified at what this once great institution is becoming. 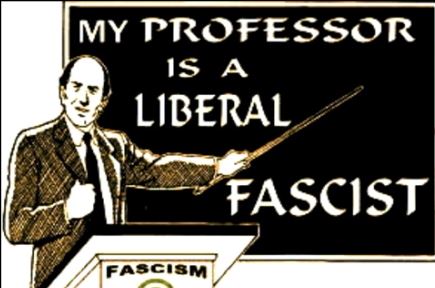 President Price’s recent announcement to go all-in on a “structural racism” ideology insures that Duke will become a place where racial grievances are magnified, and where people are judged and rewarded based on the color of their skin and actions of their ancestors. Ironically this kind of ideology is the very definition of racism, and the polar opposite of Martin Luther King’s vision for a color-blind society.

This radical “anti-bias” ideology is anathema to higher learning, and barely existed a decade ago. And yet President Price now wants to “ensure every student leaves Duke with an understanding of the nature of structural racism.”

This is indoctrination, pure and simple. It is no different than what was seen in China’s Cultural Revolution. Force feeding any kind of ideology – much less a newly created, radical one – does not belong in a free society, much less in a supposed bastion of higher learning.

I wonder, will an allowance be made for those students who do not wish to be “trained” in such a racially-charged ideology? I’m guessing not – like the victims of Communist dictatorships, they will be made to obey whether they like it or not.

The philosophical underpinnings of “structural racism” are also deeply ignorant. Students of history recognize that slavery and inequities have been a part of the human experience for millennia. Simplistic slogans attacking “white privilege” ignore this background (in fact the very word “slave” is derived from the Slavic peoples – who are now ironically lumped in with the oppressors).

The Duke University I knew and loved is long gone, destroyed by radicals seeking political power at the expense of free speech and learned discussion.

This is a travesty.

Jay Latimer is the pen name of a Duke University alumnus

Court to Lawmakers: It’s Not OK to Treat Churches and Businesses Differently During COVID-19

You can treat churches differently—but you can’t get away with it. That was one federal court’s message to New York...